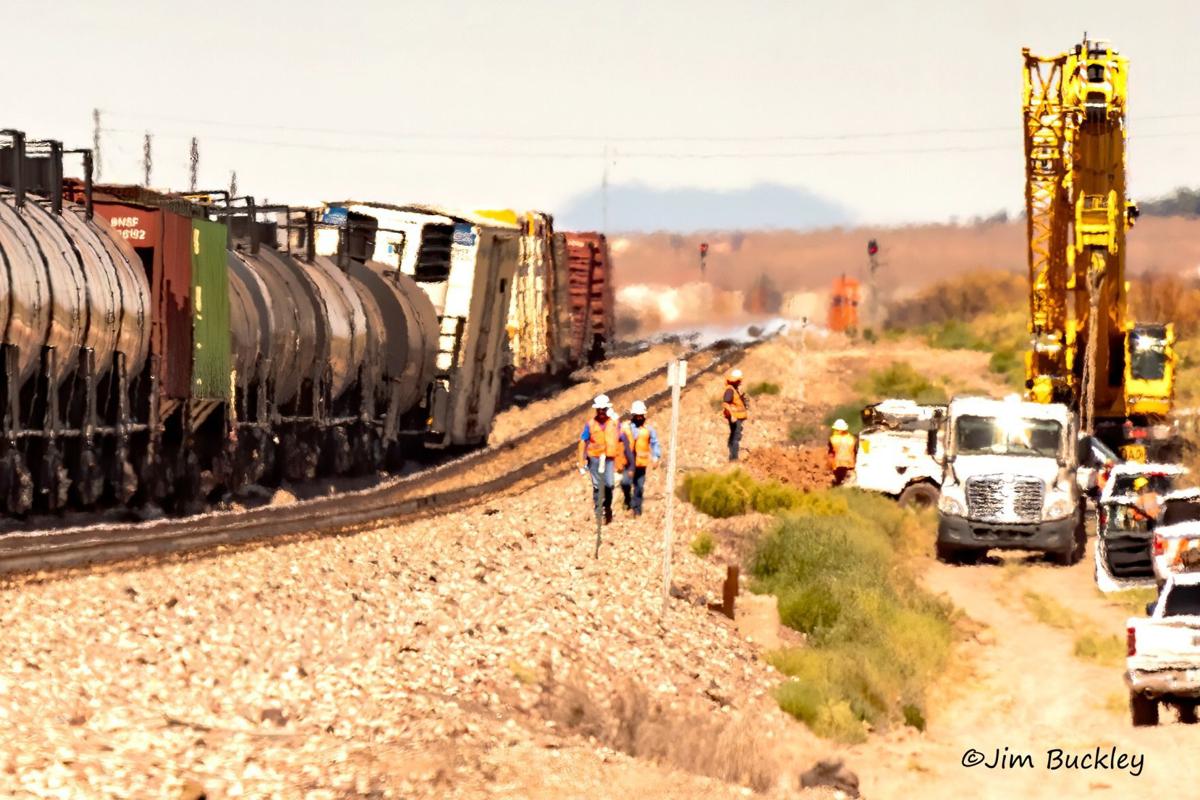 Several BNSF Railway cars derailed on Monday morning about 6:30 a.m. This photo was taken by Winslow resident, Jim Buckley. The photo was taken with a telephoto lens so that he was able to remain a safe distance from the site. 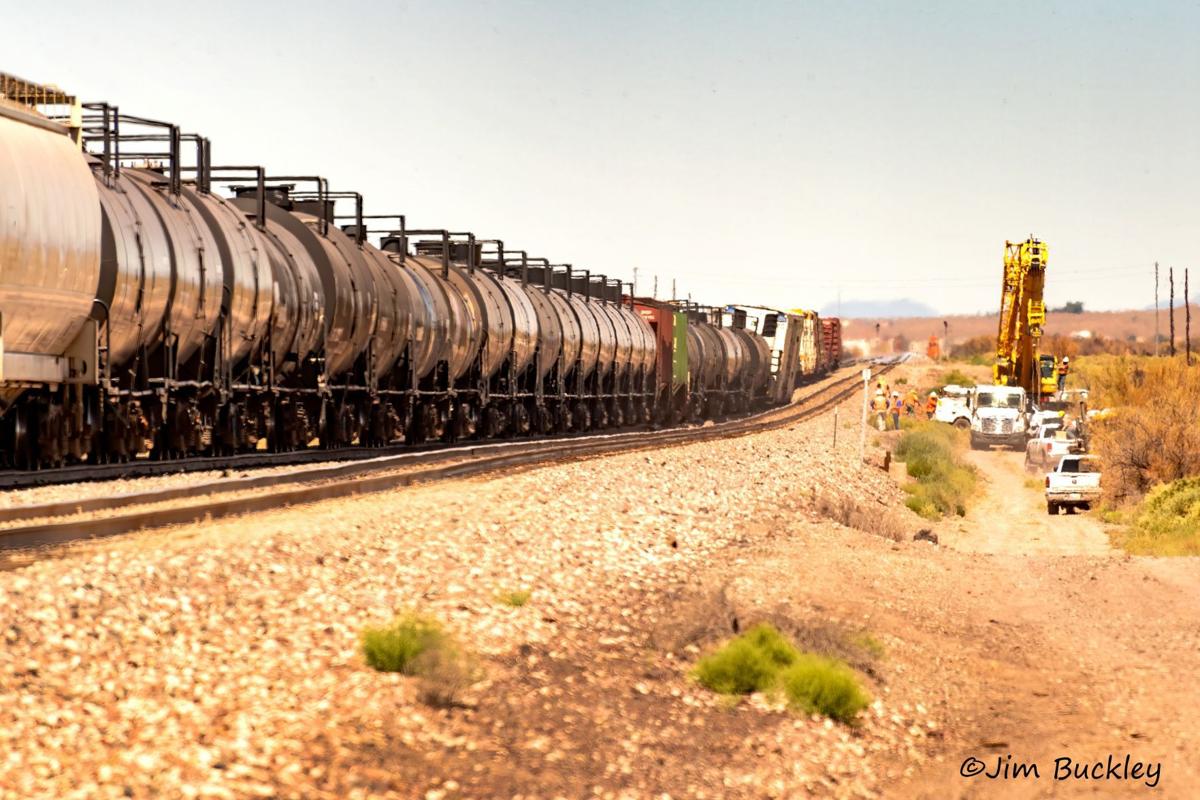 The BNSF Railway train is stopped after several cars derailed the morning of Monday, July 6. The train was traveling westbound just outside of Winslow. No one was injured in the accident.

Joseph City Volunteer Fire Department responded to the derailment site as well as BNSF field personnel. No injuries were reported and none of the cars contained hazmat materials, according to Ben Wilemon, External Corporate Communications.

A total of 29 cars derailed which originally obstructed two main tracks. "Our crews reopened one main track that evening at 5:00 p.m., and they reopened the second main track today at 12:05 p.m.," confirmed Wilemon.

The cause of the derailment is under investigation.

A Winslow resident named Jim Buckley heard about the incident, drove to the area and took a few pictures from a secure area outside the site.

"Due to the heat waves, I was a good distance from the scene, (probably 1/8 mile or so), using a long telephoto lens, so I wasn't able to talk to any of the workers," said Buckley.

This particular stretch of track was anticipated to have 61 trains running through the location in the 24 hours following the incident. As a result, train travel from Needles, California and Belen, New Mexico was suspended.

The accident did not interfere or delay vehicle traffic on Interstate 40, according to the Arizona Department of Transportation's website and AZ511 Alert System.

BNSF is "the product of nearly 400 different railroad lines that merged or were acquired over the course of 170 years," according to the company's website.