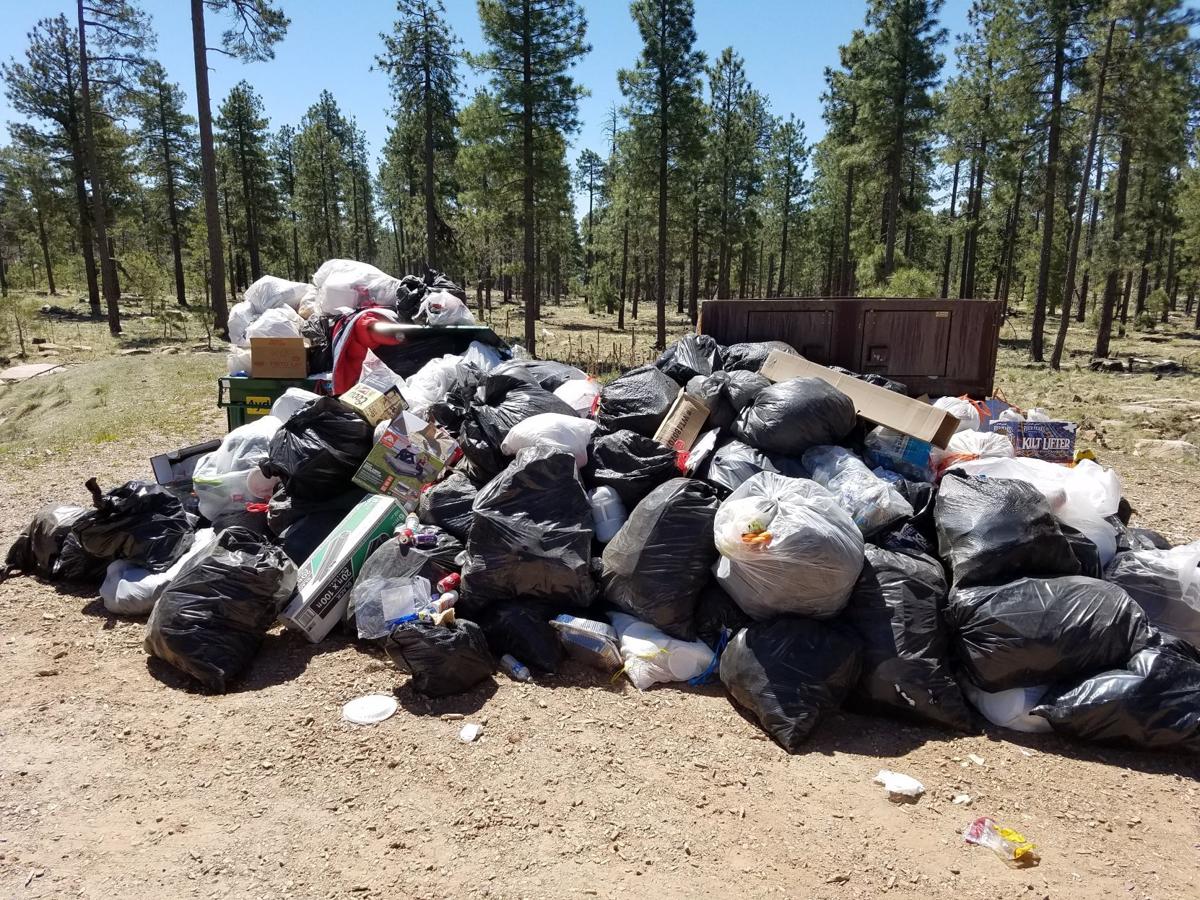 This is an overflowing dumpster in the Apache-Sitgreaves National Forests campground. “Pack it in- pack it out” and “Leave No Trace” has not been the case since early May when people began recreating in forest campgrounds. 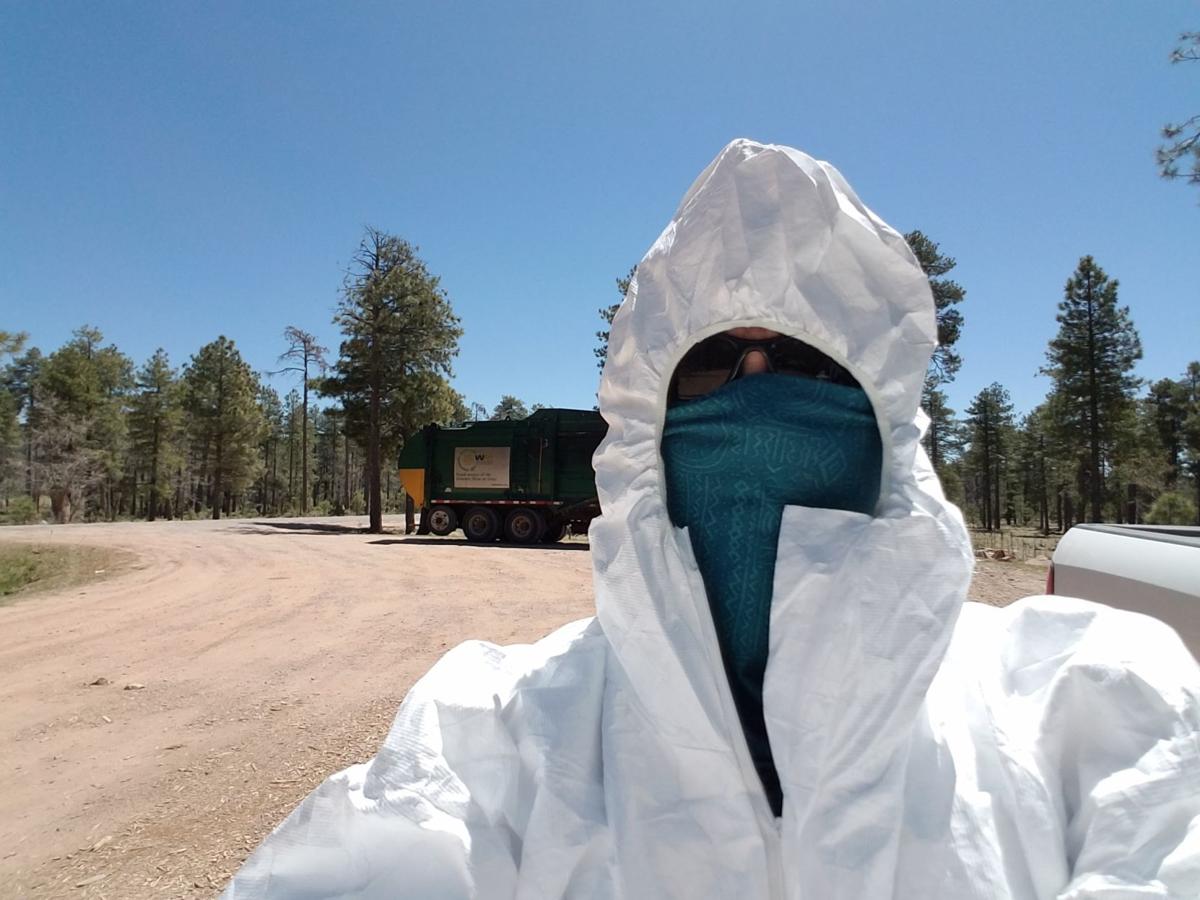 A recreation technician is wearing a TYVEC hazard materials suit to protect themselves from the hazardous waste left in the forest. Starting in early May, forest visitors have left behind garbage, debris, feces and syringes. (The USFS usually starts the season with enough suits for technicians to have when they do field work, but with shortages of PPE they do not have enough for the whole summer.) 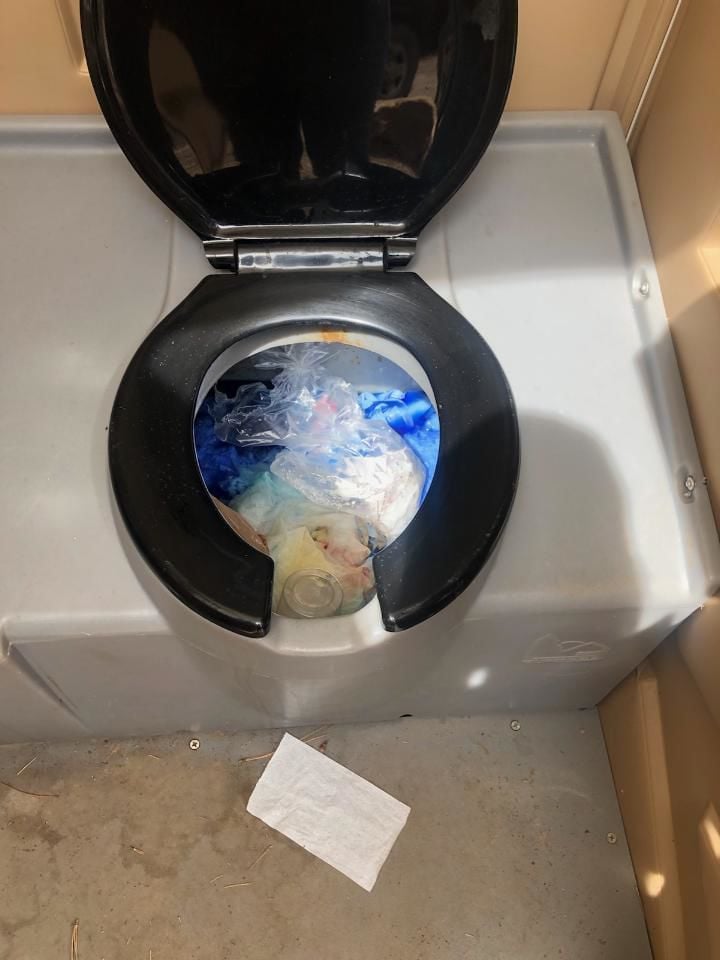 A campground toilet overflows with trash, debris and plastic items. Recreation and forest personnel are faced with the removal and clean up of this nature at a time when Personal Protective Equipment (PPE) is very limited. 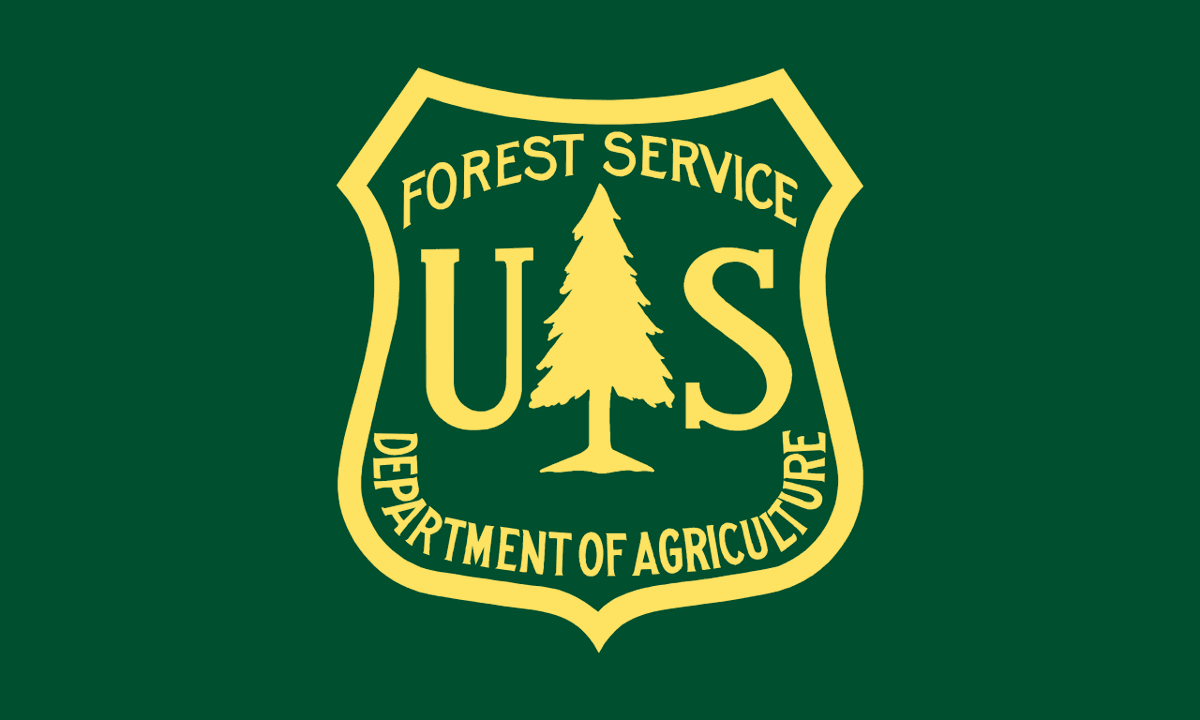 WHITE MOUNTAINS — Wildfire season is here but there is another danger in the forest which is not so subtle — trash. Forest visitors and campers have been leaving inordinate amounts of trash in the Apache-Sitgreaves National Forests (ASNF), according to USFS officials.

“We have not only seen mass amounts of trash left behind, we have also had many sanitation violations (feces being around and near closed restrooms),” says ASNF Public Affairs Officer Kacy Ellsworth.

“Our forest visitors are purchasing buckets for their human waste and then leaving them behind at their campsite,” confirms Ellsworth. “They are also purchasing two cheap tents, one to use as a bathroom and the other to sleep in. In addition to buying two cheap tents, they are buying cheap blow up mattresses and other cheap gear, leaving it all behind and driving away.”

Ellsworth said that porta-pottys were put in place by contractors to alleviate their inability to open our facilities due to not having enough Personal Protective Equipment (PPE) to clean them. Sadly, after the first week, the contractor reported that the porta-pottys were “being overly used and abused by the public.”

Other hazardous material including syringes have been found by Forest Service staff. “The Waste Management employee that happened to be helping is the only person certified to pick syringes up for Waste Management,” informs Ellsworth. “This can shut down not only an area ... but it can shut down the entire dumpsite.”

In another area, someone “...left a bag of garbage and set it by a closed vault toilet,” says Ellsworth. “Ravens and crows smell the odor and rip open the bags and fling the garbage all over.”

The odors also draw bears and other rodents to the area which can cause not only safety issues but health issues, reminded Ellsworth. “If bears become habituated and lose their fear of people, they become more prone to coming into campsites for easy pickings,” she explains.

Forest staff are also finding motor vehicle use in non-motorized areas with signs damaging, and in some areas, irreversible vegetation damage added Ellsworth.

In the meantime, forest officials have emphasized the need for everyone to respect the land, the forest and those that are tasked with cleaning up after the careless.

“We have become great because of the lavish use of our resources. But the time has come to inquire seriously what will happen when our forests are gone...”, is an important reminder spoken by Theodore Roosevelt.

"Our forest visitors are purchasing buckets for their human waste and then leaving them behind at their campsite."

"One of our recreation technicians and a Waste Management employee were throwing the overflow garbage into a dumpster when three syringes fell to the ground."

“We have become great because of the lavish use of our resources. But the time has come to inquire seriously what will happen when our forests are gone...”, is an important reminder spoken by Theodore Roosevelt.

Absolutely disgusting; feel sorry for the personnel who have to clean up after those ignorant louts.

And everyone wonders why the virus is here. To replenish and purify. Karma exists and those people will get it.

Well the idiots are just that idiots. The are not very respectable. The forest service should start finger printing the trash, find out whom did this and fine the heck out of them. Then along with the fine mandatory forest clean up as well.

Just a matter of time before the forest is closed because of this. That would reduce the fire danger from the idiot flat landers.

Yet another reason why public access to the forest is going to gradually be eliminated , as there are simply too - too many people who lack respect and do not know how to act . The Black Plague saved the ecology of Europe , up until the Industrial Revolutions at least , by having eliminated about one-third of the population . Perhaps it is time for history to repeat itself .

Maybe road blocks coming into our mountains to keep out if towners out!! No respect for nature or the people who live here or the beauty of the Creator. Keep them out!

Hummm, If the republican party doesn"t believe in science when it comes to excess carbon dioxide air pollution causing the biological hazard of climate change or science when it comes the Covid-19 virus, then it is logical that republicans don't believe the science that says that human trash, feces are not a biological hazard. Besides republicans hate President Theodore Roosevelt solely because he advocated for national forests and parks and people over corporations.

Oh cool, lats make this a political thing too. Well Al. While us Republicans on the mountain were at work, you and your democrats from the Valley were the slobs visiting us dumping trash in our forests. BTW, gotta be a Dem running the USFS show dont ya think Al?. Who else could be that ignorant to not see this coming? To use covid for an excuse to close the public facilities down and stop trash pickup is a pathetic excuse. Their picking up trash, not landmines.

correction "are a biological hazard"

ShowLowScott, It is both, a political and science thing. First of all, why is it that you republicans don't believe that human feces and used drug syringes left in a campsite are a biological hazard. That is a proven scientific fact. It has to be concluded that as a republican you reject such findings. Much like the republican party rejecting the science of climate change or the leader of the republicans, Donald Trump, in his first budget, reducing the EPA budget by 24% and reducing it's 15,000 employees by 20% or the firing of scientists from the EPAs 18 member Board of Scientific Counselors on April 28, 2017. Then on March 28,2017 your President "Cheeto" Trump signed an executive order to recind the Clean Power Act and later gutted the Clean Water Act. Moreover Scott, republicans, especially, Trump rejected warnings from the scientific medical community about the Covid 19 virus. Trump falsely called it a hoax, a ploy by the Democrats. The Union of Concerned Scientists has estimated that the republican Trump administration has recinded or gutted over 80 enviromental regulations meant to protect forests, air, water and humans.

Simple solution to find out who the evil trash droppers are. Finger print the cans bottles and oh as mentioned syringes too. Then go directly after the perps, heavy fines,trash duty in the forest all summer long. Then banned from coming to the forest for many years.

All it would take a dozen cases and word would get out.

Seems many locals take this trash dumping as something new or associated with tourist season. Take a ride across Lone Pine Dam rd, 133, or just about any other off the beaten path road. Couches,tires, house hold debris, dead horses and livestock. This takes place 24/7, 365. and its 95% locals. USFS has a $6 Billion a year budget. For under $100 each a quality game cam could be purchased and placed in a hidden location. Indisputable hard evidence could be had utilizing them to prosecute. But instead we get a excuse to shut down our public lands because "were understaffed". BS I Say, its called bad management with ulterior motives. USFS, your just another agency that needs it swamp drained.

I'm sorry but this is not a people problem.. The general public is not abusing your restrooms and trash dumpsters ...just tying to use them... given social distancing it should have been well foreseen that people would be spending more time Outdoors where transmission rates are pretty much 0%.. How hard is it to have the dumpster emptied? This is an epic FAILURE of managment. Pushing the blame on people getting out & trying the stay healthy is despicable.. If you receive our tax dollars , its you responsibility to serve the needs of the public.