SHOW LOW — Steve Slaton and Karen MacKean, co-owners of the Trumped Store and Coffee Shop in Show Low, spoke before the Show Low City Council during “Call to the Public” Tuesday, Feb. 18, proposing that Show Low be declared a 2nd Amendment sanctuary city. “There have been 30 bills introduced to take away the 2nd Amendment,” says Slaton. “It’s preposterous.”

Slaton asked that the proposal be included on a future council agenda and says he will introduce the same idea and document to Navajo County in the near future. 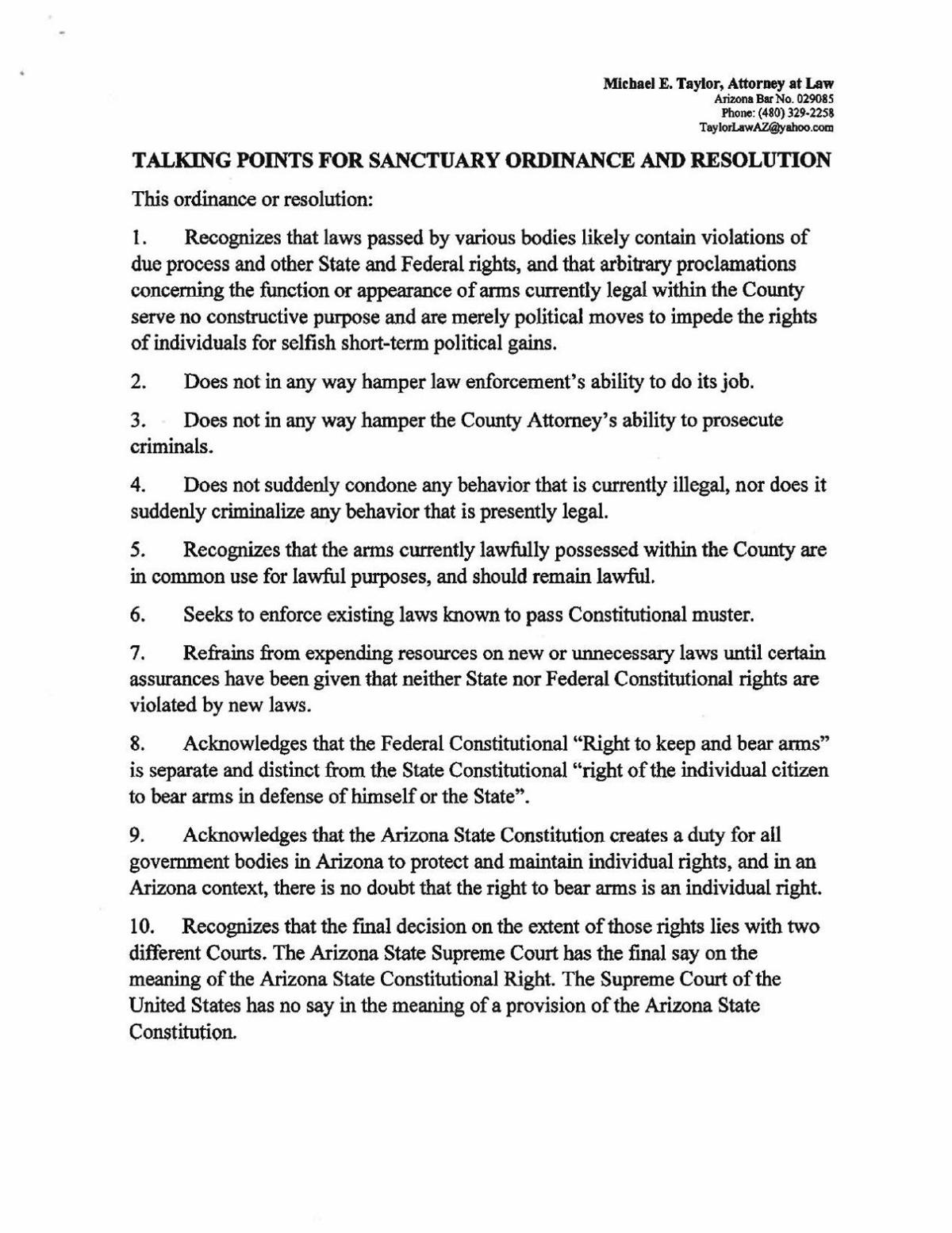 Talking points written by attorney Michael E. Taylor were included in the packet including 10 items relating to the proposed resolution relating to “the right to keep and bear arms.”

The proposal in its entirety may be seen by contacting Steve Slaton at slatonsteven58@gmail.com.

Even Maricopa County has passed a resolution expressing support for the right to keep and bear arms in the face of the continuing onslaught against it by such folks as Bloombergers, the Brady Bunch and the Giffords Gang. Why not Show Low and Navajo County?

And it's not just the Second Amendment... Article 2, Section 26 of the Arizona Constitution states, in part, "The right of the individual citizen to bear arms in defense of himself and that state shall not be impaired."

Good ideal. Why not?

I am so pleased to hear actions are being put into motion to get in front of this. Hearing Apache and the Navajo Counties working together, side by side to protect our rights and future is a Blessing.

Sadly, the last that I heard, the Navajo County supervisors are not prepared to follow suit with Apache County is such a declaration.

As per recent Federal Court ruling, the Federal Government will be withholding funds from Sanctuary Cities. They should change their status and go non-Sanctuary. Do not protect criminals!

This reminds me of the State’s efforts to fight any efforts by the Obama’s administration to impose ANY restriction of OUR rights, no matter what the reasoning. Because of those efforts, under NO circumstances, would the State’s driver licenses comply with the administration’s proposed federal requirements. So now - we all get to go to the MVD and get new licenses. Adopting special rules that are implemented to “outsmart” those liberals and left wing Democrats often bite us in the rear. Oh - by the way, it only takes about 4 hours and $20.00 to rectify the Driver’s license issue. Thank you AZ legislature for standing up to the Feds.