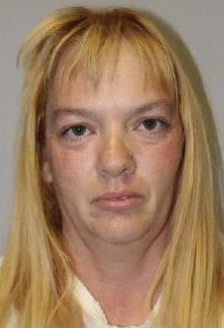 ST. JOHNS – Few court cases have garnered as much local interest in southern Apache County lately as the October 2019 alleged animal cruelty case from Concho and the suspected murder of Tessy Lou LaPorte of St. Johns. Both incidents were shocking to their respective communities and have impacted the lives of local residents deeply.

The St. Johns Justice Courtroom was unusually crowded during Denise Blackwood’s Feb. 5 appearance. Blackwood was arrested in October of 2019 after a number of dead dogs and other animals were found in pens and metal shipping containers on a property she had been renting near Concho. On Jan. 6, 2020, Blackwood, 45, was charged in the St. Johns Justice Court with 10 felonies alleging animal cruelty. She is presumed by law to be innocent.

Almost every animal on the property was found deceased and in various stages of decomposition. One emaciated goat found by Apache County Sheriff’s deputies may have survived by eating carcasses of other animals on the property.

The hearing before Judge Butch Gunnels was brief, resulting in Blackwood being scheduled for Superior Court on Feb. 12 at 9 a.m. The Justice Court generally handles misdemeanors, landlord/tenant disputes, civil complaints under $10,000, and traffic violations; Blackwood’s felony charges necessitates a move to Superior Court. Until that date, Blackwood has been placed on a pre-trial release.

As Blackwood left the courtroom, a standing spectator spat out “Dog killer!”

The bailiff admonished the man and warned him that any outbursts like that in the future would have him banned from the courtroom. The individual left the courtroom before Judge Gunnels could finish his stern talk on the importance of civility and the fact that all suspects are assumed innocent until proven guilty.

David Allen LaPorte was arrested November 2 in the death of his wife, Tessy Lou LaPorte. LaPorte is charged with first degree murder, a Class 1 felony, concealing a dead body and tampering with evidence. He was scheduled to appear before Judge Latham on Feb. 3, but the hearing was rescheduled after the defense filed a “motion to continue bond hearing.” LaPorte is being held on a $2 million bond.

Counsel was unavailable on that date due to travel extending through Feb. 8. Further, their calendar also had “conflicts in Maricopa and La Paz county” that needed to be worked around. The motion was granted, and LaPorte’s bond hearing has been rescheduled for Feb. 18 at 3 p.m.

LaPorte has pleaded not guilty to the charges, according to court documents from a Dec. 11 arraignment.