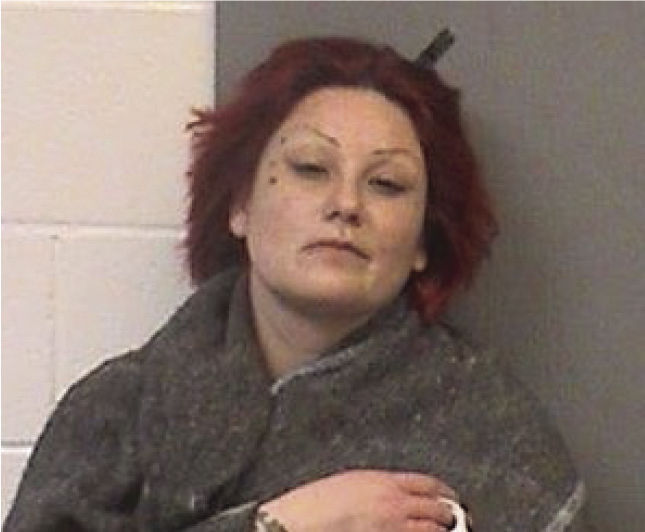 Sheriff David Clouse, left, and an unidentified MCAT officer survey the scene a Navajo County deputy moves in for their arrest with K-9 Zolton. 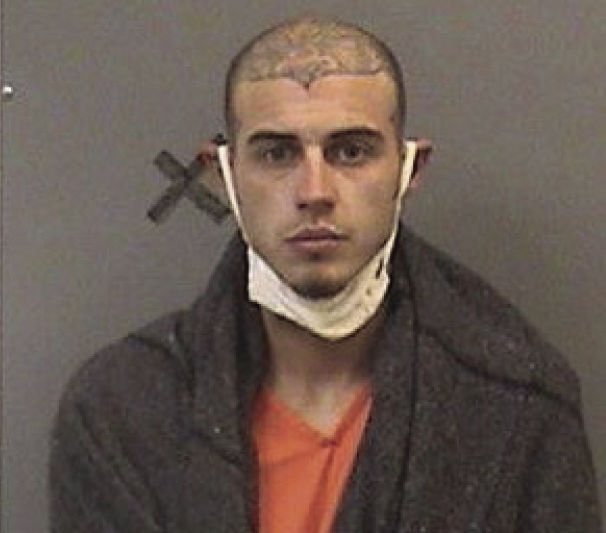 Sheriff David Clouse, left, and an unidentified MCAT officer survey the scene a Navajo County deputy moves in for their arrest with K-9 Zolton.

HOLBROOK — Navajo County Sheriff’s Office deputies and detectives with the NCSO Major Crimes Apprehension Team (MCAT) in the 700 block of Navajo Boulevard arrested three people Wednesday, Jan. 20, one of them a minor, on dangerous and narcotic drug charges (meth, fentanyl and marijuana) as well as weapons offenses.

Annie Gabaldon, 36, of Holbrook, Landon Martin, 25, of Holbrook, and a 17-year-old boy from Holbrook were all taken into custody on various charges.

The 17-year-old boy was arrested and referred to juvenile authorities on charges of minor prohibited possessor, threatening and intimidating, disorderly conduct involving a firearm and simple assault.

Events that led to the arrests began late night on Sunday, Jan. 10 somewhere on Old Woodruff Road west of Snowflake.

A press release from NCSO Public Information Officer Tori Gorman stated that deputies were called to a bonfire near Old Woodruff Road Jan. 10 around 10:40 p.m. after dispatch got a call about an aggressive 17-year-old boy who turned out to be the same boy arrested Jan. 20 in Holbrook.

Gorman’s press release indicated the boy was with some other people when he allegedly became aggressive toward someone in the group before allegedly shoving and then slapping a 17-year-old girl.

Gorman said deputies were told the boy allegedly threatened to shoot someone before firing a weapon into the air, which is in and of itself against Arizona law.

“Deputies were able to gather a spent shell casing at the scene,” Gorman stated.

That led deputies to the boy’s residence in the 700 block of Navajo Boulevard on Jn. 20 where they served a search warrant on the home and took the three suspects into custody on the charges listed above.