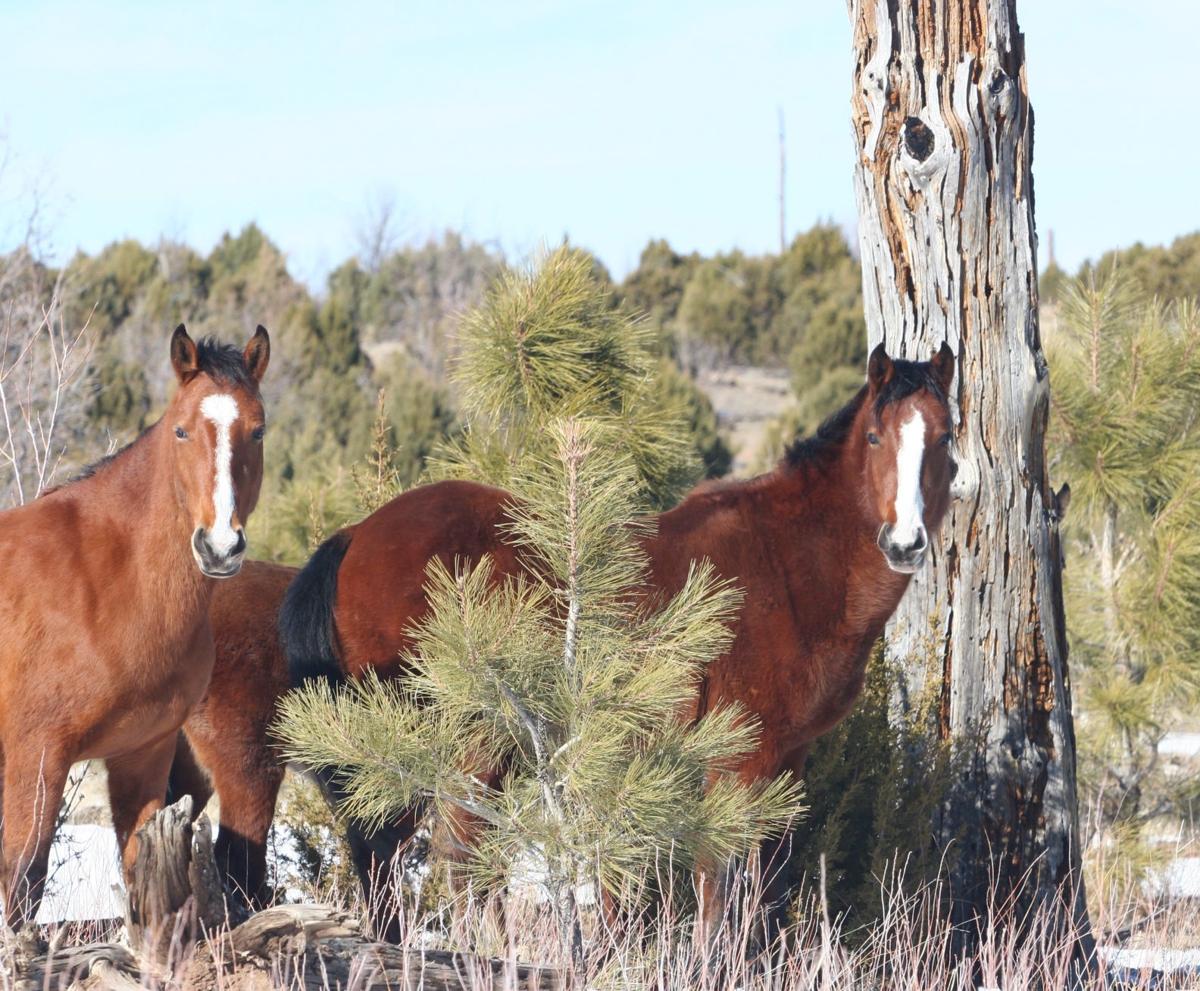 A band of Heber Wild Horses move through the snow on the Apache-Sitgreaves National Forests. 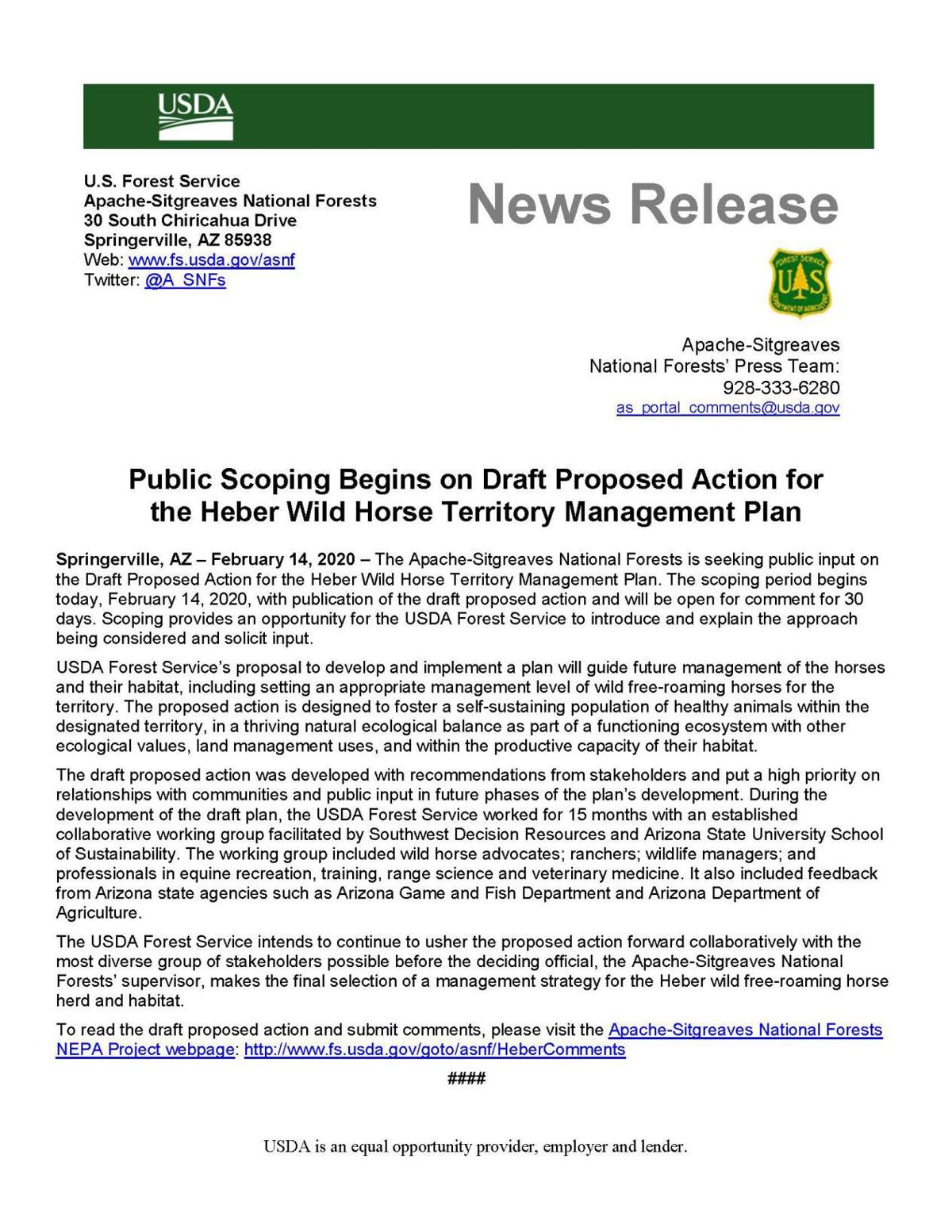 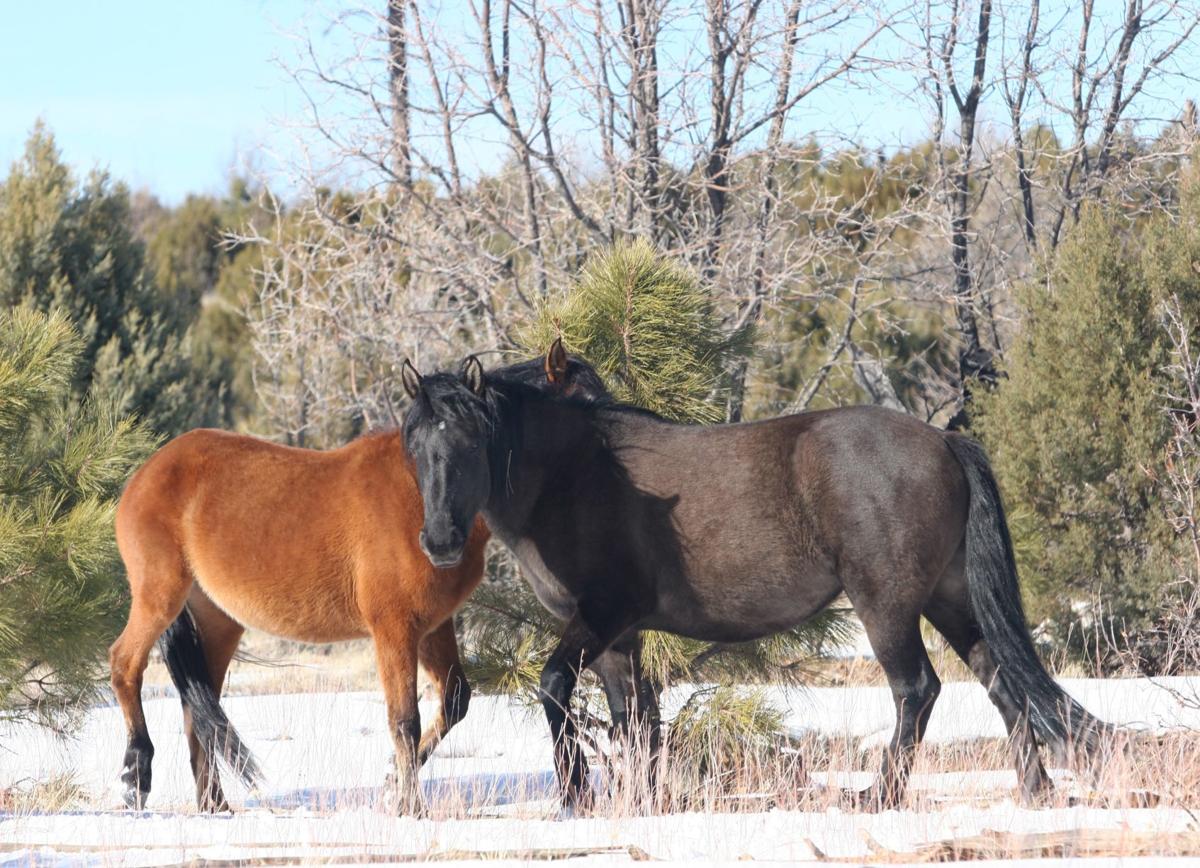 Two Heber Wild Horses “criss cross” as they walk through the snow in the Apache-Sitgreaves National Forests.

SPRINGERVILLE — On Friday, the Apache-Sitgreaves National Forests announced the beginning of a 30-day public comment period on the Draft Proposed Action for the Heber Wild Horse Territory (HWHT) Management Plan. This means the Forest Service is actively seeking public input before making “the final selection of the management strategy” for the Heber Wild Horses herd.

This action is significant because it is the long-awaited result of the 2007 litigation initiated by horse advocates to halt a proposed round-up of horses on the Apache-Sitgreaves National Forests. The legal action included a stipulation that the Forest Service “collaboratively engage the public to complete a territory management plan for the Heber Wild Horse Territory,” according to an earlier press release from the US Forest Service.

This is the first draft of the required Heber Wild Horse Territory management plan. The comment period “ … provides an opportunity for the US Forest Service to introduce and explain the approach being considered and solicit input,” reads the press release.

The Forest Service’s proposal “will guide future management of the horses and their habitat, including setting an appropriate management level of wild free-roaming horses for the territory,” also according to the release.

To see a copy of the the draft visit the Apache-Sitgreaves National Forests webpage at:

At the end of the 30 day comment period, the Forest Service will review the comments and “usher the proposed action forward collaboratively” with stakeholders, many of which were involved in the 2017-2018 collaborative work process facilitated by Southwest Decision Resources and Arizona State University School of Sustainability.

The Apache-Sitgreaves National Forests’ Supervisor, Steve Best, then “makes the final selection of a management strategy for the Heber wild free-roaming horse herd and habitat.”

I've read this and it seems reasonable. It's important think about the habitat and not having too many animals on the landscape, be it horses or elk or cattle. There has to be a balance. It's not that exciting to see the horses due to them being along every road between Show Low and Forest Lakes. Maybe a wild horse should be less ubiquitous making them a pleasure to observe. Hopefully common sense will prevail and somehow both sides are happy.

There had better be an ACCURATE census before any management plan is implemented. Please go to Heber Wild Horses facebook page for more information

Arizona Game and Fish Dept Officer Bob Birkeland has been telling people that during the AZGFD Sept. 2019 flight survey they counted nearly 1,000 “feral” horses in the Apache-Sitgreaves hunting Unit 3C.

However, the response we received from a Public Records Request we filed with the Arizona Game and Fish Department tells a different story. Per AZGFD records, 65 “feral” horses were observed during their September 2019 helicopter survey. AZGFD does not survey specifically for horses. Horses and other animals such as mule deer and coyotes are considered incidentals.

Among the characters who were NOT on the helicopter that did the survey:

By the way, all of the free-roaming horses in the Sitgreaves National Forest are under federal protection.

“If you tell a lie big enough and keep repeating it, people will eventually come to believe it. The lie can be maintained only for such time as the State can shield the people from the political, economic and/or military consequences of the lie. It thus becomes vitally important for the State to use all of its powers to repress dissent, for the truth is the mortal enemy of the lie, and thus by extension, the truth is the greatest enemy of the State.” Joseph Goebbels

This is a murkier topic than it first appears. The fact that these horses are referred to as 'feral' tells us that they're horses that someone got tired of feeding. Instead of manning up to their responsibilities, the owners just turned the animals out and ignored them until they went elsewhere to look for food. The original owners should be prosecuted for animal cruelty. They WON"T be, but they should be. Besides being beautiful, horses are voracious foragers and damaging to crops. It's understandable that anyone nurturing a garden is unhappy to have horses plundering it. A rigorous program of sterilization (of the horses as well as of their original owners!) would help the situation, but it's heartbreaking that it's been allowed to get to this stage.

I bumped into a female out taking photos of the horses this past fall and she thought there were at least 500 horses. Hopefully everyone on both sides will comment on the mgt plan. We need to protect the habitat on our forests.