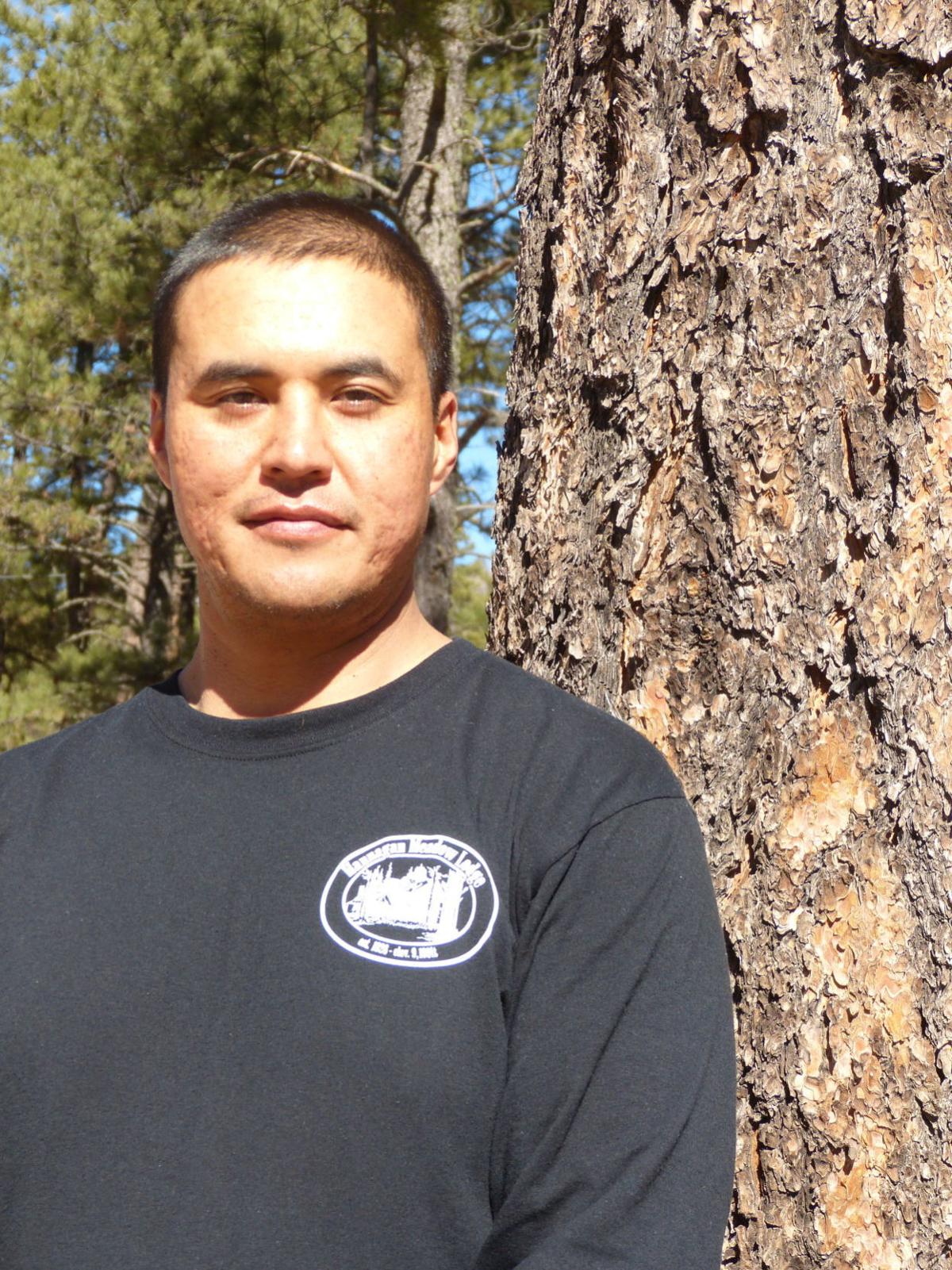 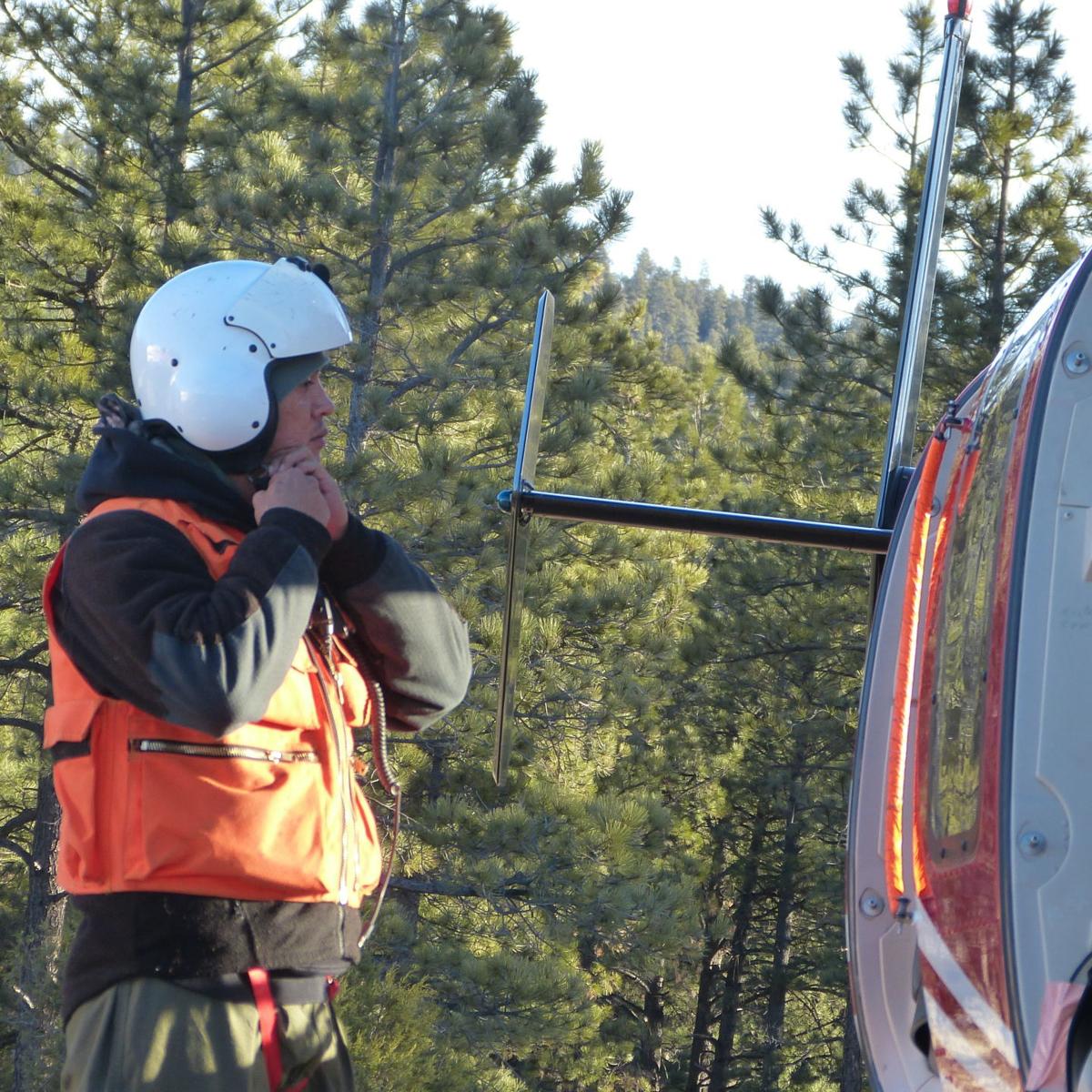 Perez straps on his helemt in preparation for boarding the helicopter.

WHITE MOUNTAINS — A staffer with White Mountain Apache Tribe Game & Fish was part of a helicopter team during the recent wolf count.

Wolf technician Joseph Perez acted as a successful gunner, darting his first wolf from the chopper in only two shots.

Perez is a veteran of the US Army Airborne Special Forces.

“I was a parachute rigger. We rig personnel parachutes, heavy drop loads and do maintenance on all parachutes and equipment,” he explained. Perez completed about 60 jumps with the Army, also testing and jumping with a new type of parachute.

Previously Perez was a tech for one of the tribe’s other endangered species programs — the Mexican spotted owl. With his skills he was recommended for the position with the tribe’s wolf program.

As a wolf technician with WMAT Game and Fish, he is part of a team that helps manage wolf populations on the Fort Apache Reservation.

“We manage the wolves on the reservation. Depredation stuff, keep them out of cattle, monitor them on a daily basis,” he explained.

There are three packs on the Ft. Apache Reservation — the Maverick Pack, the Baldy pack and the Tsay-O-Ah Pack. Perez says there is now a new pack as well — the Poker Pack.

Perez said that historically the Apache admired the wolf. “Apache looked at the wolves like … we wanted to be fast and cunning as the wolf to get away from the enemy,” he explained.

This year’s count was his first opportunity working as a gunner to dart wolves as part of the count team.

“I was an expert rifleman in the Army, I always shot expert — 38 out of 40. But a moving helicopter is a different story. You just have to line it up right, and if the opportunity is good, take your shot,” he explained.

“The IFT gave me the opportunity, it was awesome,” he said. “I really like it … I see myself getting better at darting and mugging, I’d like to stick with the program, I’d like to help these guys out,” Perez said with a grin.

Perez said that when he prepares to shoot the dart, he has to hang out at the door of the helicopter, tethered with a safety harness. “Your just hanging out, you’ve got your arm resting on your knee,” he explained, showing how he held the dart gun.

For Perez, his job hits the bullseye.

“I’ve always loved the outdoors, you know. Game and Fish is really a job that I like,” he said.

ALPINE — For the Mexican wolf Interagency Field Team, midwinter is a busy time. Late January through early February is when the team works to …