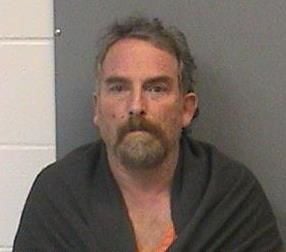 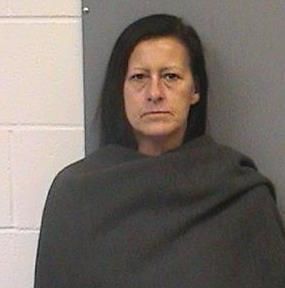 ARIPINE — A man and a woman in their mid-50s were arrested Feb. 4 at their home in the 2600 block of Maplewood Lane after Navajo County Sheriff’s Office Major Crimes Apprehension Team (MCAT) served a warrant in connection with residential and business burglaries.

A press release from NCSO stated that deputies took reports Oct. 22 and Dec. 7 about residential and business burglaries as well as at campsites in the area occupied by campers and hunters.

According to the press release, deputies went to a trailer off of Pinedale Road near milepost 3 Oct. 22 and took a report of the trailer being burglarized during which whoever did it stole a rifle, a propane heater, clothing and camping equipment valued at approximately $2,100.

But the person who burglarized the trailer left evidence behind that helped NCSO Major Crimes Apprehension Team detectives track down two suspects.

Deputies who first took the reports reportedly found a backpack at the scene of the burglaries and gave it to MCAT detectives who were assigned to the case Dec. 7.

Using that evidence, detectives identified a suspect who provided information that ultimately helped them track down Jesmer and Garvin.

“Detectives were able to identify a suspect who was later arrested on unrelated charges. Detectives interviewed the suspect and obtained information on who committed the burglary and who they sold/traded the stolen property to,” the press release stated.

Court records indicate Garvin either pleaded guilty to or was found guilty of possession of dangerous drugs in 2009 and a marijuana violation in 1998.

Gorman said NCSO Sheriff David Clouse wants residents to mark their valuable property for identification just in case anything like this happens to them.

“Having this information helps in our investigations to not only locate it but bring those to justice who stole it from you. Burglaries use your property to sell or trade it with others for drugs and other stolen property. Nobody likes a thief and our deputies are always working hard to recover your property that was taken by somebody who felt they needed more than you. So please help us by keeping good records of your property. We warn those who continue to steal from residence, vehicles, and campsites we are coming after you and you will be caught,” Clouse said.