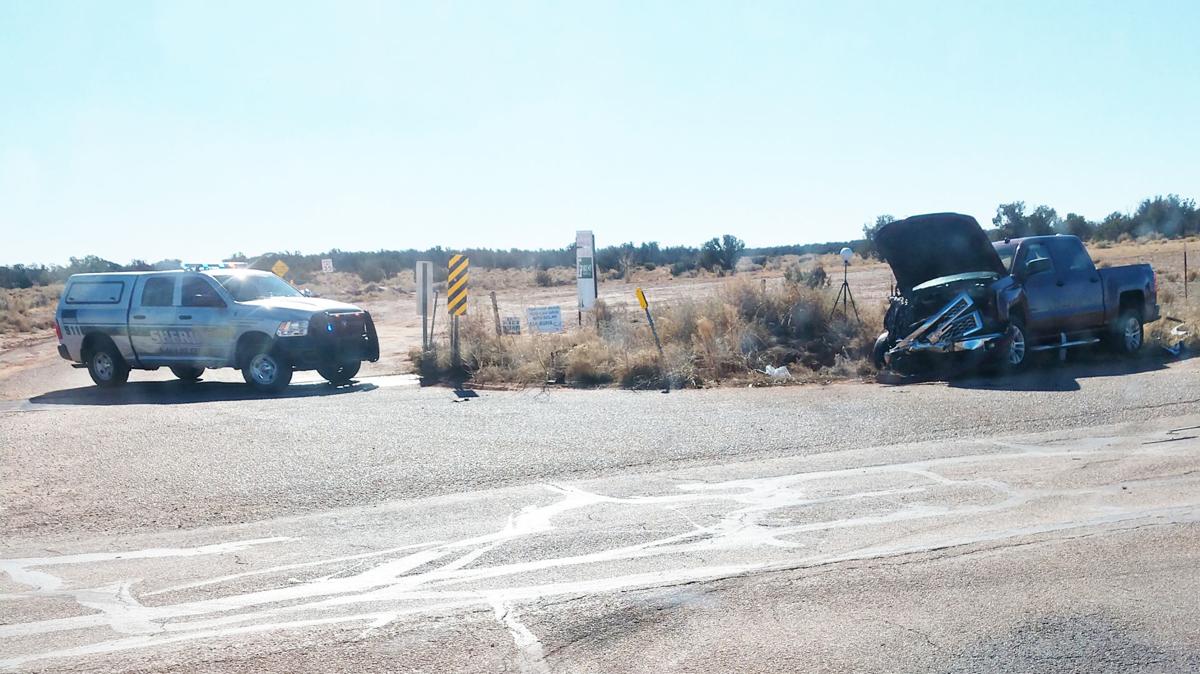 SNOWFLAKE — A driver who authorities suspect of failing to stop at a stop sign may have caused a two-vehicle serious collision Wednesday on Concho Highway. According to a news release from the Navajo County Sheriff’s Office, deputies responded to the intersection of White Antelope Road and the Concho Highway in Snowflake at 10:21 a.m. Dec. 18.

Deputies discovered a total of four persons in two vehicles, some so badly injured that they were flown from the scene for urgent medical care for life-threatening injuries. It is yet unknown if impairment was a factor.

Arizona traffic law requires a person who approaches a stop sign to come to a complete stop, meaning “the cessation of movement” at a stop line, a white stripe near some stop signs. It there is no stop line, then the full stop must be at the nearest crosswalk line. If there’s no crosswalk line, the driver must fully stop at the point where he or she has a clear view of approaching traffic.

Sheriff David Clouse stated “Our thoughts and prayers go to the families affected by this collision. Please drive carefully and defensively to protect your family during this holiday season.”

Let's hope the investigation produces something productive for a change. Traffic travels that stretch of Concho Highway frequently in excess of 70 miles per hour. As enforcement isn't present the drivers just sail along as fast as they can.

White Antelope is located in a depression between two hills with very limited acceleration time for a West bound turn should a vehicle crest the East hill as you pull out. If that vehicle is speeding you have NO TIME and must head for the ditch or get hit. Many drivers make this turn as a yield to get a running start. Not the best solution but there it is.

In the absence of law enforcement we do what we can.

I hope the sheriff's office takes this more seriously than this foolish article implies.

Time will tell but if history is our teacher there will be nothing done. I wonder if it is the same in other parts of Navajo County. I doubt it.