Walkers enjoy the trails at Woodland Lake Park in Pinetop. 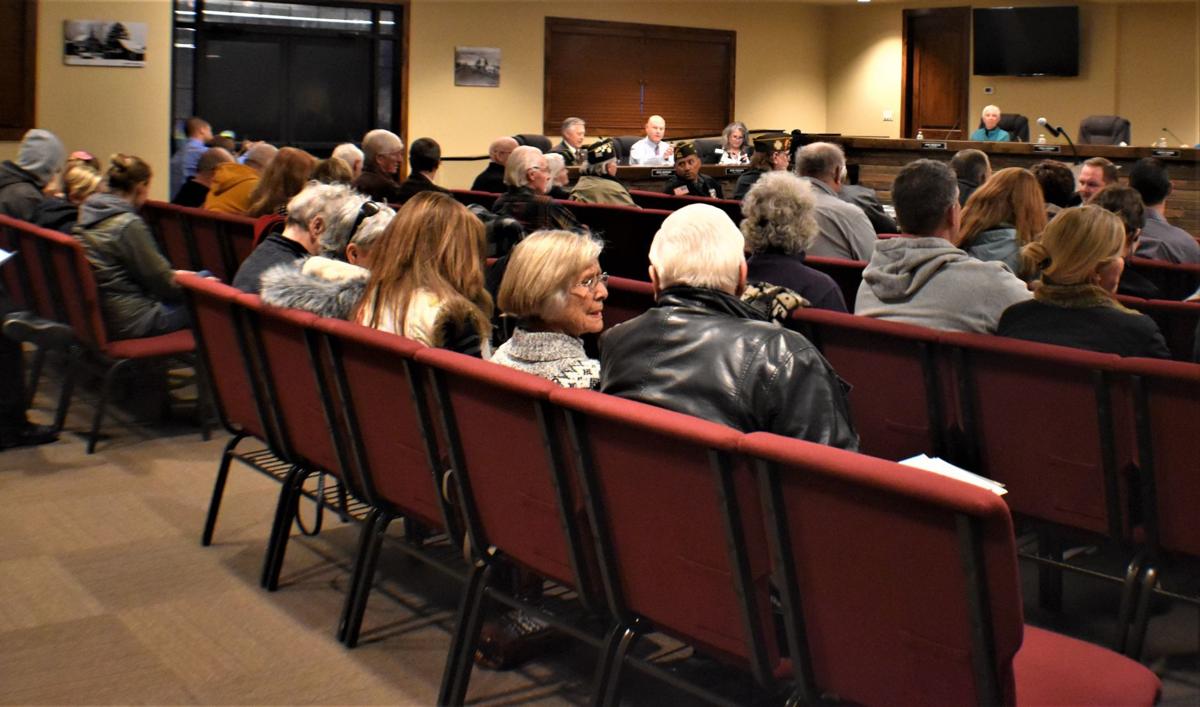 Anticipating the purchase of 107.88 acres at Woodland Lake Park from the Forest Service and the passage of an MOU between the Town of Pinetop-Lakeside and Save Our Park, the Feb. 6 council meeting had a near-full house. It was a historic moment for many who were — who have worked for years to achieve the purchase. 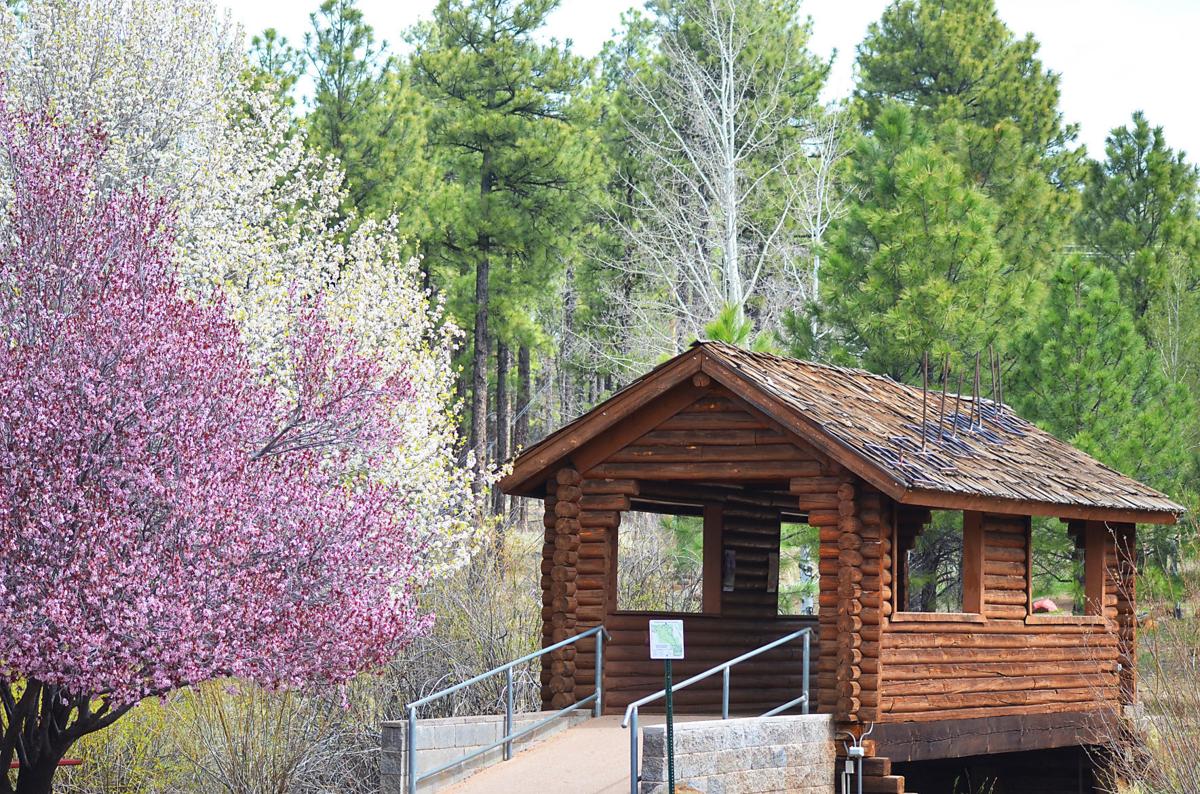 Spring is the season of new beginnning as seen in the flowering trees at Woodland Lake Park.

PINETOP-LAKESIDE — A historic moment took place at the Pinetop-Lakeside town council meeting lat week. The town unanimously voted on the purchase and sale agreement for 107.88 acres of Woodland Lake Park (WLP) from the US Forest Service. The purchase price is for the appraised value of $1,635,000 and is contingent upon fundraising efforts of the community group, Save Our Parks (SOP). The 107-acre parcel is the developed footprint of the park.

They also voted to accept a Memorandum of Understanding (MOU) with Save Our Parks.

Since the incorporation of the town in 1984, the town has been trying to purchase Woodland Lake Park, the community’s crown jewel. But they just did not have the funds for the purchase. Many of those in attendance have been working toward the WLP acquisition for years.

Johnson recounted efforts by the town over the years and said that the appraisal for WLP in 2009 was $6 million. He said the town attempted to purchase the park by raising taxes and the voters were not in favor of that. The new appraisal, however, received last March, came in at $1.6 million, “a significant reduction.”

Johnson complimented SOP for their hard work in raising awareness about the park and raising funds to help purchase it.

“If it were not for SOP and so many generous beneficiaries and others who made donations,” said Johnson, “we would not be at this point.

“I thank of all of the former mayors and staff though the 34 years who kept carrying the football down the field.”

Johnson said he plans to make an announcement in the next few weeks that the town will have the funds to purchase the 107.88 acres. Last month Johnson mentioned that the town is working with a potential donor for funds for that purchase. 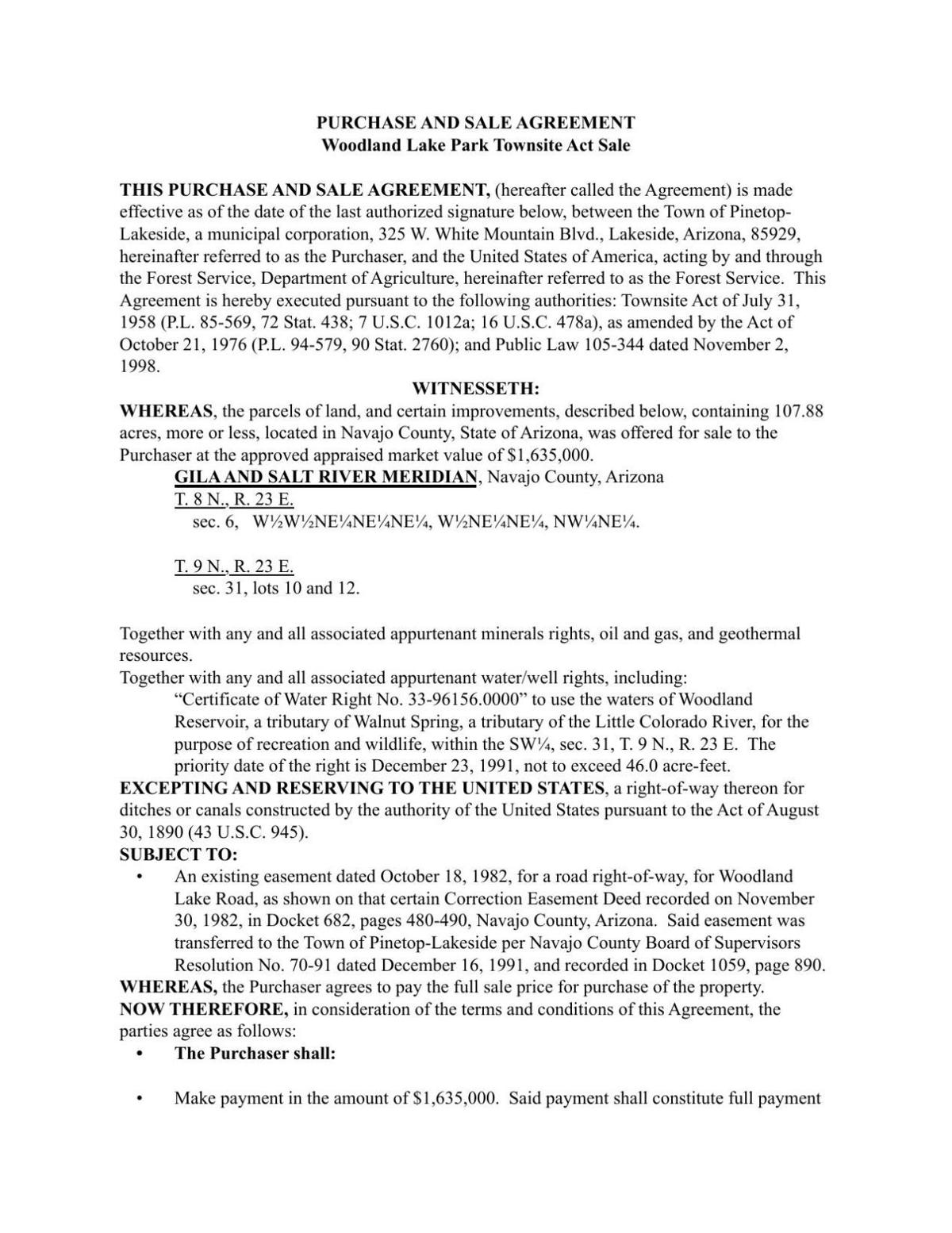 Councilor Carla Bowen, who attended the meeting by phone said, “ I think that from my viewpoint, I believe there may have been a bit of divine intervention. When the appraisal was done, and I went through it very carefully. I believe in my real estate experience it would have appraised different. It appraised as wetland because the lake was down. A divine intervention.”

Krigbaum said, “I want to thank the many donors who showed up tonight and the six of the seven board members; Norris Dodd (who was not present) submitted a letter to the town.”

Bowen acknowledged her fellow councilor and said, “From my viewpoint, the many years that Lynn (Krigbaum) has worked on this, it would be appropriate that she make the motion.”

Lynn proudly made the motion and it passed unanimously.

Johnson reminded everyone, “We still have 437 acres to buy,” noting the additional undeveloped acreage of the park.

Last month the town was presented with the memorandum of understanding and resolution with Save Our Parks, but after much discussion, council determined they were not ready to sign it in its current form. Though still supportive of SOP’s efforts, council asked Johnson to work on the MOU and bring it back with changes so that the MOU and resolution matched. 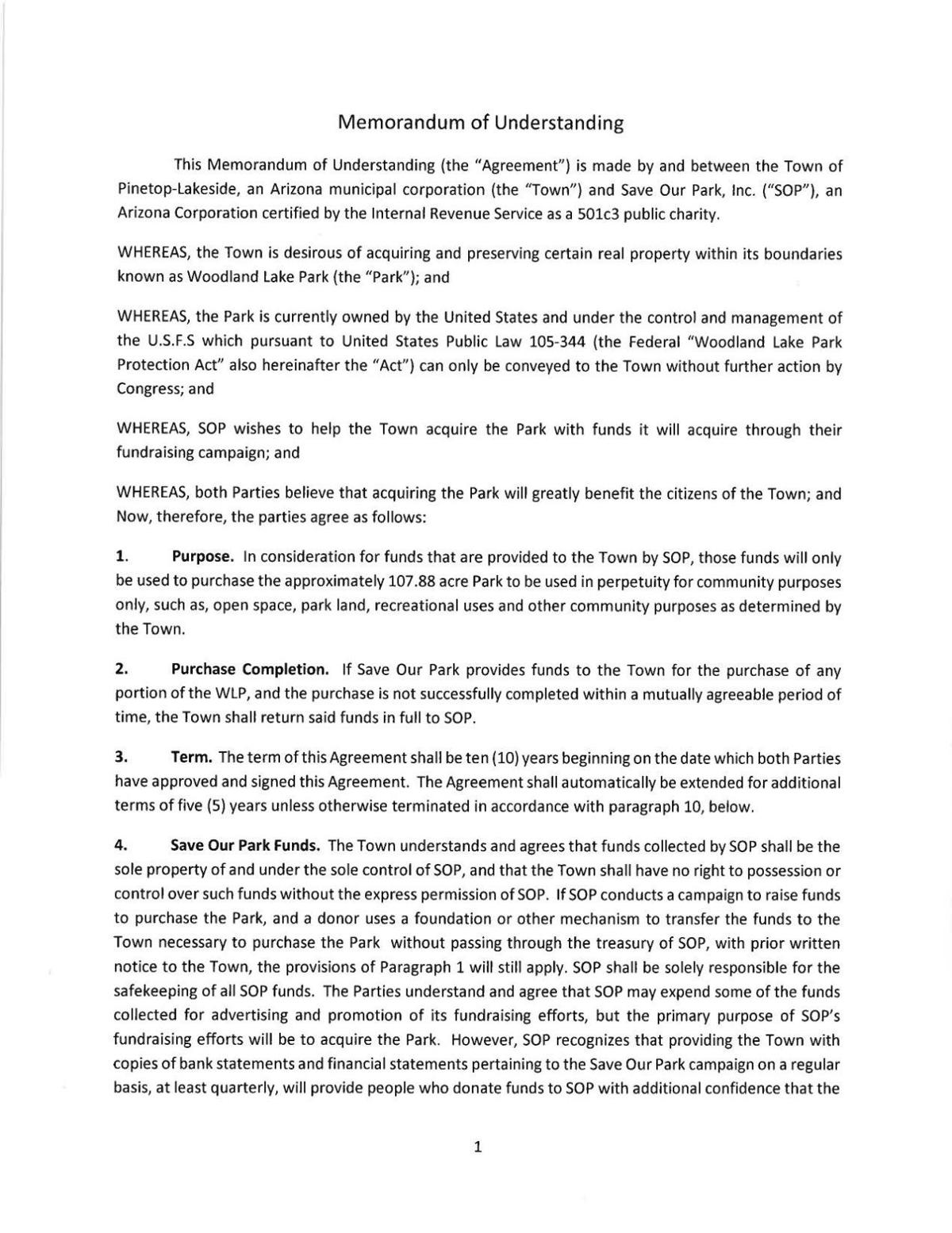 Though council had hoped for a shorter version of the MOU, it was still four pages. The first change dealt with focusing only on the 107.88 acres and not the entire 583 acres as in the previous version.

The word “perpetuity” was an important add for SOP in the purpose definition. They wanted to ensure that the funds provided to the town by them would only be used to purchase the 107.88 acres for community purposes. They also wanted to assure donors that the town would not turn around and sell the acreage with monies they raised to purchase it.

Should the town be able to purchase this acreage through a major donation, SOP will continue fundraising efforts toward the purchase of the additional acreage at Woodland Lake Park and the funds will remain SOP’s property and under its control.

Maintenance of the park, which was also part of last month’s discussion, was clarified and the town will maintain the 107 acres.

The changes were unanimously approved by the council.

PTLS: Not quite ready for MOU with Save Our Park