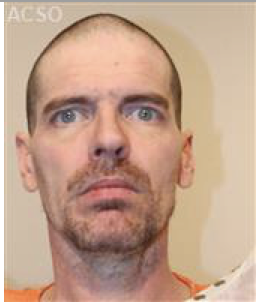 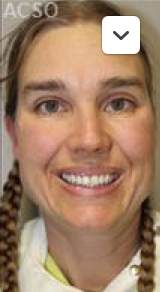 ST JOHNS — Jesse Allen Frick, 31, of Witch Wells, was sentenced to 20 years in prison on Monday in the Apache County Superior Court. Frick was charged in September 2018 with seven counts of child sex crimes including four counts of sexual conduct with a minor, two counts of child molestation and one count of sexual abuse all involving his stepdaughter and all alleged as dangerous crimes against children, a designation under Arizona law that greatly enhances a criminal penalty.

Frick pleaded guilty on July 9 to one count of attempted sexual conduct with a minor under 12 years old, and one count of attempted molestation of child, both Class 3 felonies. As typical in child sex crime cases, Frick was separated from other inmates who were led out of the courtroom before Frick’s proceeding. It is well known that inmates take a dim view of child molesters.

Pro-tem Judge C. Allen Perkins called the parties to order. Frick, is a small, thin man with close cropped hair and beard. He was chained at the wrists and ankles and wore jail-issue orange clothing and black sunglasses. Court decorum does not allow sunglasses as a fashion statement; it’s probably a medical issue. He appeared nervous; his leg bounced up and down while seated at the defendant’s table, and at one point he dropped the papers of the written statement that he later read. Present were about half-dozen of Frick’s family members and well-wishers including his mother. One supporter was heard to remark, “They’re going to hang Jesse today.”

Prosecutor Robert Young went first. He asked the judge to follow the terms of the plea agreement, because it is a “fair and just” resolution. He also noted that it didn’t appear that Frick fully appreciated the wrongfulness of his actions. Young confirmed that as part of the plea agreement, the five other charges would be dismissed and the investigation into whether Frick has abused yet another girl would not proceed.

Court records indicate that Frick had two other cases pending aggravated harassment and drug charges — those were dismissed as well.

Defense counsel Michael Penrod also urged the court to follow the plea agreement, but said that throughout various evaluations of Frick, it seemed that Frick has a “definition of reality different than all of us.” That may be an understatement — Frick pleaded guilty to attempting to sodomize an eight-year-old girl, among other things.

A victim services liaison from the Arizona Department of Child Safety submitted a written statement and also spoke in court. Sharon Oliva pointed out that the victim has “lots of years of therapy ahead of her,” that she was made to feel that she was giving Frick permission to violate her, that the victim was controlled by Frick telling her that she had to keep quiet “to keep the family together.” Oliva said that through all that psychological pressure on the victim, that Frick “tore her down.”

Frick spoke next. He admitted to being “one hundred percent” responsible, that “justice has been served,” by his plea agreement, but took the rest of his time to plead for the release of his ex-wife, the victim’s mother, Floy Frick.

Floy Frick is being held without bond in the Apache County jail, charged in April, 2019, with the continuous sexual abuse of a child and child endangerment. Mr. Frick told the court that she took no part in his heinous actions and that “her kids need her.” Her next court date is September 23.

Then it was Judge Perkins’ turn. Perkins served as a sex-crime prosecutor for “fifteen to twenty years,” he said and that it “breaks my heart that she (victim) feels somehow responsible. This child did nothing wrong,” he said. The judge told Frick that Frick should come to appreciate that 20 years in prison is a “just sentence,” and urged Frick to reflect on what he has done.

Frick was given 304 days credit for jail time that he has already served. Once out of prison on the first count, Frick will begin lifetime probation on the second. Lifetime probation includes very restrictive sex-offender terms including the requirement to register as a sex offender. If he violates that probation, he will go back to prison, up to an additional 20 years.

I guess that justice has been served, but I can't help feeling that Frick got off lightly.

I knew the little girl ad prior to his involvement[ as a friend.of her grandmother's and can only mourn the awful èffect this monster has had on the life of a wonderful kid.

This did.not happen in a vacuum. I do not know the particulars of the behaviours, but i do know some about the living conditions and am pretty sure the mom was aware of at least the basics and is guilty by silence and inaction.