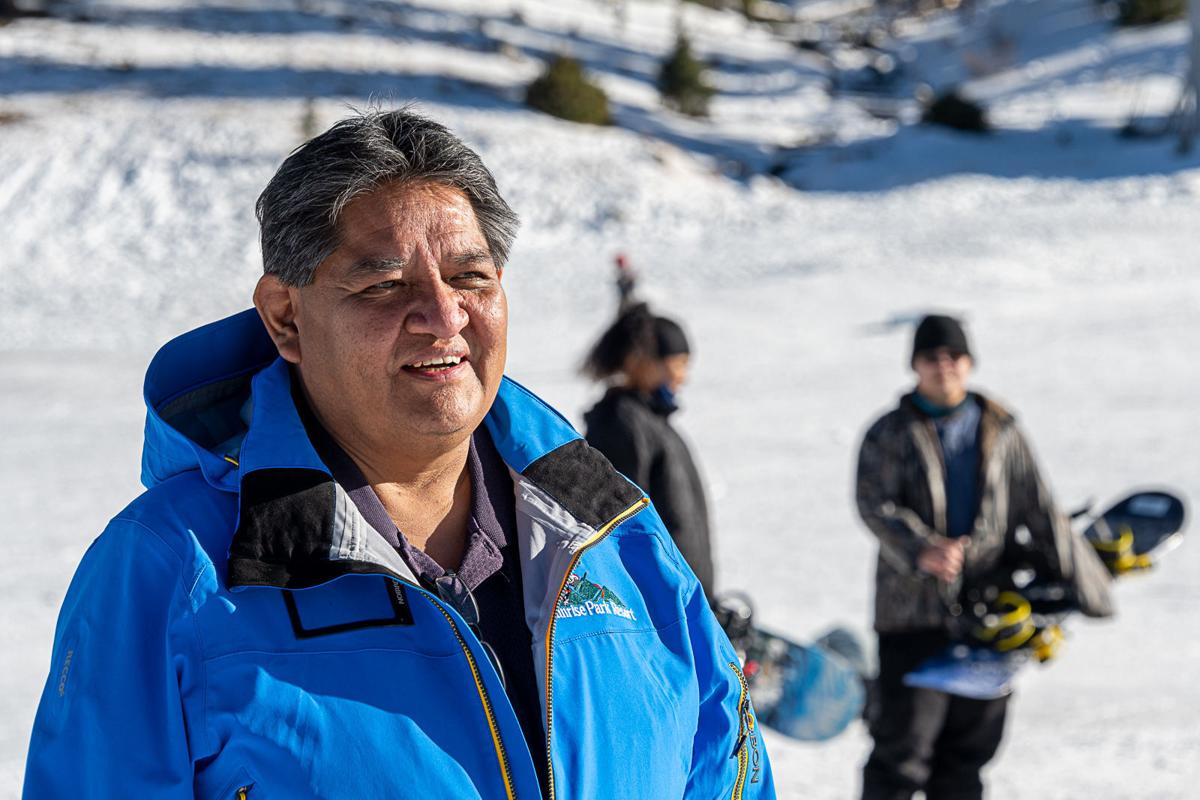 Standing in the middle of Sunrise Park Resort in his new role as interim general manager, Roger Leslie is not a sit-behind-the-desk kind of guy. He is one of those up-front and personal people who inspires others because what he expects of others, he expects of himself. 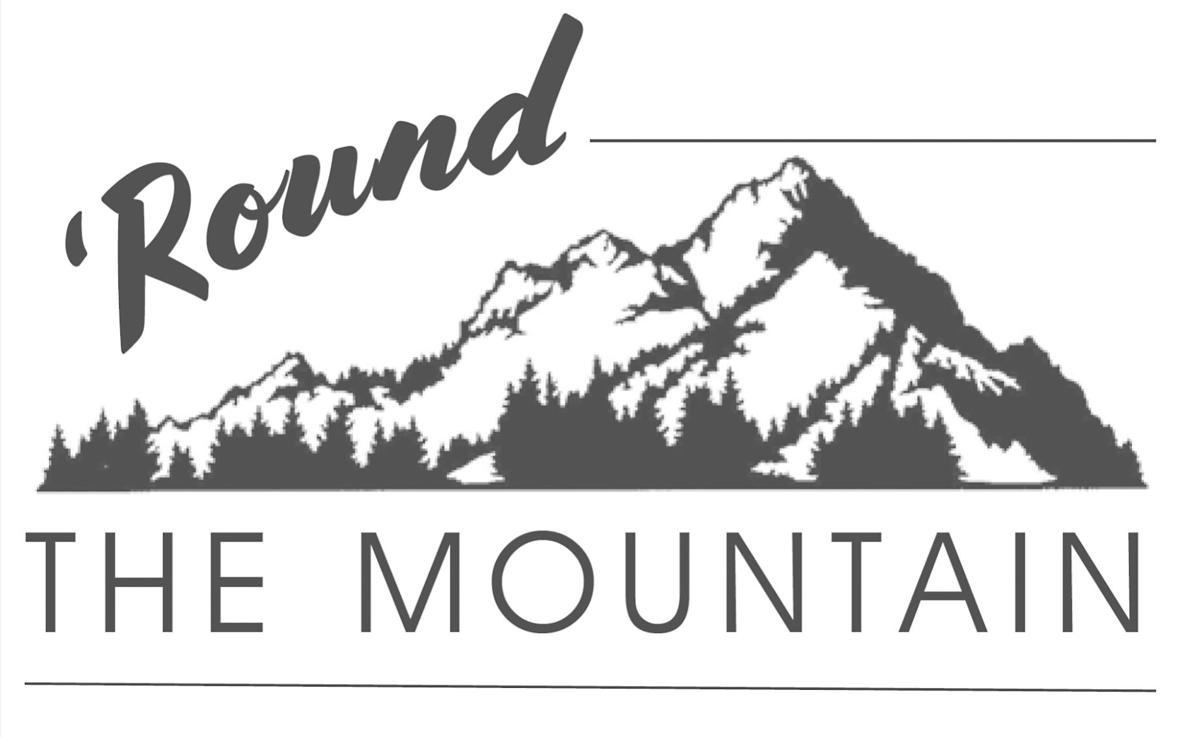 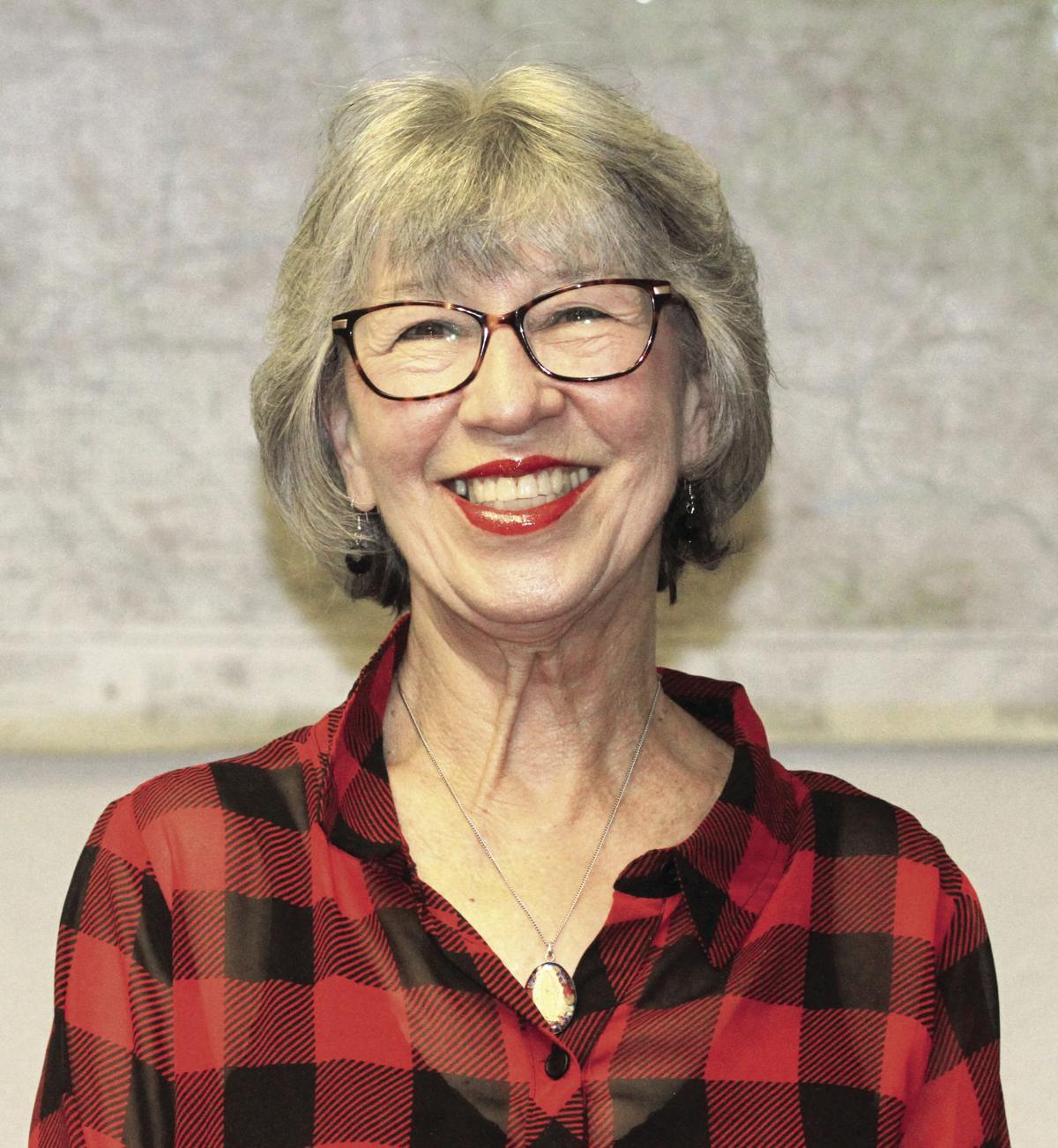 Standing in the middle of Sunrise Park Resort in his new role as interim general manager, Roger Leslie is not a sit-behind-the-desk kind of guy. He is one of those up-front and personal people who inspires others because what he expects of others, he expects of himself.

WHITERIVER — Writer and cartoonist Allen Saunders said, “Life is what happens to you while you’re busy making other plans.”

Roger Leslie can attest to that one. Having lost his sister four years ago and then his mom in September of this year, Leslie recently decided that it was time to go back to work. While planning to dust off his resume, he received a call from the White Mountain Apache Tribe (WMAT) asking him to step into the role of interim general manager — a second time — for Sunrise Park Resort.

Accepting the job, Leslie had three weeks to get ready for the ski season’s opening date of Dec. 18.

“With COVID-19, we lost a week,” said Leslie. “We self quarantined and then had only two weeks left to get up and open. With 15 workers who came onboard, we opened in just a short time. The staff knew what they were doing and we pulled it off and got everybody uniforms.”

Leslie was also quick to point out that they were all versed in COVID-19 and safety procedures. He said the staff is working diligently to make it a good experience for the guests.

The entire crew is busy constantly wiping doors, cleaning and sanitizing everything to ensure their facilities are safe and comfortable for guests. Internally, they are also practicing social distancing, wearing masks and hand sanitizing.

“It is a commitment to ourselves and others,” said Leslie.

For any normal person in a high-level managerial role getting ready for the opening of a ski season, it is in and of itself a monumental task, but for those who know Leslie, he automatically just rolls with the flow with the greatest of ease.

Leslie grew up in Whiteriver. His mom was a single parent and Leslie said she always did the best she could with what she had. He said he knew they had problems but he didn’t realize they were actually poor.

Leslie was not a straight A student in school, in fact, he said he was one of those kids the teacher would always tell to sit down and behave.

While in elementary school — around fifth or sixth grade, Leslie recalls the teacher asking them what they wanted to be when they grew up. Leslie said he popped up and said he wanted to be a businessman and work with a major multi-million dollar business. He said the kids cracked up at what he said, believing it was nothing but grandiose rhetoric.

“It was the ’70s and a pretty big statement for a kid,” said Leslie.

In high school, even if it wasn’t mentioned, he knew he was going to go to college and get an education.

While in college his goal for the future was to find a company to work for where he could travel the country with someone else footing the bill while he did work for them.

Leslie graduated from Alchesay High School in Whiteriver and headed to Fort Lewis College in Durango, Colorado, where he obtained a Bachelor of Arts Degree in Business Management and Marketing. Later he went to San Diego State University and got his masters degree in hospitality and tourism.

For 11 years Leslie was the general manager of Hon Dah Resort and Casino where he achieved top 10 status for the casino and even held the No. 1 status in 2003.

He held annual marketing meetings where he invited community leaders in to share the tribe’s successes and their outreach in giving back to the White Mountain community. He implemented monthly employee recognitions and motivated and inspired the employees to be their best selves.

Others saw or heard of Leslie’s success and wanted him to show them how to implement it in their casinos with their employees. He started his own consulting company and traveled around the country from New York to Hawaii to Washington and more, motivating and teaching others how to replicate his successes which included teaching people to value themselves.

Leslie also worked as a strategic planner on economic development for the WMAT.

Later switching roles, Leslie got into the regulatory side of casinos and became the gaming commissioner for the Sandia Pueblo Tribal Gaming Commission, which is north of Albuquerque.

Following that position he became the executive director of the Tribal Gaming Regulatory Commission for San Felipe Pueblo in Albuquerque.

Returning to casino management, Leslie became the general manager at the Mazatzal Hotel and Casino for the Tonto Apache Tribe in Payson.

His next move took him back to Whiteriver where he was needed by his mother and sister. During that time he acted as general manager for Sunrise for about nine months and then turned his total focus back to care for his mother, still doing consulting work.

Leslie has served on many boards, has worked with youth and seems to have the Midas touch when it comes to interacting with people on all levels.

A popular slogan in an advertisement years ago featured Wall Street’s E.F. Hutton. It stated, “When E.F. Hutton speaks, America listens.” That is pretty much the way it is with Leslie.

While in his role as general manager at Hon-Dah, Leslie often said, “Community means come in unity.”

That comment alone validates that he has always recognized that “there is no I in team,” and that it “takes a village.”

Whether Leslie is given the opportunity to extend his interim contract at Sunrise, or goes somewhere else, the boy who did not make straight A’s, and was told to sit down and behave in school, has certainly made an impact on all the communities where he has served. Most certainly, he has always left a place better than he found it.

If you didn’t know him before, I am glad I could introduce you to Roger Leslie — a real can-do-it kind of guy.

Author Mitch Albom said, “... there are no random acts, that we are all connected. That you can no more separate one life from another than you can separate a breeze from the wind.” That being the case, here in the White Mountains there are people you need to meet, and places you need to know about it. And, on the last Friday of each month, I will connect you with some of those as I go ’Round the Mountain.

A popular slogan in an advertisement years ago featured Wall Street’s E.F. Hutton. It stated, “When E.F. Hutton speaks, America listens.” That is pretty-much the way it is with Leslie.