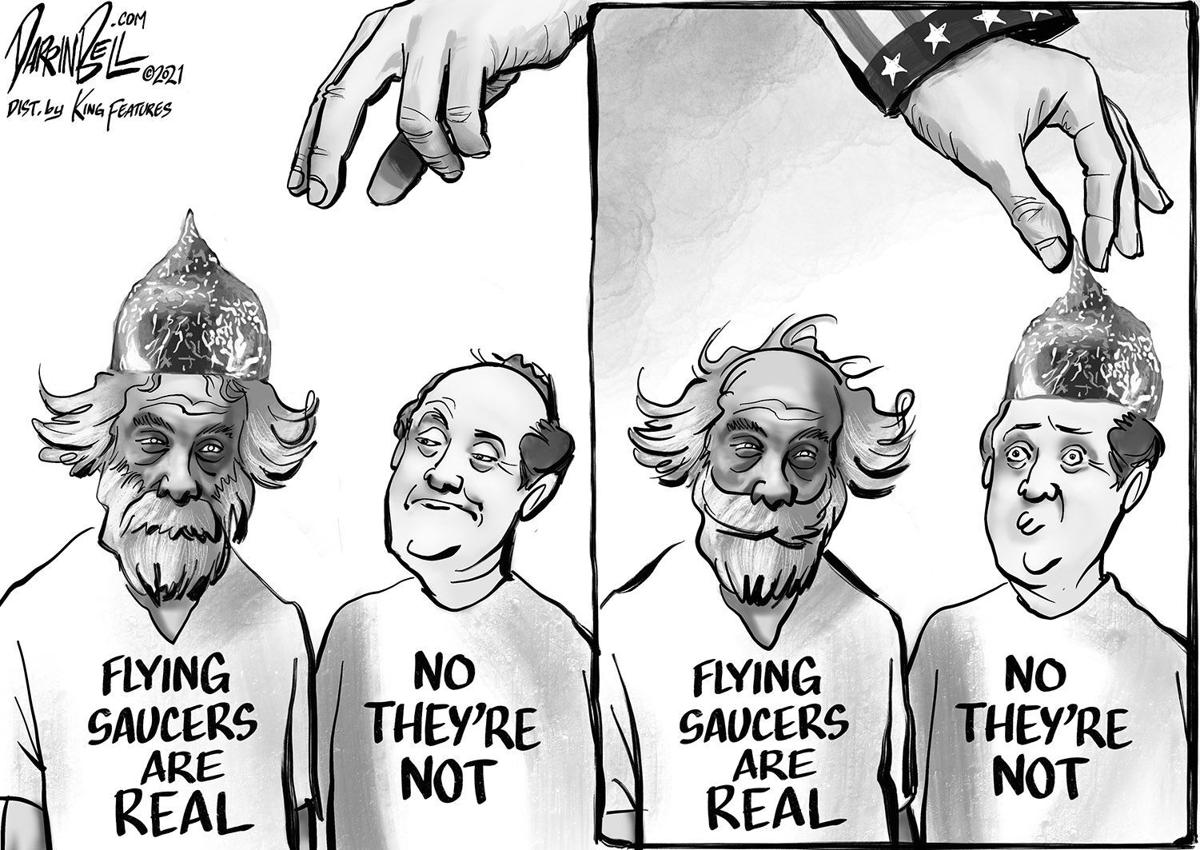 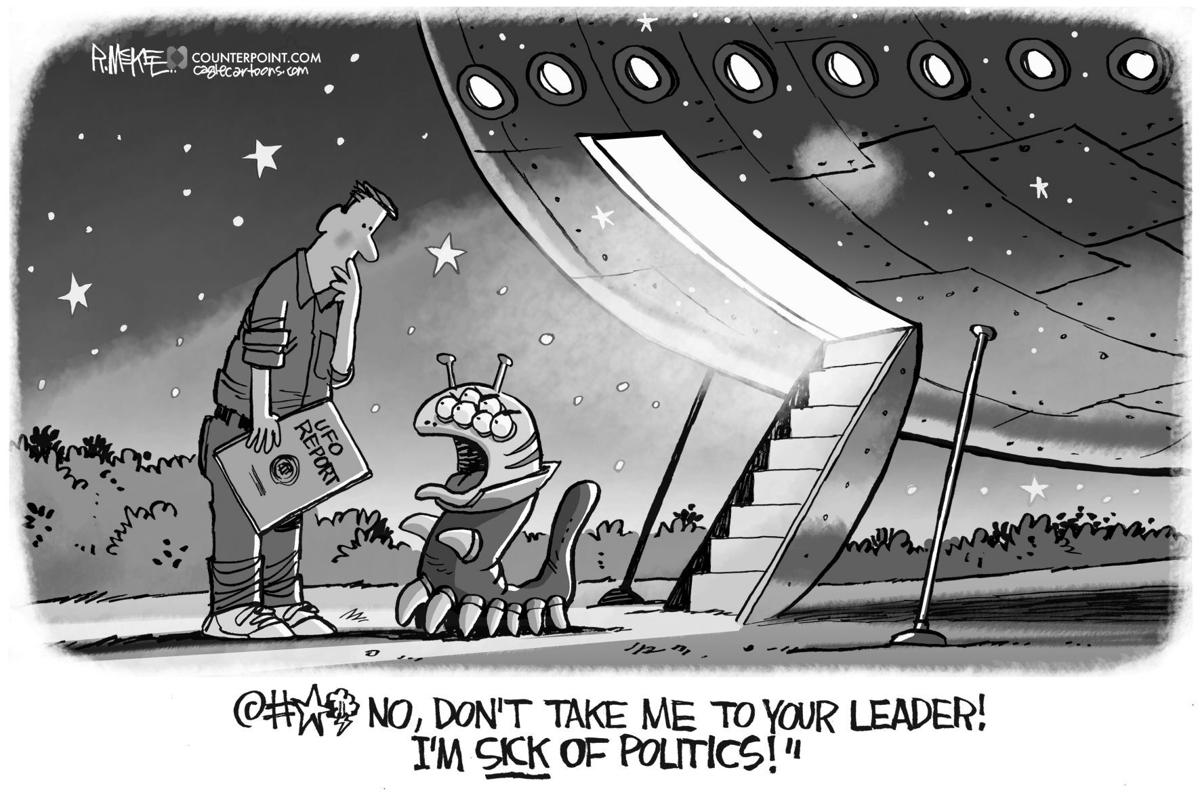 This week you might have noticed the launch of our series on unidentified flying objects (UFOs) over Show Low.

So far I have three stories ready to go and am hoping to add a fourth story to the series.

This new attempt to write down the saga of UFOs over the White Mountains began in May when I met a man named Don Woodward.

He seemed kind of surprised when I opened up and listened to him.

I felt Woodward’s sincerity and concern about these strange lights flying in patterns over our community.

When he said he sees them most every night, as long as it’s not cloudy, I was hooked.

I dove into this story with common sense as I am rather a skeptic when it comes to UFOs. I’ve never seen one and they make fascinating sci-fi stories on the big screen but that’s it.

Still, I am an old newspaper reporter and I know that I have to tell other people’s stories, not my own.

Woodward was relentless and kept coming in as I worked on this series of stories. He kept giving me more and more information. So much so that I had to cut him off as he was providing me too much data. I reported just on the first series of documents he gave me. I have more and hope to use them in the future.

I believe he is seeing something and he’s being honest that “something is out there.”

He is far too sincere to be discounted as a “nut job” who’s making this all up. If he’s not telling the truth he’s going to a heck of a lot of work doing it.

“I’m trying to get this down because I know it’s real. That’s why I’m doing it. This isn’t a made-up, hokey-pokey story like you hear about on TV,” Woodward told me in one of our interviews.

I got chills when he told me, “It’s a UFO — no doubt in my mind. It’s aliens. It’s not Russian, it’s not China and it’s not ours. Maybe we are a food supply for future use.”

Am I soon going to be a delicacy on some distant planet? Probably not. I’m an old editor and they are generally pretty tough.

In Part 2 of our series on Tuesday, I examine what the Mutual UFO Network (MUFON) has to say about Woodward’s report.

MUFON is a US-based non-profit organization composed of civilian volunteers who study reported UFO sightings. It is one of the oldest and largest organizations of its kind, claiming more than 4,000 members worldwide with chapters and representatives in more than 43 countries and all 50 states. I have interviewed the MUFON field investigator who examined Woodward’s claims.

In Part 3 next Friday, I will examine the recent “Preliminary Assessment: Unidentified Aerial Phenomena” report that was finally released to the general public by the US Office of the Director of National Intelligence.

Hopefully there will be a Part 4 in the series, but I am waiting for a call back for that story!

I have read the UAP report from ODNI and found nothing we did not already know. The report concentrated on the period from 2004 until 2021 due to the availability of advanced technology which was not to hand in prior decades. The report concludes: “The limited amount of high-quality reporting on unidentified aerial phenomena (UAP) hampers our ability to draw firm conclusions about the nature or intent of UAP. In a limited number of incidents, UAP reportedly appeared to exhibit unusual flight characteristics. These observations could be the result of sensor errors, spoofing, or

observer misperception and require additional rigorous analysis. There are probably multiple types of UAP requiring different explanations based on the range of appearances and behaviors described in the available reporting.” That is about the gist of it.

While nothing in the historic reporting violates the laws of physics (or it must be discarded), it is also true that there is, to date, no evidence which establishes that any type of artifact is behind the reports. Science begins with an observation and employs time-tested protocols to explain those observations as natural phenomena or not yet sufficiently observable to support any conclusions. For nearly three centuries scientists incorrectly believed the speed of light was infinite, largely because they had insufficient tools with which to measure it. When better measurements were made, the error was corrected.

As for MUFON, according to science writer Sharon A. Hill, MUFON's focus is "decidedly unscientific with talks on alien abduction, conspiracy theories, human-ET hybrids, hypnotic regression, and repressed memories", and reflects "a wide range of pseudoscience". MUFON has been the subject of criticism for drifting away from their original "nuts and bolts UFO investigation" into "bizarre conspiracy and exopolitics talk". The organization receives large numbers of UFO reports every year; the qualifications of the amateur volunteers examining the reports, however, have been questioned. Hill wrote that MUFON's idea of scientific researchers "appears to be people who are not scientists or propose fantastic, anti-science tales.”

An April 2018 article in Newsweek reported evidence of "anti-immigrant, anti-trans, and anti-Muslim sentiments" among MUFON officials, including MUFON donor J. Z. Knight and former MUFON State Director for Pennsylvania John Ventre, both of whom have publicly expressed racist and/or anti-Semitic views, and are described in the article as "high-tier Inner Circle donors to MUFON". The expressed far-right viewpoints "kicked off a wave of anger and resignations across MUFON", including former MUFON Director of Research Chris Cogswell (who stated, "My internal conscience would not let me continue") and former board member and Washington State Director James Clarkson (who stated, "Remaining in MUFON in any capacity is morally unacceptable.") Erica Lukes, former MUFON State Director for Utah, is also reported in the article as describing MUFON as "an organization unwilling to adequately address sexual harassment." In 2020, Vice magazine reported that Ken Pfeifer, head of MUFON's Rhode Island chapter, posted racist memes and comments on Facebook during the height of national Black Lives Matter protests.[5]

One thing however is sure here. If I founded an organization of volunteers to search for reported woods nymphs in gardens, within hours there would be sightings. We can only imagine the results if Japan’s marvelous drone display, at the Olympiad opening ceremonies, had suddenly appeared one night off the coast of Wyoming. It seems likely that the immediate reaction would have been panic with some suicides. Confirmation bias ensures that many people see what that want to see.