Log In Sign Up
You are the owner of this article.
Edit Article Add New Article
You have permission to edit this article.
Edit
Home
Local
WMITV
Sports
Police
Opinion
Obituaries
Public Notices
Entertainment
Community
Classifieds
COVID-19
1 of 6 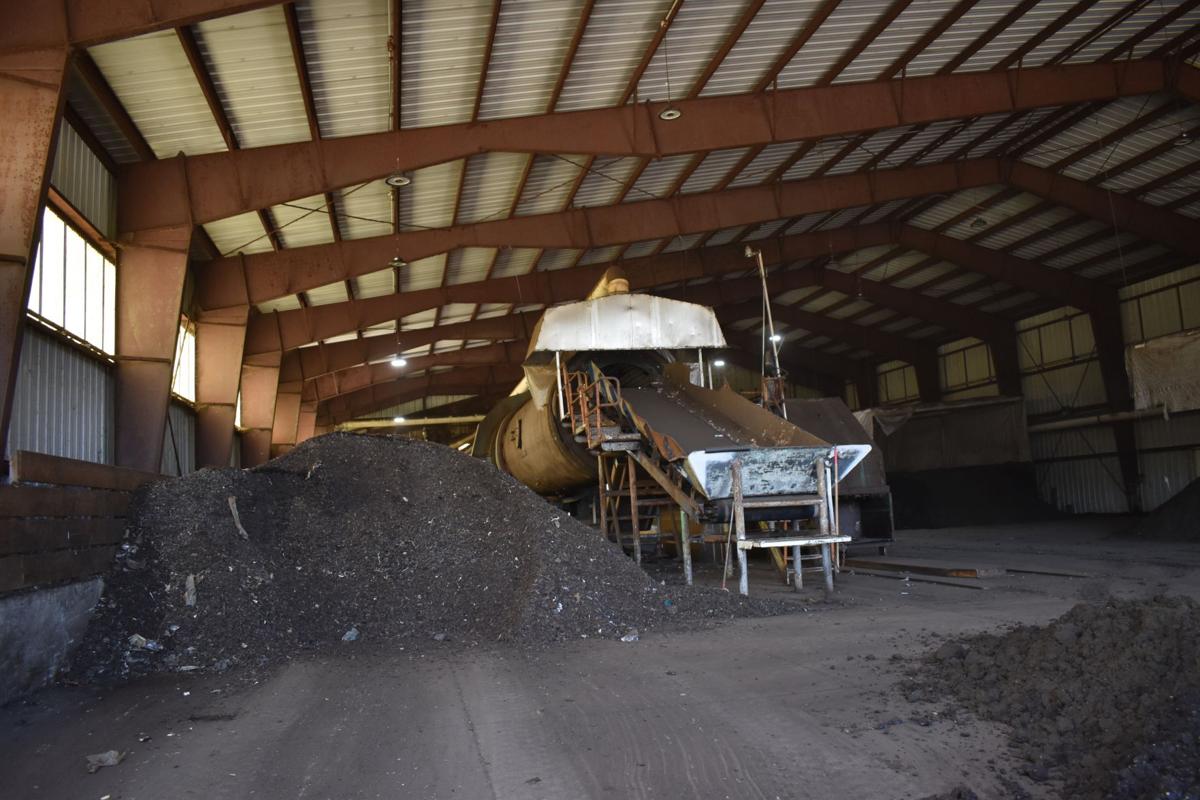 The Rotary Biomixer, known to the community as the digester which PLSD has traded for a more economical way of composting. 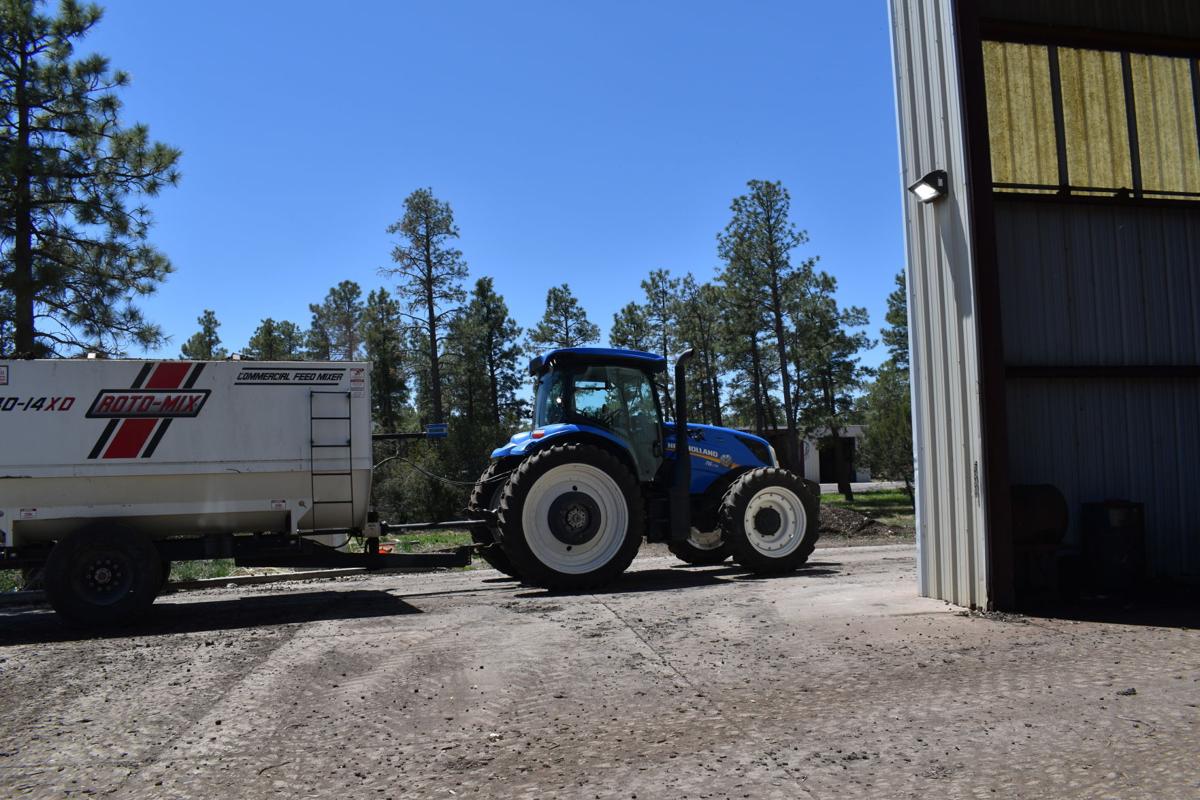 The new ag equipment, now being used by PLSD for composting, delivers cleaner composting at a lesser cost to the district. 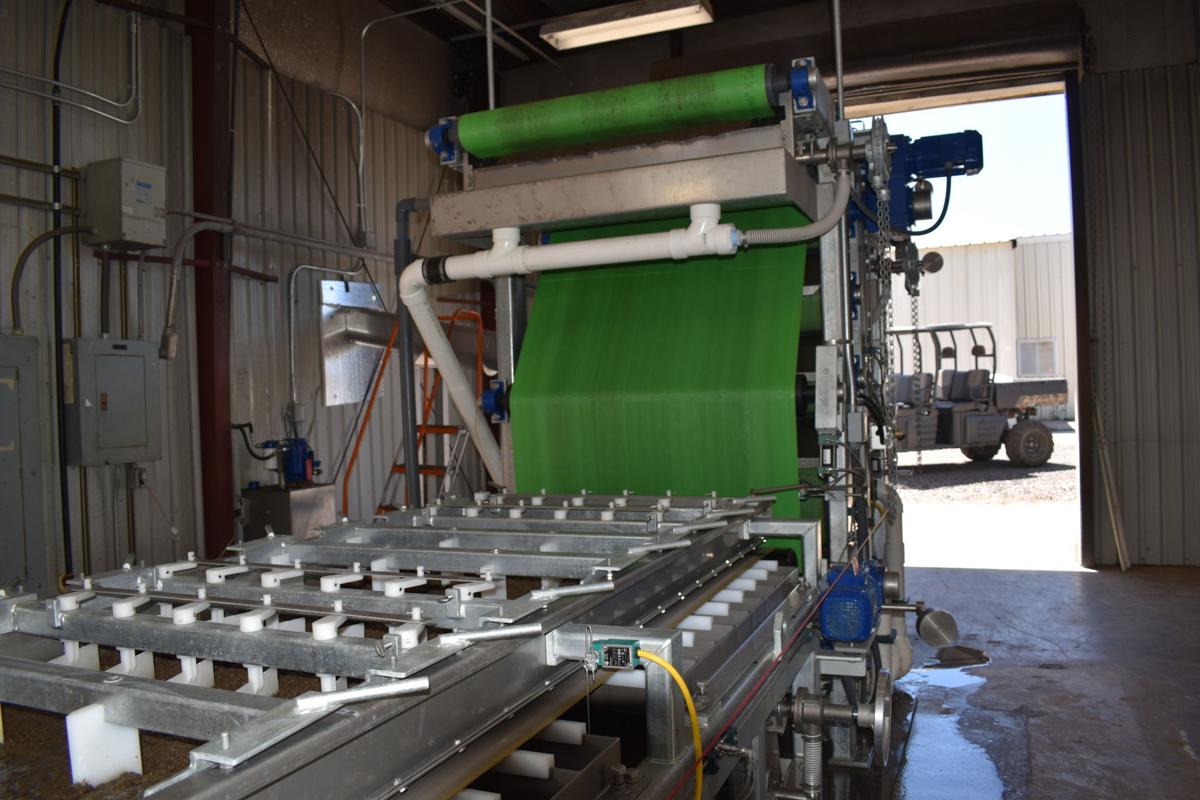 PLSD invested in a new belt press which uses sludge and wood chips to deliver cleaner compost. It is programmable. Employees were instrumental in setting it up for production. 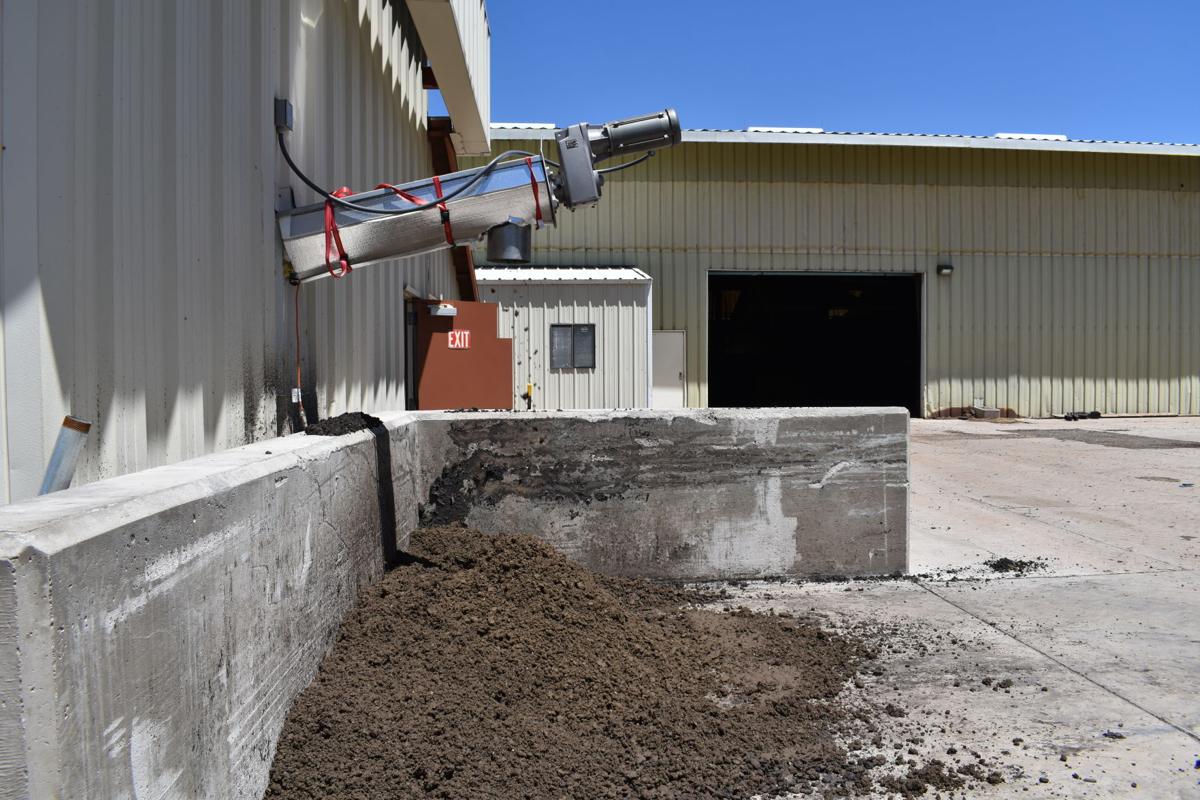 Results of the belt press being emptied outside it own building. 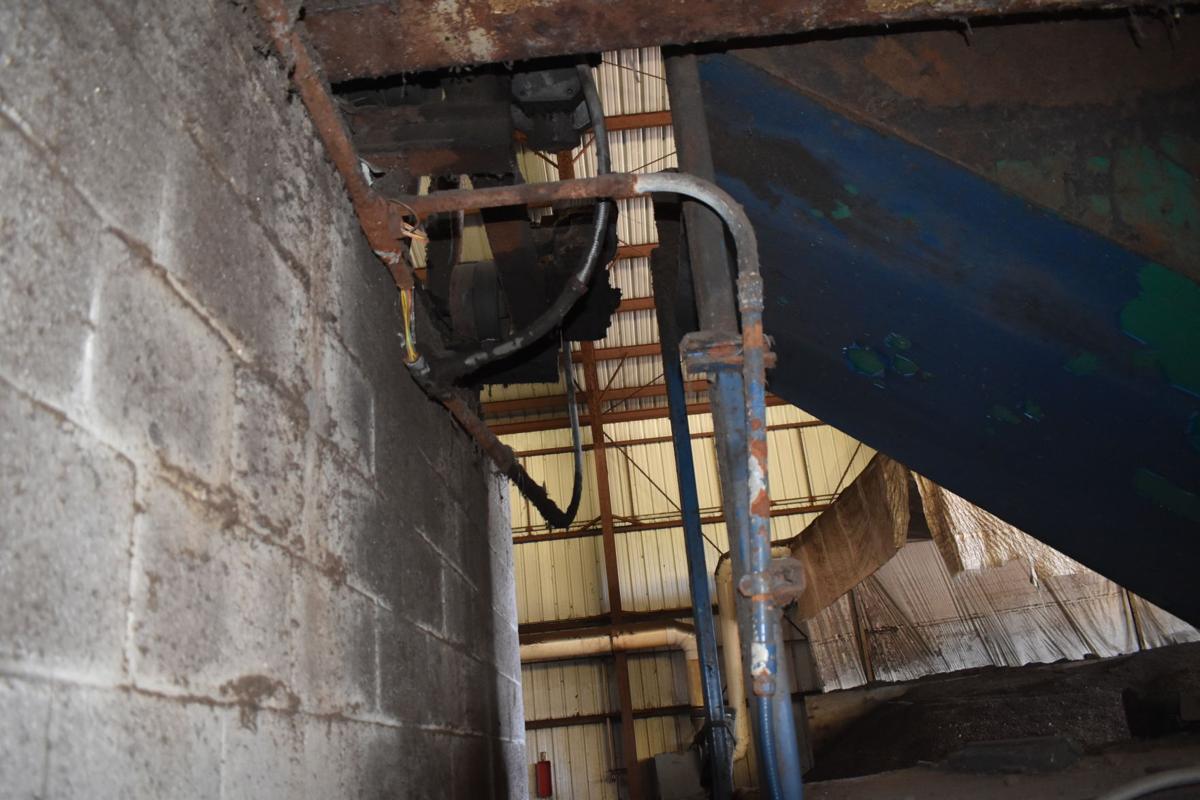 Corrosion of the electrical conduits and roof panels and the structure itself are a result of the excess moisture created by the digester. Repair is around $250,000 and cannot be done for at least six months. 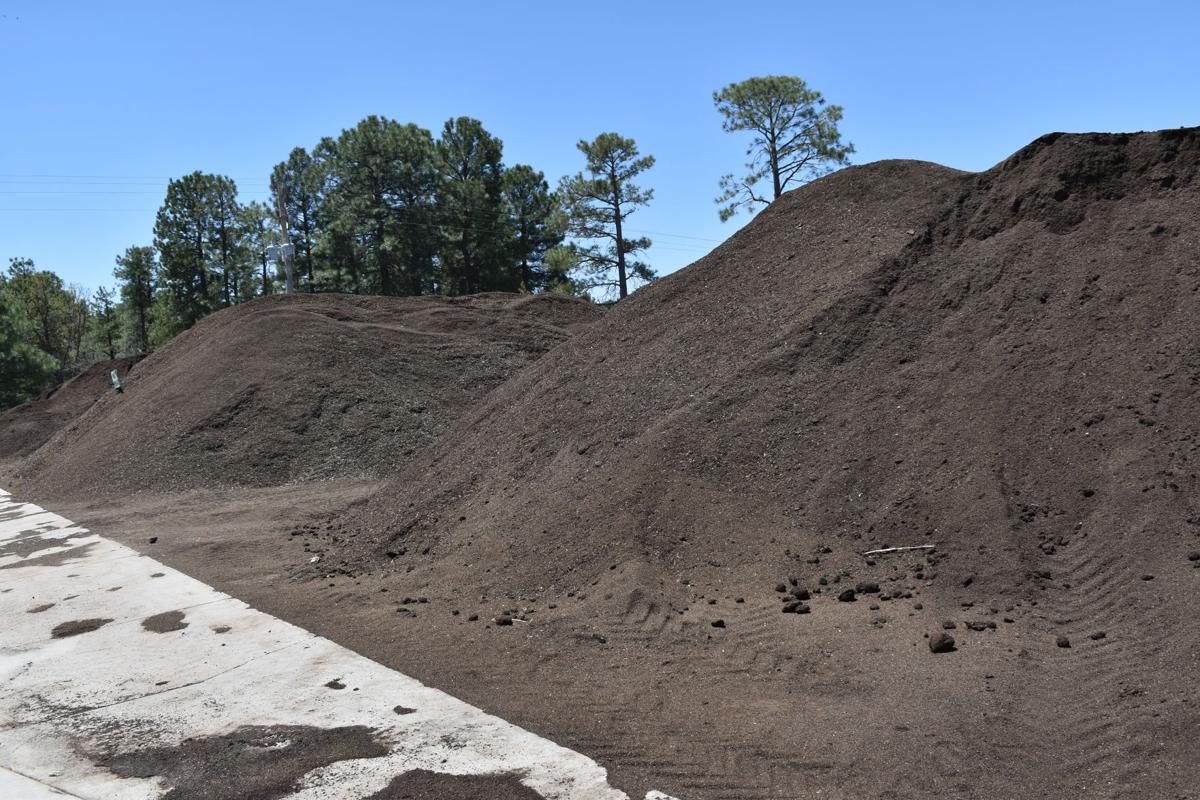 Composting, though done a different way today, is still going on at PLSD for the benefit of the community.

The Rotary Biomixer, known to the community as the digester which PLSD has traded for a more economical way of composting.

The new ag equipment, now being used by PLSD for composting, delivers cleaner composting at a lesser cost to the district.

PLSD invested in a new belt press which uses sludge and wood chips to deliver cleaner compost. It is programmable. Employees were instrumental in setting it up for production.

Results of the belt press being emptied outside it own building.

Corrosion of the electrical conduits and roof panels and the structure itself are a result of the excess moisture created by the digester. Repair is around $250,000 and cannot be done for at least six months.

Composting, though done a different way today, is still going on at PLSD for the benefit of the community.

PINETOP-LAKESIDE — “Composting is not the main show, it is the side show. The main show is really the water,” said Pinetop-Lakeside Sanitary (PLSD) District Manager Dave Smith, as he has succinctly stated many times before. And now, with the board having unanimously voted on Jan. 10 to no longer accept paper or cardboard, their Ag equipment will deliver compost made by using only sludge and wood chips, and will still be for sale to the public.

The Nov. 13, 2019 board meeting and the agenda item, “Discussion and possible action regarding the Rotary Biomixer and the demolition of or possible sale of that equipment,” caused many community residents to fear that composting was going away.

A Save Our Digester group formed and made their intentions to save the once aggrandized digester known at every call to the public at council meetings.

The rotary biomixer, commonly referred to as the digester, was purchased in 2003 at a cost of $2.23 million for the whole digester facility. In 2006 it was said to be the only digester west of the Mississippi River and a model of environmental effectiveness.

The Dec. 11, 2019 board meeting was packed with persons who wanted answers regarding the possibility of PLSD putting such a valuable piece of equipment out to pasture.

Smith said there is no market for a used digester and PLSD is just taking one piece of equipment and trading it for another.

Board member Chris Kengla (now a former board member) spoke at the Dec. 11, 2019 meeting and said, “The bottom line is I am green. I have been fighting for the compost for this side of the deal. I always said, over my dead body, but I am for using different cheaper technology. I have been composting for years. Tubes are not efficient. Nobody is getting rid of it. The rotary mixer is a jaded cow. It is not efficient. The carbon footprint is using too much electricity.

“The digester is still up and running; it still has useful life but we are moving toward different technology to do the same thing — trying to find new technology cuts a fraction of the cost of electricity.”

The next board meeting of Jan. 8, 2020 which had been cancelled due to a lack of agenda items, was uncanceled for the sake of transparency. Smith provided a history and update on the digester and explained how the newly purchased agricultural equipment they purchased would benefit composting.

Following that Jan. 8 meeting, the new agricultural equipment was in place and being tested. Local compost advocate Donna Wastchak-Shurwin arranged two tours of the wastewater treatment plant and digester facility for people to see the digester and the process. Smith provided a biology/history lesson on those tours whereby he reminded everyone that the treatment plant is the real reason PLSD is in business and that composting is a side show on behalf of the public’s desire.

“The facts are, which can be verified by the staff that operates both methods, is that the Ag equipment requires half the labor, produces same quality (actually better). The down side is that it doesn’t require near the amount of cardboard and paper, so this gives us more cardboard and paper then we need and this is why the ‘digester’ is being used”.

“Also worth noting is that we get wood chips with pine needles mixed in and that cannot be used in the ‘digester’ because it creates balls, but not so in the Ag equipment.”

Smith said if PLSD was “only interested in recycling cardboard and paper, and not about economics or the environment, and not about treating the sludge, then the ‘digester’ works fine. We have never run out of cardboard and paper, the problem is we get too much in my opinion. We have become the dumping ground for stuff referred to as paper/cardboard or stuff similar. We still get plastics and other material that regardless of the process is a problem.”

The stuff that cannot be filtered out is sent to the landfill. Having taken paper and cardboard from entities outside the district, it is the district payers who unfairly foot the landfill bill.

The board has invested in a belt press which cost around $300,000. Its end product is de-watered sludge. The machine is programmable and can be shut off by itself. Using only sludge and wood chips, the trash does not have to be filtered out.

Smith said the digester is still up for sale. They had someone out of Texas who wanted to buy it but wanted PLSD to pay to haul it away.

The latest issue for the digester is that the electrical conduit to the digester is rusting and is corrosive, including the roof panels and the structure due to moisture. The cost for replacement is around $250,000 and no contractor is even available for the job for at least six months.

Smith says another comparison between the two pieces of equipment is that the digester has the tall conveyor belts which must be cleaned and is a maintenance nightmare. The Ag equipment — the tractor and mixer — only has to be greased once a week, with a lot fewer moving parts.

PLSD says “The cost both environmentally and economically does not justify continuing doing business as in the past.” There is plenty of compost for anyone who wants it and it is for sale. Information on the compost can be found at www.plsd.com.

"The District has made a difficult decision to stop accepting cardboard and paper. There are several reasons that led to this decision, but the one that put the stop immediately was an electrical issue in the building that effects the process. We understand this has been a good community service for many years. The Board of Directors have had many discussions on this topic trying to balance the economic, environmental and public sentiments and feel the core responsibility for the District is in the collection and treatment of wastewater. The District will continue to produce compost, but will not be accepting cardboard and paper (includes confidential documents). We feel the Town is offering a great opportunity to recycle many items and hope the community will continue to support their efforts."

The recycling center in Pinetop was still taking paper and cardboard last week. Will they stop taking those?