CONCHO – A Concho area resident, Leslie Hildebrand, had not been heard from since January 25. According to postings online on Facebook, she had been expected to attend a local swap meet that day but did not show up. That was the first sign to residents who knew her that something was amiss.

On Tuesday, Feb. 4, Hildebrand was officially reported as a missing person, and a statewide Silver Alert was issued by the Apache County Sheriff’s Office for the 77-year-old woman. Hildebrand was also added to the National Crime Information Center and Arizona Criminal Justice Information Center as a missing person, according to a press release issued by the Apache County Sheriff’s Office (ACSO) late on Tuesday. 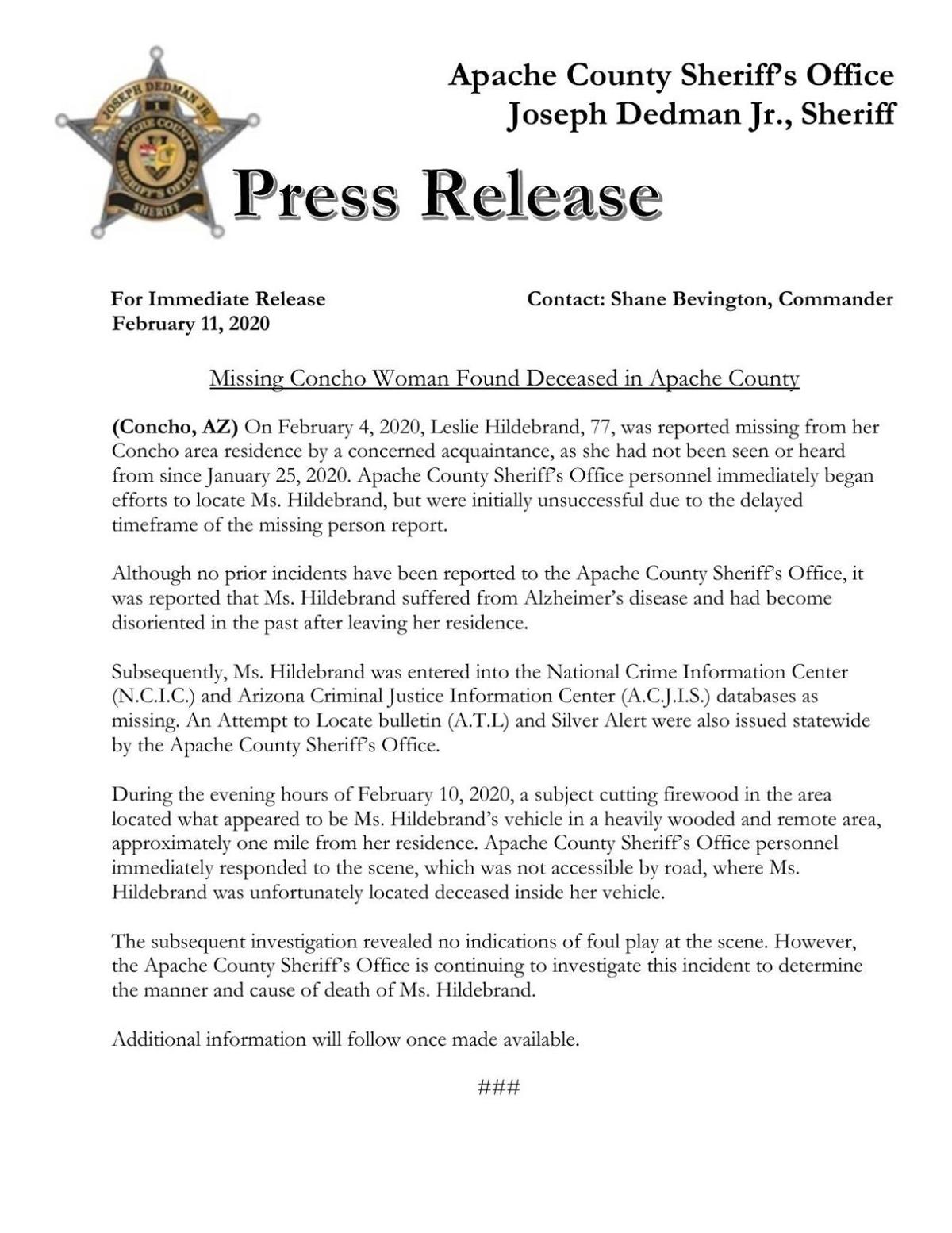 The ACSO did not reach out to local media when the Silver Alert was made, although friends and community members posted about the missing woman on social media.

Attempts were immediately made to locate Hildebrand, but efforts were unsuccessful due to the length of time that had passed between when she was last seen to when the missing person’s report was made.

On Monday, Feb. 10, nearly a week after she was reported missing, an individual out cutting wood stumbled upon her vehicle, a white Nissan pickup truck, in a heavily wooded area. According to the ACSO, This area was remote and not easily accessible by road, located approximately one mile away from Hildebrand’s home. This person called the Sheriff’s Office, which arrived on scene immediately. Unfortunately, Hildebrand was found inside her vehicle, deceased.

It had been reported to authorities that Hildebrand suffered from Alzheimer’s disease and had become disoriented before when leaving her residence. It is unknown at this time if that played a factor in the tragic outcome, however.

According to the Apache County Sheriff’s Office, there were no indications of foul play, but investigations into what happened to Hildebrand are still ongoing.