Levi Cooper said one of the best lessons he learned as an Arizona State wrestler was “not having my ego attached to the results.” 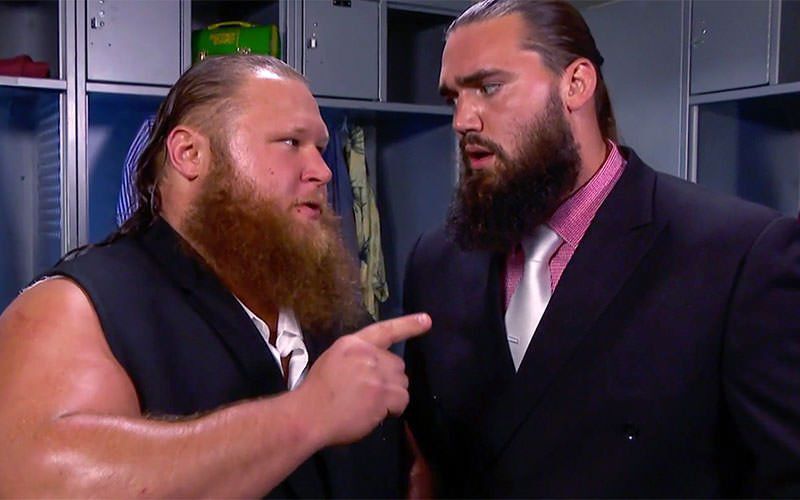 Tucker, who is known as former ASU wrestler Levi Cooper outside the ring, recently split up with WWE tag team partner Otis, left. 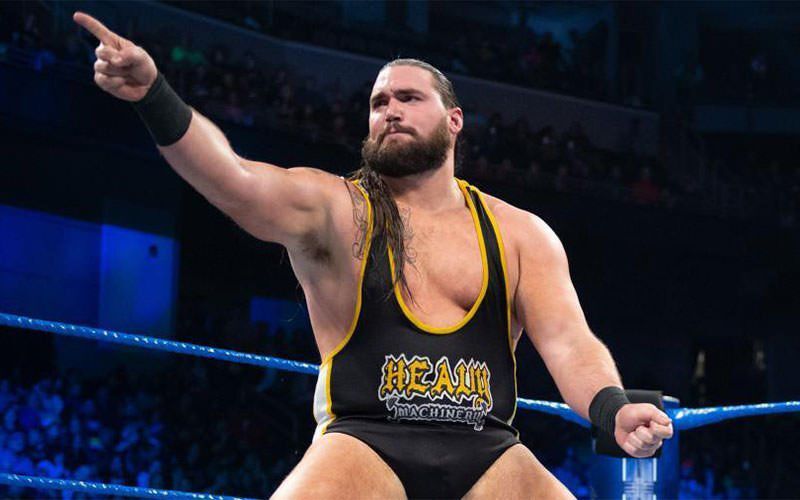 Levi Cooper said one of the best lessons he learned as an Arizona State wrestler was “not having my ego attached to the results.”

Tucker, who is known as former ASU wrestler Levi Cooper outside the ring, recently split up with WWE tag team partner Otis, left.

PHOENIX — One day he is studying accounting at Arizona State. The next he is hitting his “business” partner with a briefcase.

Welcome to the world of former ASU wrestler Levi Cooper, better known these days as “Tucker,” a WWE performer on Monday Night Raw.

“I love ASU and always will,” Cooper said. “Tempe has a very big spot in my heart.”

It was the place he found success at the collegiate level. And the springboard for an unlikely career.

After finding success at Oregon’s North Marion High School in football, wrestling and track and field, Cooper made stops at Portland State, which discontinued its wrestling program, and Cal State Bakersfield before landing at ASU.

He made an immediate impact, securing All-American honors his first competitive season at 285 pounds and finishing eighth in the NCAA Championships.

Success continued throughout his senior year and he was ranked 18th in the nation during the 2012-13 season. He led the team in dual wins and points and advanced to the NCAA championship.

“I remember him being a good leader and was a great presence in the locker room for the whole team,” Pritts said. “He was always upbeat and always competed at top level.”

Levi Cooper said one of the best lessons he learned as an Arizona State wrestler was “not having my ego attached to the results.” (Photo courtesy Sun Devil Athletics)

ASU was a special place for Cooper. Not only did he succeed at wrestling, he met his wife, a former ASU athlete, there.

“ASU will always be a big part of our lives and we will represent the Sun Devils forever and there is no taking that away from us,” Cooper said.

One of the biggest lessons he took away from ASU?

“Not having my ego attached to the results,” he said.

After graduating from the W.P. Carey School of Business with a degree in accountancy, he seemed destined for a career with numbers.

But he also had tried out for a spot with WWE, the popular organization that blends sports with scripted entertainment. A month later, in July of 2013, the company called and offered him a contract.

“I chose WWE because it gave me the best opportunity to continue my athletic endeavors and I looked at it like a new, exciting athletic challenge,” Cooper said. “I enjoy those kinds of tests where I would have to use my will and determination to be successful.”

He started his journey at the WWE Performance Center in Orlando, Florida, and soon learned the transition from college to professional competition is not an easy one.

“In wrestling, you are out there by yourself and you want to go out there to ignite the crowd and put on a show,” Pritts said.

“As far as it goes to technique and most other things, there are not many correlations except the physical pounding you put your body through in wrestling may prepare you for WWE as well.”

Tucker Knight, Cooper’s full ring name, made his debut in 2015 against Tye Dillinger and made his television debut against Baron Corbin.

The following year was a pivotal one as he formed a tag team with “Otis”– known away from the ring as Nikola “Niko” Bogojevic – and the pair became “Heavy Machinery.” The duo made multiple appearances on the television program “WWE NXT” and it’s where Cooper truly learned the business, including the jargon of it, he said.

It led to his first televised main roster appearance at the 2018 Greatest Royal Rumble. A few months later, his dream of appearing as a superstar on the main roster came true when it was announced Heavy Machinery would appear on the Jan 14, 2019, episode of Raw.

The duo would be part of big matches throughout 2019 and 2020, taking part in multiple Pay Per View and tag team title matches.

Now he is on a singles run on Monday Night Raw after splitting with Otis. During the broadcast of Money in the Bank, he hit his partner with a briefcase to make the breakup official.

Despite COVID-19 outbreaks that have impacted talent availability, WWE has not missed any television or pay-per-view events during the pandemic.

It recently launched the ThunderDome, a virtual experience with fans appearing on video boards.

The large fan support for WWE has given Cooper a platforum. Outside of the ring his focus is on spreading messages he believes strongly in, including making mutual respect a priority.

“Whether you have a R or a D next to your name, you are an American,” Cooper said about political affiliations. “Everybody loves America the same, even if we disagree the way it should go down. We need to have civilized conversations.”

What’s next for Cooper? It could be motivation speaking.

His wrestling journey, from ASU to WWE, helped him find his voice.

Edwin Perez is an Arizona native who’s expecting to graduate in spring 2021 with a bachelor’s degree in sports journalism and a minor in Spanish. Afterward, he will return to Cronkite to complete his master’s degree. Perez works as a digital reporter for Cronkite Sports.