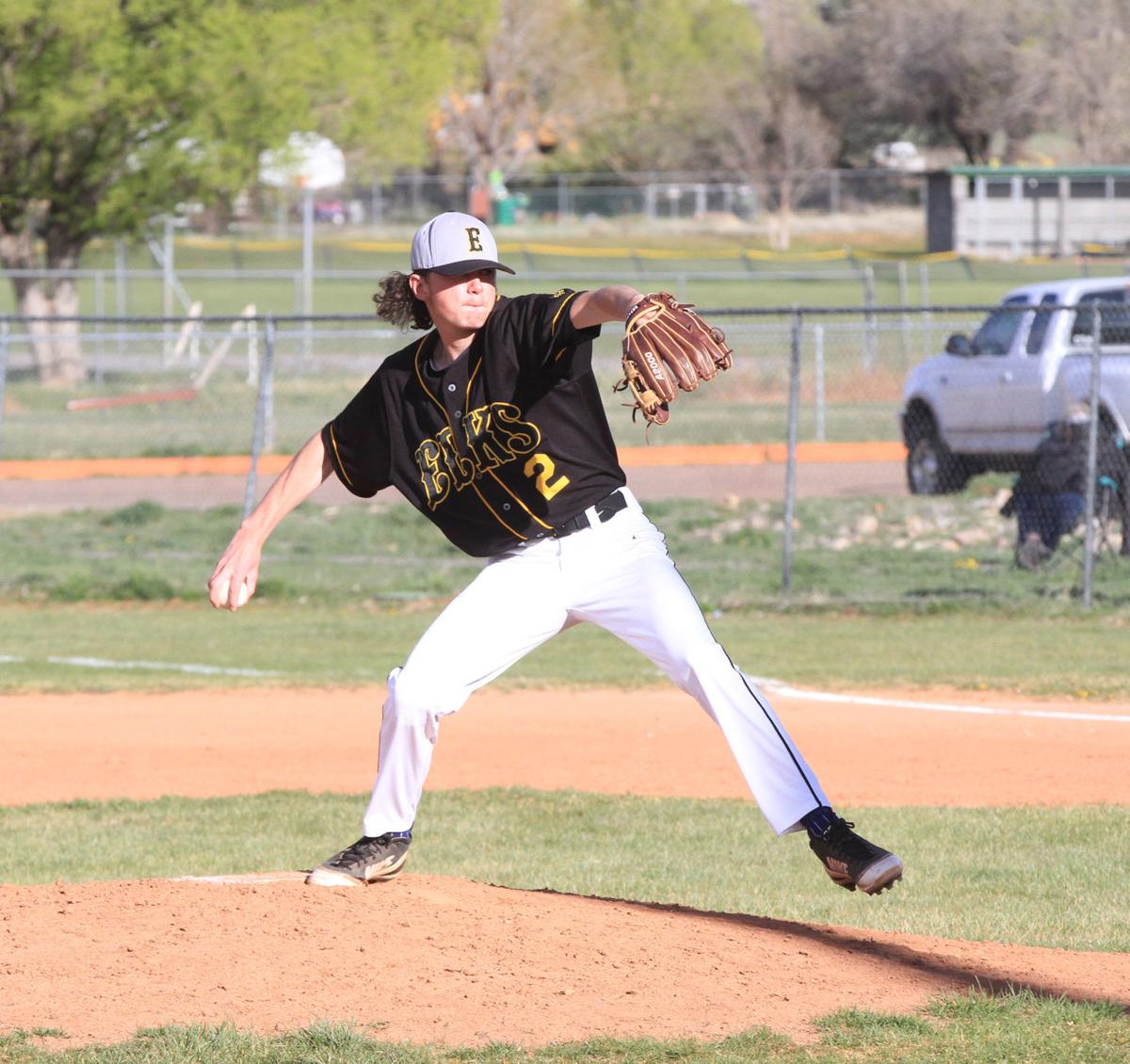 Round Valley’’’Jared Waters releases a pitch during a game in Show Low last April. 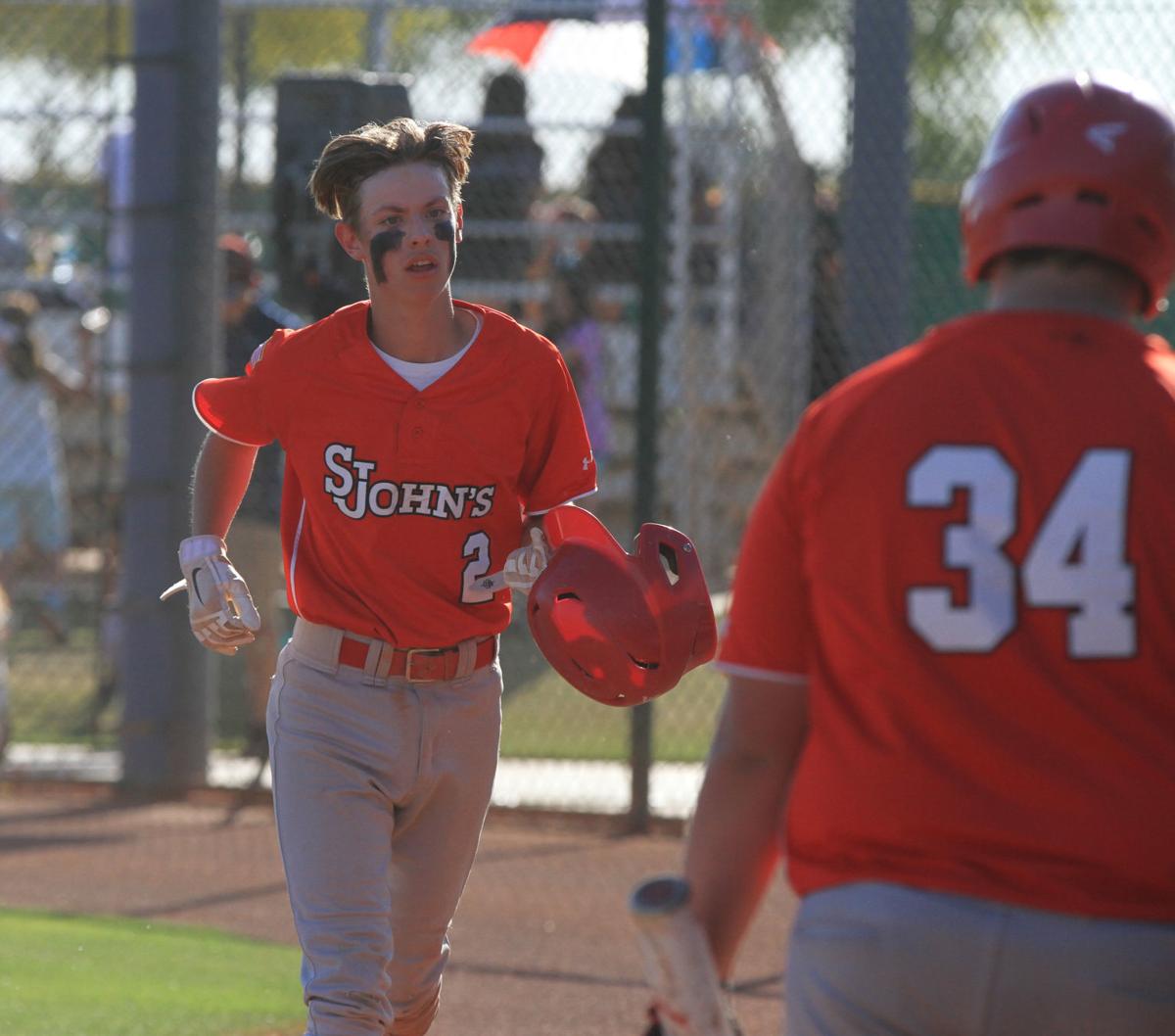 Justus Burt of St. Johns leaves the field after getting called out at home plate during the 2019 playoffs. Easton Walker waits on deck. 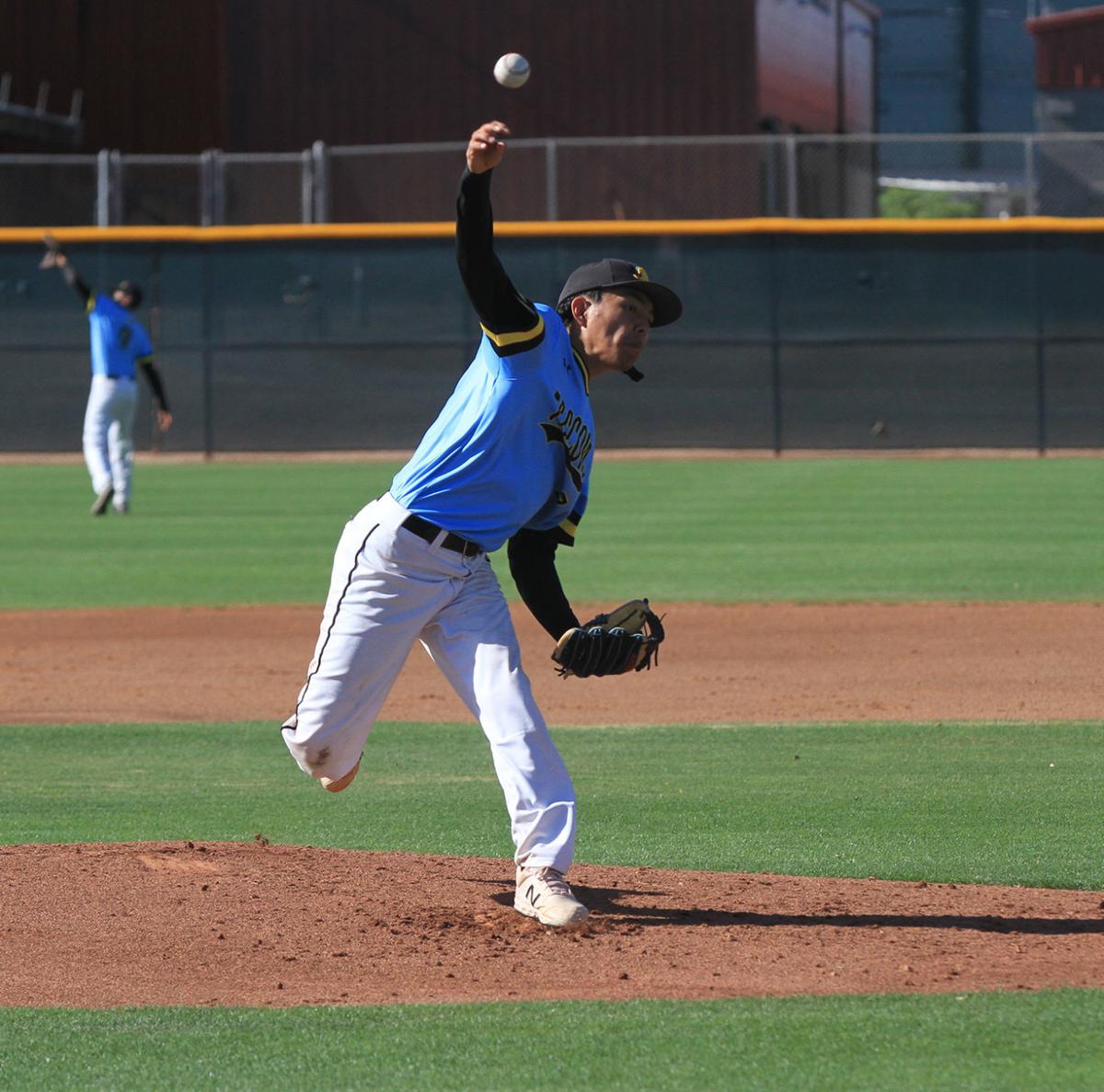 Alchesay senior Elisha Walker, shown pitching during the state playoffs as a junior in May, 2019, is among the many Ariuzona seniors who saw their high school careers come to an end due to the COVID-19 pandemic.

Round Valley’’’Jared Waters releases a pitch during a game in Show Low last April.

Justus Burt of St. Johns leaves the field after getting called out at home plate during the 2019 playoffs. Easton Walker waits on deck.

Alchesay senior Elisha Walker, shown pitching during the state playoffs as a junior in May, 2019, is among the many Ariuzona seniors who saw their high school careers come to an end due to the COVID-19 pandemic.

With the Arizona Interscholastic Association’s canellation of the remainder of the 2020 spring sports season because of the coronavirus outbreak, the three week stretch at the beginning of the season will be all this year’s athletes will have until the pandemic is over.

The Alchesay baseball team won all seven of its games and was looking toward another high seeding and playoff appearance.

St. Johns and Round Valley began the year 3-4 against some good competition.

Following is a roundup of the local 2A North teams’ regular-season games.

FORT DEFIANCE — The visiting Falcons got 18 hits, eight for extra bases, to defeat Window Rock for the second time in a week, 11-3 on March 10.

Alchesay senior Timmie Cosay was 4 for 4 with two doubles and an RBI to lead the team at bat. Sophomore Braydon Cosay (3-5) hit a triple and a home run and drove in four runs.

The Falcons used four pitchers in the victory. Senior hurler Elijah Walker pitched two scoreless innings, struck out four Scouts and got the win. Shipp notched five strikeouts in two innings on the mound, Ezequiel Walker, a sophomore, struck out two in two innings and Timmie Cosay got two K’s in one inning.

TUBA CITY — The Elks scored runs in all five innings in a 21-3 win in the first game of a 2A North doubleheader at Greyhills on March 10.

Round Valley had 28 base runners in a 12-hit outing. Seven Elks drew bases on balls, six reached on errors and three were hit by pitches.

Waters scattered three Knight hits and one earned run over the five innings and struck out 11 for the win.

TUBA CITY — Round Valley took a 20-0 lead in the first three innings and won a five-inning, 2A North game, the second of a doubleheader, at Greyhills on March 10. The Elks improved to 3-4 on the season with the win.

St. Johns junior Ryan Lucero was 3 for 4 at the plate with two doubles, and drove in five runs to lead the Redskins to a 16-4 win against visiting 1A Joseph City on March 10. The Redskins improved to 3-4 on the season with the victory.

The Redskins scored runs in each of the first four innings. Joe City scored three runs in the top of the second inning to tie the game. St. Johns scored two in the bottom of the inning to take the lead for good.

Lucero scattered five Wildcat hits over the five innings, gave up two earned runs and struck out five for the win.

The Falcons scored runs in all five innings during a 14-2 win against visiting San Carlos on March 6.

Sophomore Ezequiel Walker scattered two San Carlos hits over five innings, gave up two runs — one earned — in the third inning and struck out eight Braves for the win.

Junior Dason Spencer was 3 for 3 at the plate and drove in five runs to lead St. Johns to a 14-4 win against visiting 3A Holbrook on March 5.

Senior Mark Ballejos (2-2), who drew three bases on balls and stole three bases, and junior Justus Burt (2-5) each had a pair of base hits. Joseph Bushman, a junior, drove in two runs. Senior Tate Skousen (1-4, RBI) hit a double.

Easton Waters, a senior, was hit by pitches three times and he also reached base on an error. Spencer also reached on two bases on balls.

St. Johns stranded 30 base runners while Holbrook left 10 on base.

Starting pitcher Burt gave up four runs — two earned — in 4 1/3 innings on the mound and struck out three Roadrunners.

Marcus Oberriter, a freshman, pitched three innings and struck out six Redskins in the loss.

Alchesay played host to 3A Ft. Defiance Window Rock on March 4 and ripped 15 hits in a five-inning, 12-0 victory.

Dante Shipp, a sophomore, was 3 for 3 at bat, including a pair of doubles, and drove in three runs to lead the Falcons. Timmie Cosay, a senior, was 3 for 4 with two RBI and sophomore Braydon Cosay was 1 for 2 with two RBI. Senior Elisha Walker (1-2, RBI) also hit a double and junior Allyn Cosay had a pair of base hits.

Alchesay scored 10 runs in the first inning and seven in the second en route to a 17-0, four-inning win against visiting Sanders Valley in a 2A North game on March 3.

Trent Sprengeler was 3 for 4, including a triple, and drove in three runs to lead a 15-hit Falcon outing at the plate.

Jace Taylor went 5 for 5 at the plate, including two doubles, to lead Round Valley to a 14-9 win at 1A Joseph City on March 3.

Jordan and Waters split time on the mound and gave up one earned run while striking out nine Wildcats.

Tyler Penrod was 2 for 4 at the plate and Jay Edwards (1-4, double) drove in two runs to lead Joseph City.

Mogollon began the 2020 season by playing host to 2A St. Johns on March 3 and the Mustangs won 10-0. Mogollon scored three runs in the sixth to end the game on the 10-run mercy rule.

The Mustangs out-hit the Redskins 8-1. Timmy Porter, a senior, was 3-for-4 batting, including a double, with two RBI to lead the home team.

Malaki Porter, a sophomore, was 2 for 2, both singles, with three bases on balls and one run batted in. Sophomore Braxton Owens (0-2) drove in two runs. Junior Diego Amaya (1-1), sophomore Cael Porter (1-4) and senior Dallin Rice (0-3) drove in one run apiece.

Rice pitched the first three hitless innings and struck out four Redskins. Timmy Porter struck out six and gave up St. Johns’ lone hit over the next 2 2/3 innings. Sophomore Cael Porter notched one strikeout for the final out of the game.

The Redskins used three pitchers as well. Mark Ballejos, a senior, gave up three hits and four runs, two earned, while striking out four in the first three innings to take the loss.

KEAMS CANYON — Alchesay seniors Elliott Joplin was 3 for 3 with a home run and six RBI’s and Eli Thompson was 4 for 4, including two doubles, with three runs batted in to lead the Falcons to a 26-4 win at Hopi in game one of a 2A North and season-opening doubleheader on Feb. 26. Alchesay got 26 hits, including 12 for extra bases.

Ezequiel Walker, a sophomore, gave up two Bruin hits in two scoreless innings and struck out five for the win.

KEAMS CANYON — Alchesay senior Timmy Cosay was 3 for 3 with a double and he batted in two runs in the Falcons’ 19-4 win against Hopi on Feb. 26.

Cordell Massey, also a senior, was 1 for 3 with two RBI’s as Alchesay got 17 hits, four for extra bases. Dante Shipp, a sophomore, was 3 for 3 with a double and one RBI. Juniors Trent Sprengeler (2-4, RBI) hit a triple and Allyn Cosay (2-3) hit a double.

Jake Yeager and Dawson Spear drove in three runs apiece to lead the Cougars to a 16-5, non-conference, season-opening win at Round Valley on Feb. 26.

Yeager and Cougar Cooke, who hit a double drove in two runs, were each 2 for 3 at the plate to lead Show Low’s eight-hit outing. Spear was 1 for 5 with a double. Yogi Vizcarra (1-2) also had two RBI.

The Elks got seven hits. Kaden Puzas was 2 for 3 with a double and an RBI and Jace Taylor was 2 for 4 with a solo home run.Kasch Whitmore (1-2) also drove in a run.

Round Valley’s Jared Waters scattered three Cougars over four innings asnd struck out five. Dylan Jordan had three K’s in one inning on the mound.