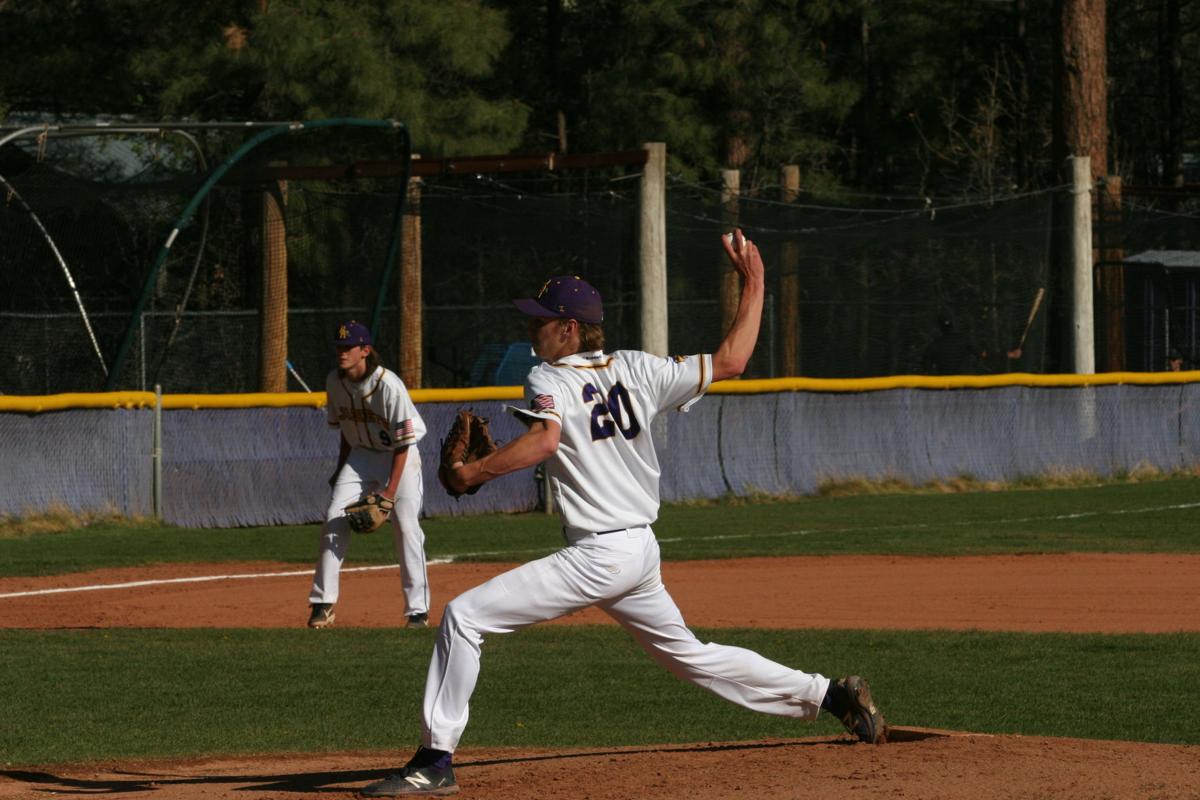 Danner Owens pitches for Blue Ridge against Camp Verde and, below, motors into second base while on offense in Tuesday’s game. 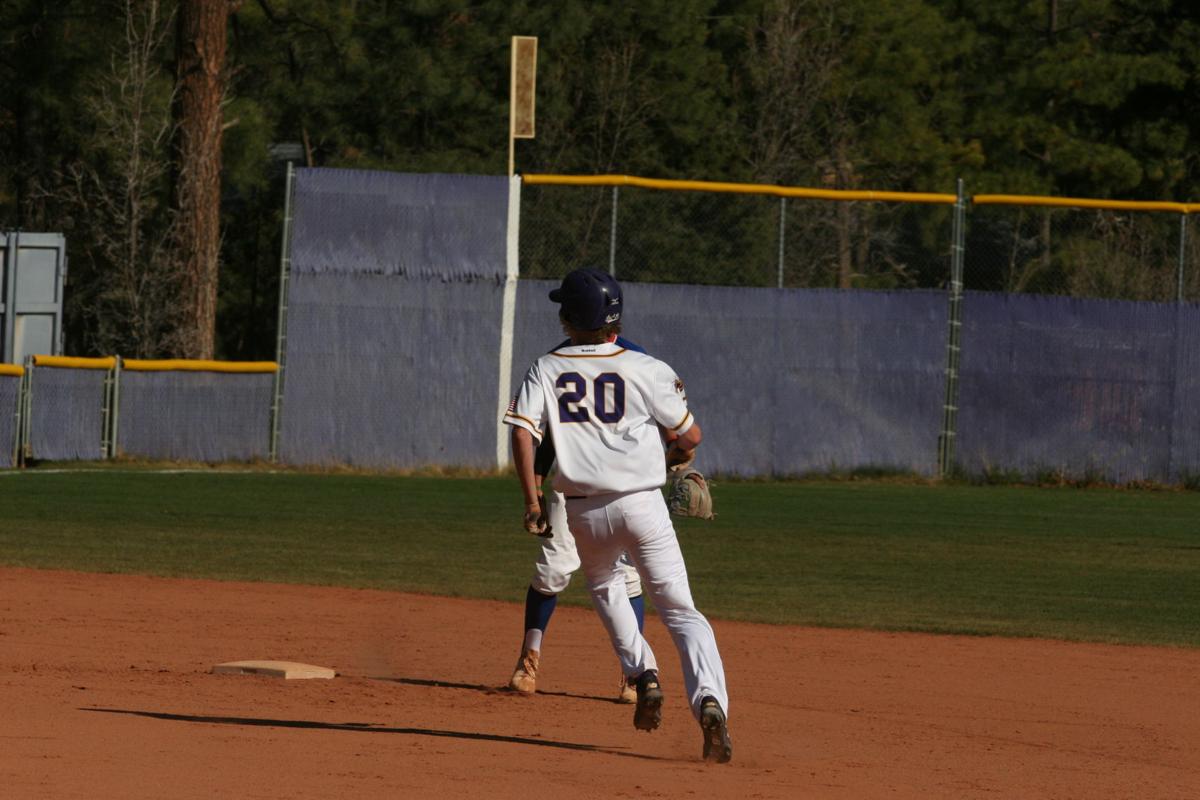 Danner Owens pitches for Blue Ridge against Camp Verde and, below, motors into second base while on offense in Tuesday’s game.

LAKESIDE-PINETOP — The Blue Ridge baseball team most likely played its final game of the season Tuesday night against Camp Verde.

Ending the season on a positive note, the Yellowjackets would go on to win in style by defeating the visiting Cowboys 8-1 in the non-conference game scheduled at the last minute.

The Yellowjackets jumped on the board right away thanks to senior Gunner Martinez hitting a home run on the first pitch of the game. Two more for the Yellowjackets also drove in runs in the first inning that ended in a 3-0 score.

Blue Ridge’s Danner Owens pitched a fantastic game by allowing only a few base hits and one run.

In the third inning, Cody Wallace and Dimitri Muncy produced runs to give the Yellowjackets a 5-0 lead.

Defense was a big piece in Tuesday’s victory, allowing Owens to stay calm the whole game on the mound, knowing his infielders and outfielders would defend whatever came their way.

The Yellowjackets would continue the scoring in the fourth by putting up three more runs and closing the inning ahead 8-0.

Blue Ridge dominated the rest of the game as a team. The Cowboys managed to score their lone run in the last inning thanks to a lucky bounce of the ball.

The Yellowjackets had a solid season and made huge improvements during the year. They finished with a 9-7 overall record and 7-5 in league play, just a few wins shy of making the state playoffs.