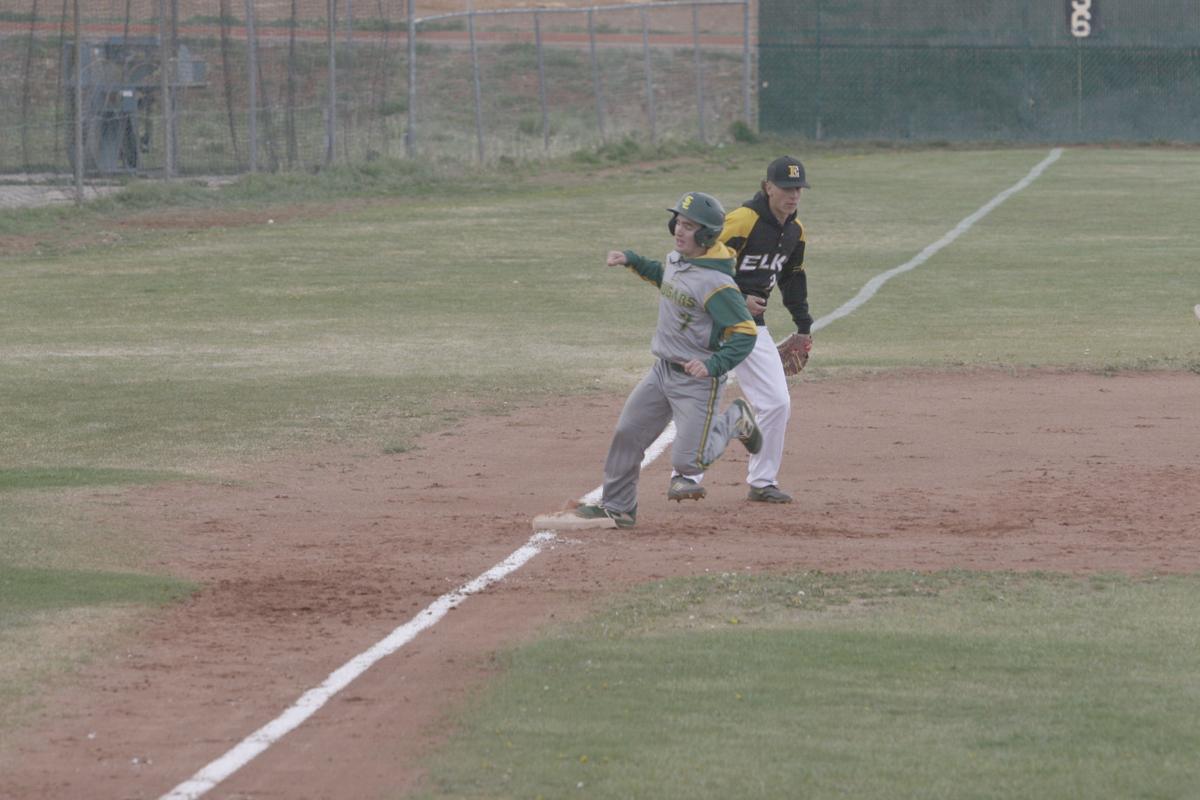 Below, Show Low’s Bubba Butler rounds third base and heads for a run. 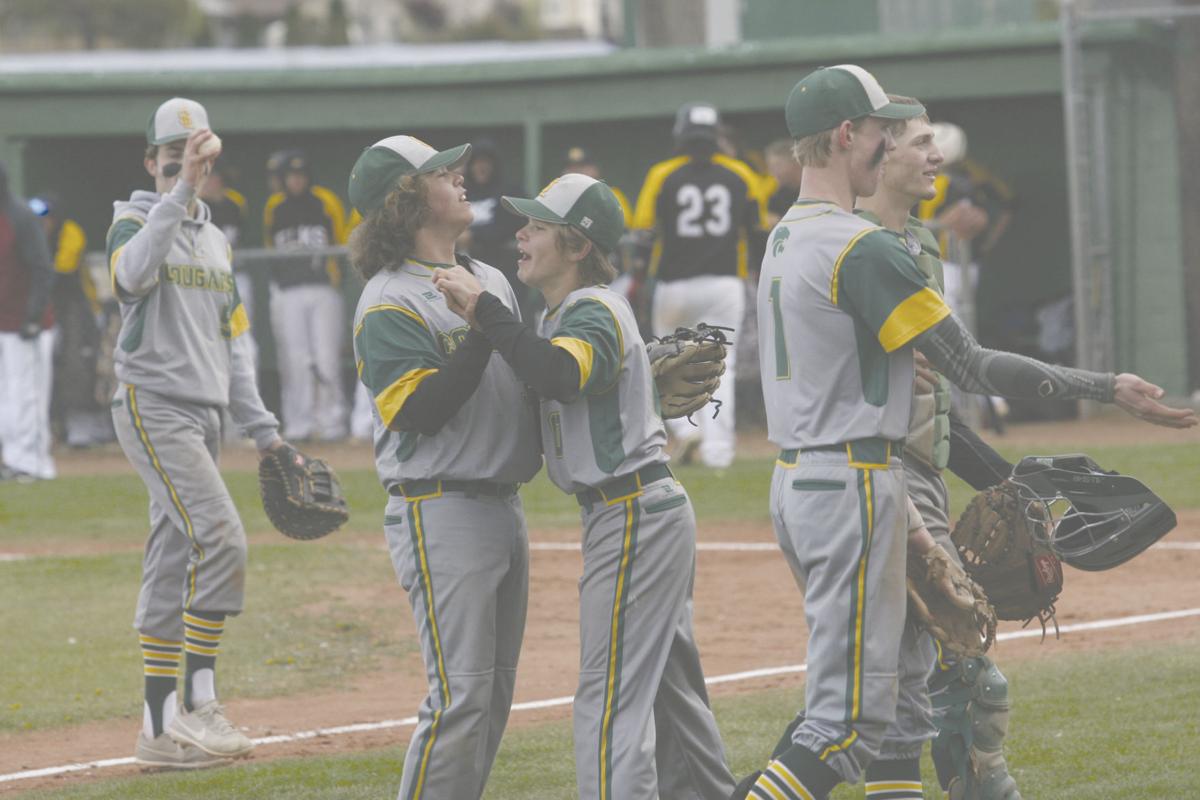 Above, the Cougars celebrate after defeating Round Valley on Tuesday. Below, Show Low’s Bryce Reidhead, left, takes a cut and Bubba Butler rounds third base and heads for a run. 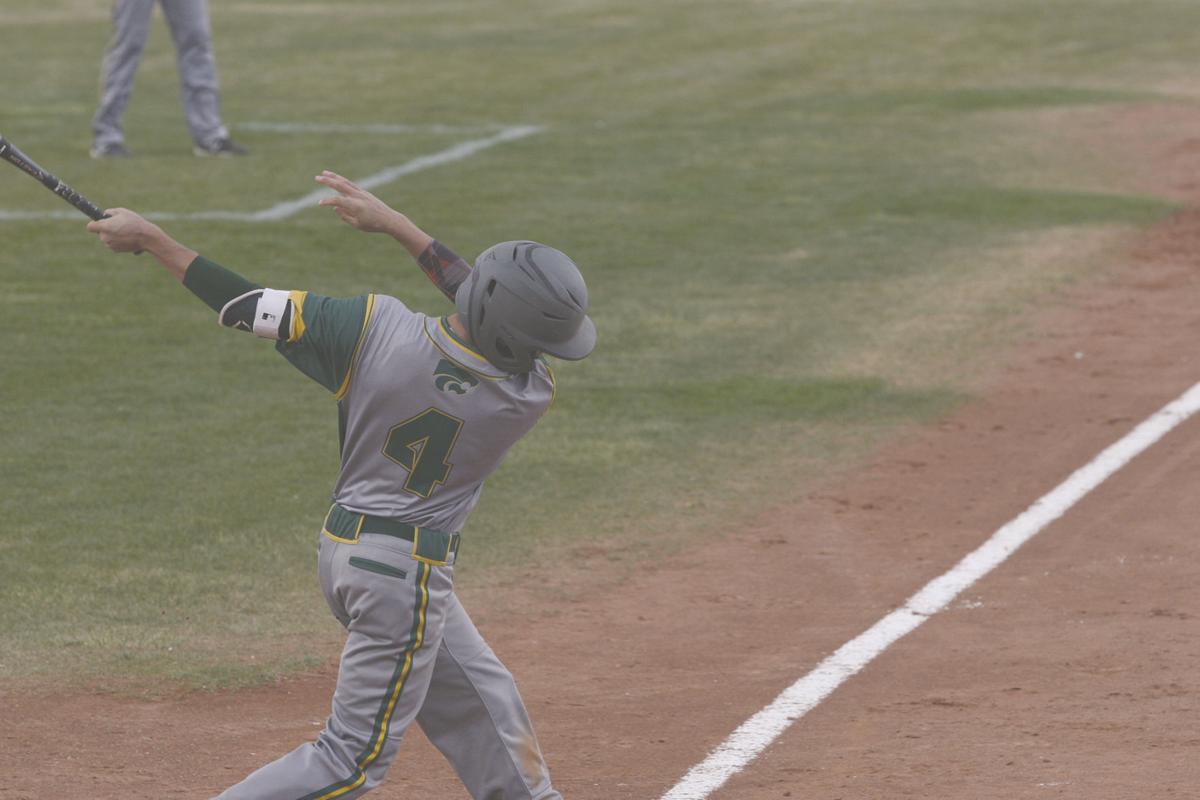 Below, Show Low’s Bubba Butler rounds third base and heads for a run.

Above, the Cougars celebrate after defeating Round Valley on Tuesday. Below, Show Low’s Bryce Reidhead, left, takes a cut and Bubba Butler rounds third base and heads for a run.

SHOW LOW — It was a quick and lopsided victory for the Show Low Cougars baseball team Tuesday night against a young and under-experienced Round Valley Elks team.

Per the mercy rule, the game ended in just the fourth inning with the Cougars leading 12-1.

Cougar pitcher Michael Garguilo was on the money the entire game, allowing only three hits and one run that led to frustration for the Elks batters.

Show Low’s batters showed up once again, scoring their first run in the second inning thanks to Cougar Cooke bringing it home. Liam Stevens would continue the trend into the third inning by scoring for the Cougars before teammate Trenton Beeler scored to end the inning with a 3-1 score.

Wasting no time, the Cougars put up nine runs in the fourth inning showing again how fast they can run up the score on opponents.

The Cougars’ defense stopped the Elks from having any chance by yielding only one run and making sure to get the Elks off the field in their last-chance bid in the fifth inning.

“This team is peaking at just the right time. We’re playing well defensively, the pitchers are dialing in and were starting to get some really great batting, scoring close to 48 runs in the last four games against some pretty good teams,” Show Low coach Jeff McNeil said after the game.

On Wednesday, the Cougars traveled to Joseph City for a 2 p.m. game against the Wildcats. The Cougars return home to close the regular season against Chino Valley at 3:45 p.m. Tuesday.