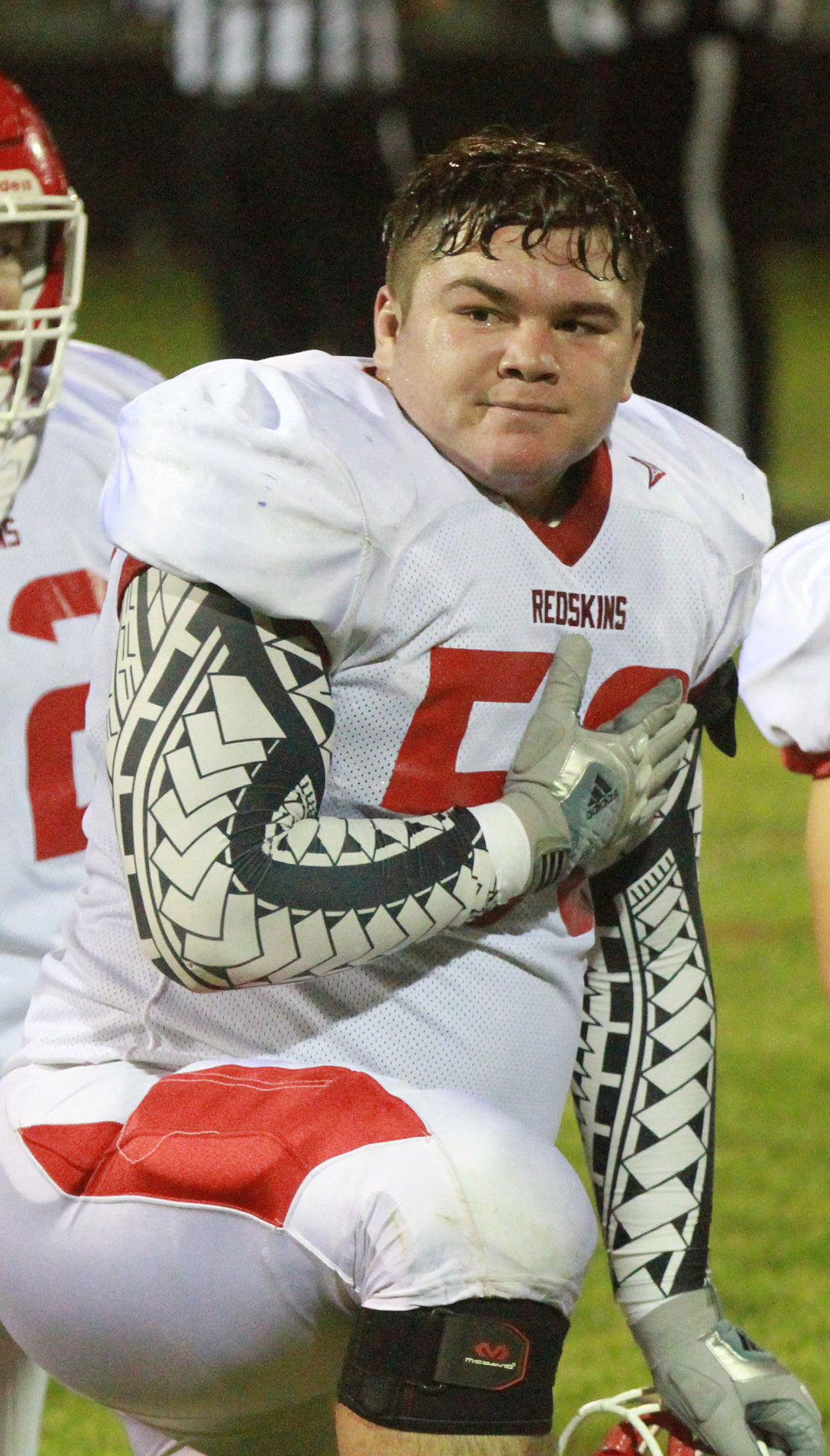 2A All-State and 2A Salt Region Defensive Player of the Year Nick Patterson of St. Johns 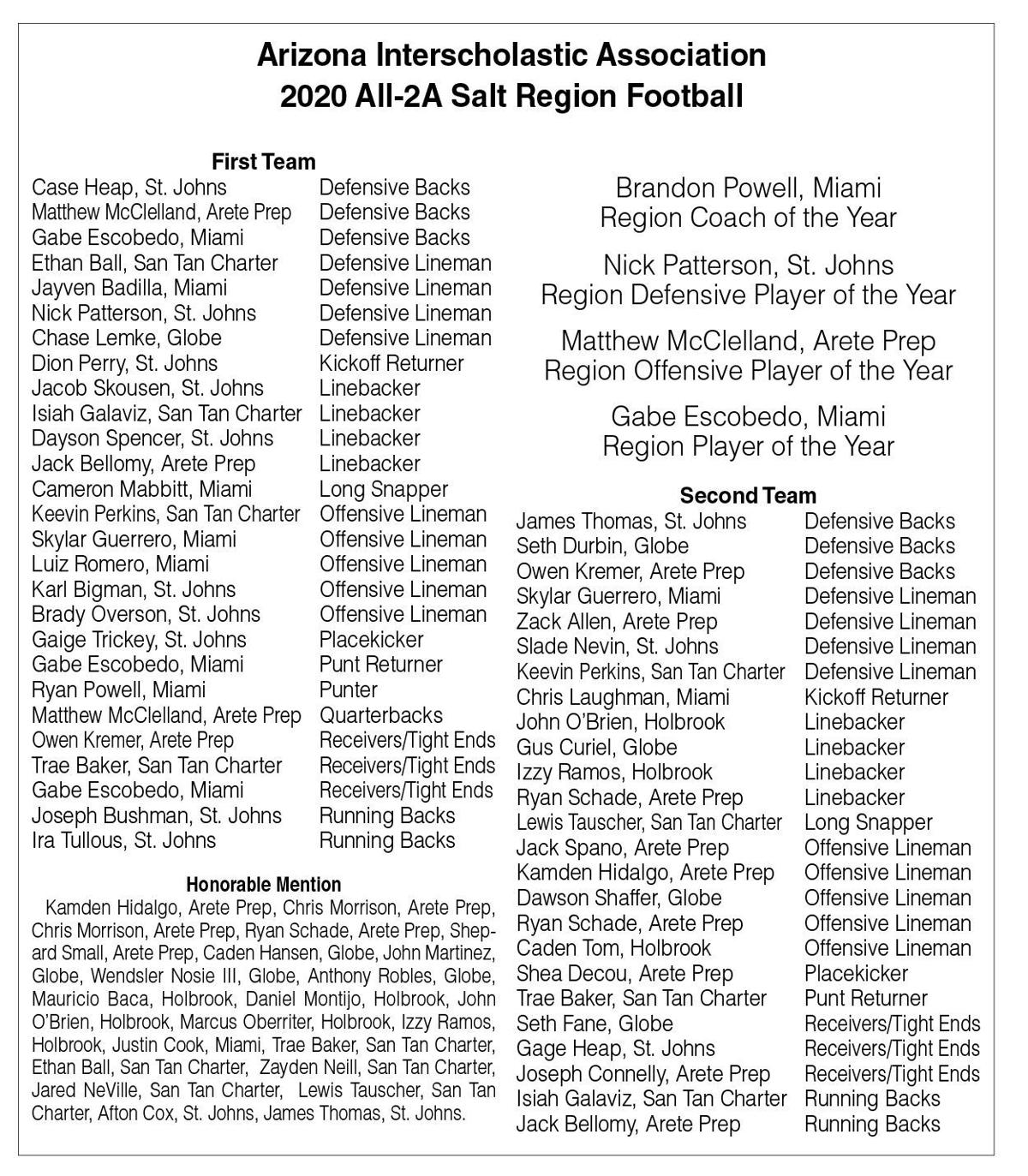 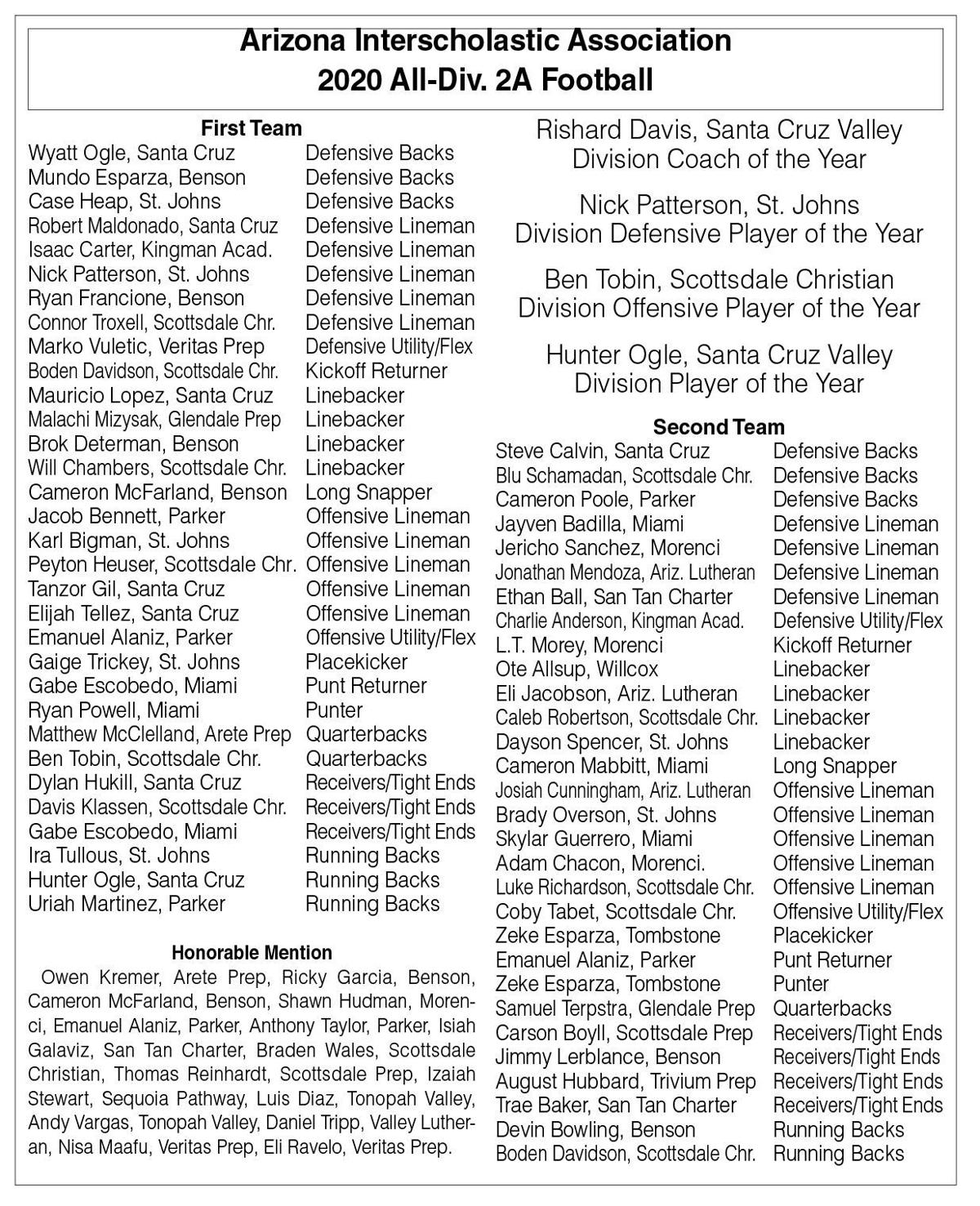 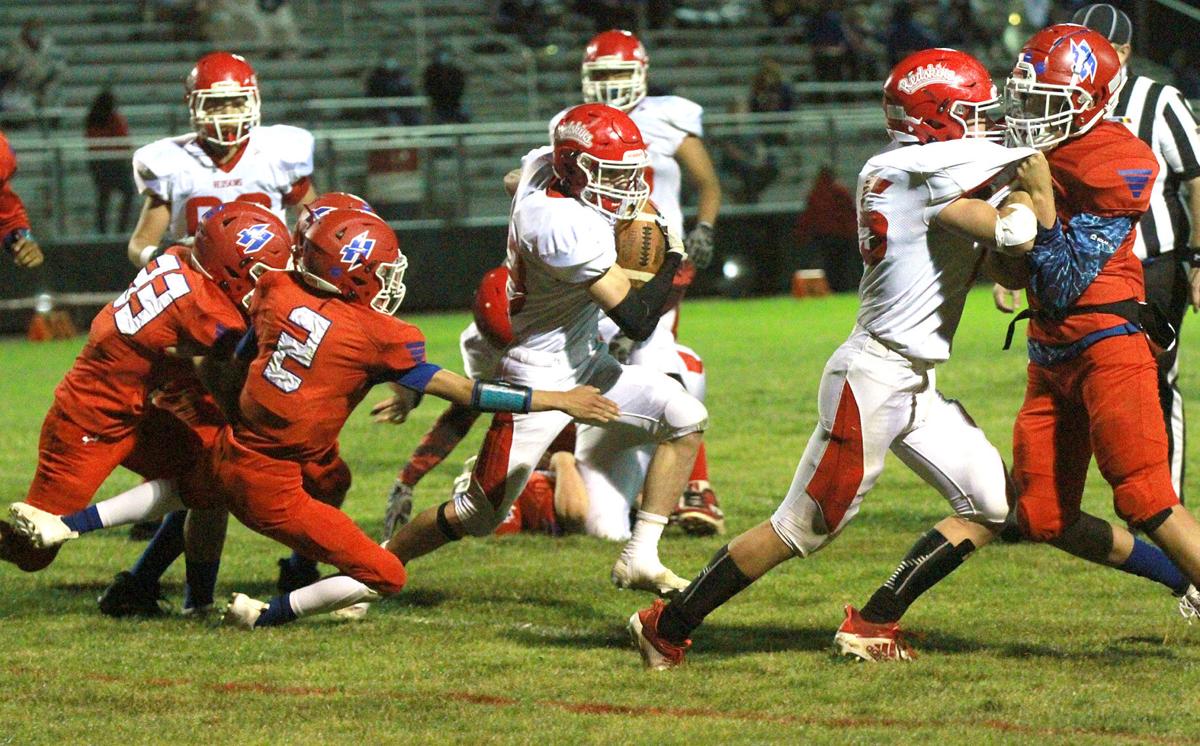 St. Johns running back Ira Tullous uses a cutback move and the blocking of Karl Bigman (55, right) to score a touchdown during a win at Holbrook in October. Tullous and Bigman are both Division 2A first-team, all-state selections. The win made head coach Mike Morgan the winningest football coach in Arizona history.

2A All-State and 2A Salt Region Defensive Player of the Year Nick Patterson of St. Johns

St. Johns running back Ira Tullous uses a cutback move and the blocking of Karl Bigman (55, right) to score a touchdown during a win at Holbrook in October. Tullous and Bigman are both Division 2A first-team, all-state selections. The win made head coach Mike Morgan the winningest football coach in Arizona history.

The St. Johns High School varsity football team had five players named to the first team in the Arizona Interscholastic Association’s All-Division 2A and 2A Salt Region teams. The awards were selected by the division’s coaches following the 2020 season.

St. Johns defensive tackle Nick Patterson was chosen as the Defensive Player of the Year on both the all-state and all-region teams.

Patterson, who was chosen as a defensive tackle, led one of the top scoring defenses in 2A. He led St. Johns in tackles for lost yardage, blocked two field goals during the season and he also was a leader in sacks.

Tullous was fourth in the state in rushing with 123 yards per contest. He led his team in rushing touchdowns and ranked among the top five in 2A in scoring. He was also one of the state’s leading running backs in total yardage with 737 rushing yards, 157 receiving yards and 36 passing in just six of the team’s eight games. He led St. Johns in all-purpose yardage with 211 yards a game.

Karl Bigman, a senior, was selected as a first-team, all-state and all-region offensive lineman. He led an offensive line that produced more than 250 yards per contest and 25 rushing touchdowns on a unit that only turned the ball over seven times during the season.

Senior Gaige Trickey was chosen as the first-team placekicker on both the all-state and all-region teams. Trickey led the state in kick scoring at about five points per game. He was also a leader in point-after touchdown percentage, making more than 90 percent of his attempts.

Case Heap, a junior, is a first-team, all-state selection as a defensive back. He is also a top receiver on the Redskins’ offense, averaging more than 20 yards a catch.

Tullous, Perry and Bushman each had two interceptions during the year, and Bushman caused three fumbles, recovering one, to lead a defense that had 14 takeaways in eight games.

Spencer and offensive lineman Brady Overson are second team, all-state selections. Defensively, Overson, along with Skousen and Afton Cox, led the Redskins in tackles with 5.3 per game.

The Redskins’ only losses came in the season opener to 3A Round Valley and in the 2A semifinals to state champion Eloy Santa Cruz.

St. Johns won six games in a row and lost two and went 4-0 to share the top spot in the 2A Salt Region standings with Miami. The two teams did not get to face each other this season because the game was canceled due to an outbreak of COVID-19.

The Redskins, just 4-1 at the end of the abbreviated regular season, went to the state playoffs as the No. 10 seed, and won 21-14 at No. 7 Chandler Prep in a play-in game to take the No. 7 seed in the state championships. St. Johns upset No. 2 Scottsdale Christian 22-21 in the first round to advance to the semifinals.

Miami junior Gabe Escobedo, the state’s No. 1 receiver who had more than 1,000 receiving yards and averaged more than 175 total yards a game, was selected as the region’s Player of the Year. He was a first-team selection as both a receiver and as a punt returner.

Miami head coach Brandon Powell was selected as the Salt Region’s Coach of the Year.

Junior quarterback Matthew McClelland of Gilbert Arete Prep, who accounted for nearly 400 yards per game to lead the state, was named the 2A Salt Region Offensive Player of the Year.

Scottsdale Christian senior quarterback Ben Tobin was selected as the state’s Offensive Player of the Year. He threw for a 100 yards a game and 10 TD’s and rushed for 100 an outing and ran for 16 TD’s in leading the Eagles to a 7-1 record.

Santa Cruz senior Hunter Ogle, who rushed for more than 2,000 yards and led the state with 25 touchdowns, was selected as the 2A Player of the Year. He had a team-high 59 tackles in leading the Dust Devils to a 9-1 record and the state title.

Scottsdale Christian had six players chosen to the first team.