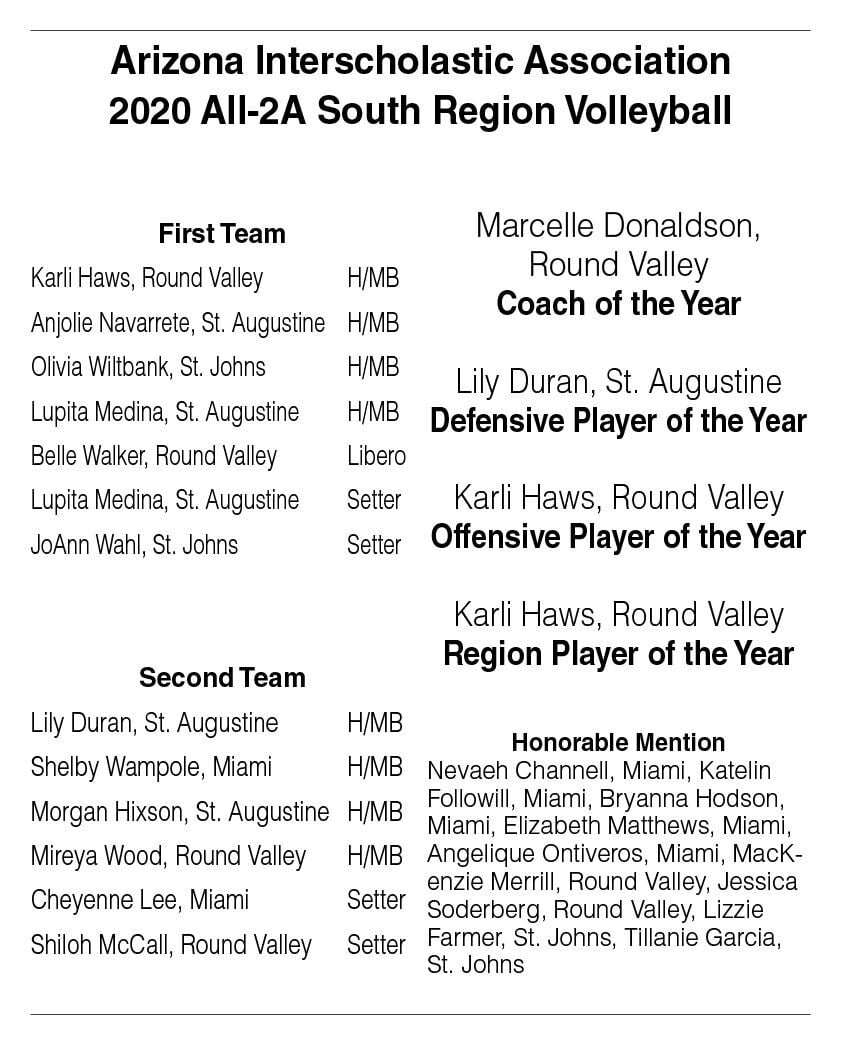 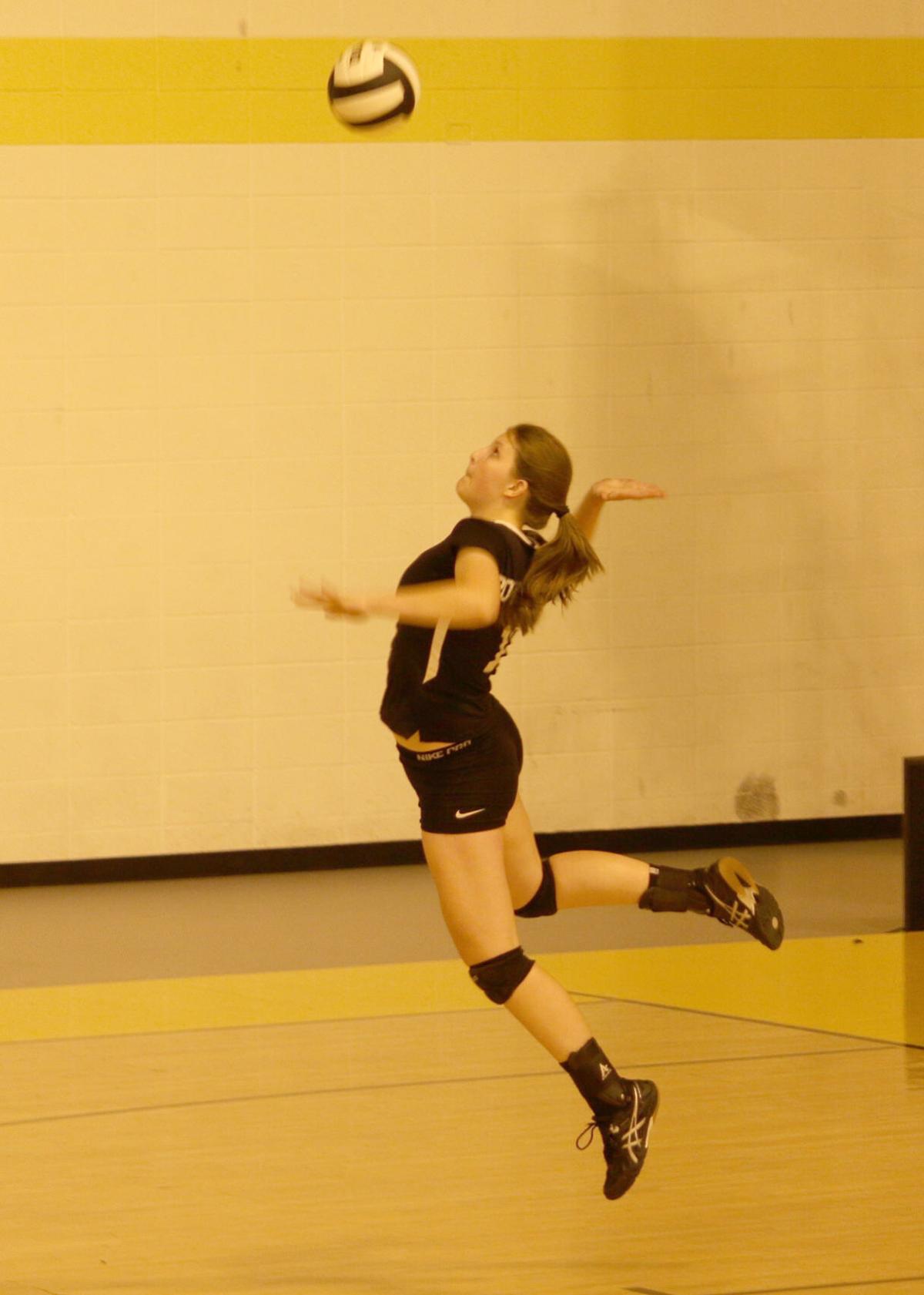 Arizona’s Division 2A volleyball coaches selected Round Valley senior Karli Haws as the 2A South Region Player of the Year following the fall season. She was also selected as the region’s Offensive Player of the Year and she is a second-team all-state selection.

Elks’ head coach Marcelle Donaldson was selected as the South region’s Coach of the Year.

Belle Walker of Round Valley is an all-region, first-team selection, along with St. Johns’ Olivia Wiltbank and JoAnn Wahl.

The region POY award comes one year after Haws was selected as the 2A North Player of the Year. The COVID-19 pandemic forced the Elks to move to the South Region this past season.

Haws, an outside hitter, averaged 15 kills a match during the state playoffs in November. For the season, she led the Elks with 4.9 kills per set.

Round Valley went to the Arizona Interscholastic Association’s state playoffs on a high note after winning the South region championship during the regular season.

The Lady Elks, as the No. 5 seed in the state tournament, awaited one of the eight winners from conference play-in matches played at the high seeds on Nov. 10, for a first-round matchup at Tempe McClintock High on Saturday, Nov. 14.

Round Valley met No. 12 Sedona Red Rock and won in straight sets, although the match was fairly close in scoring. The Elks defeated the Scorpions 25-20, 25-21, 28-26 to advance to the second round later that day.

In the second round the Elks met No. 4 Chandler Prep and the Titans won in straight sets on the way to the state runner-up spot.

It was only the second loss all season for Round Valley, which finished 13-2 on the year – the third best won-lost record in 2A.