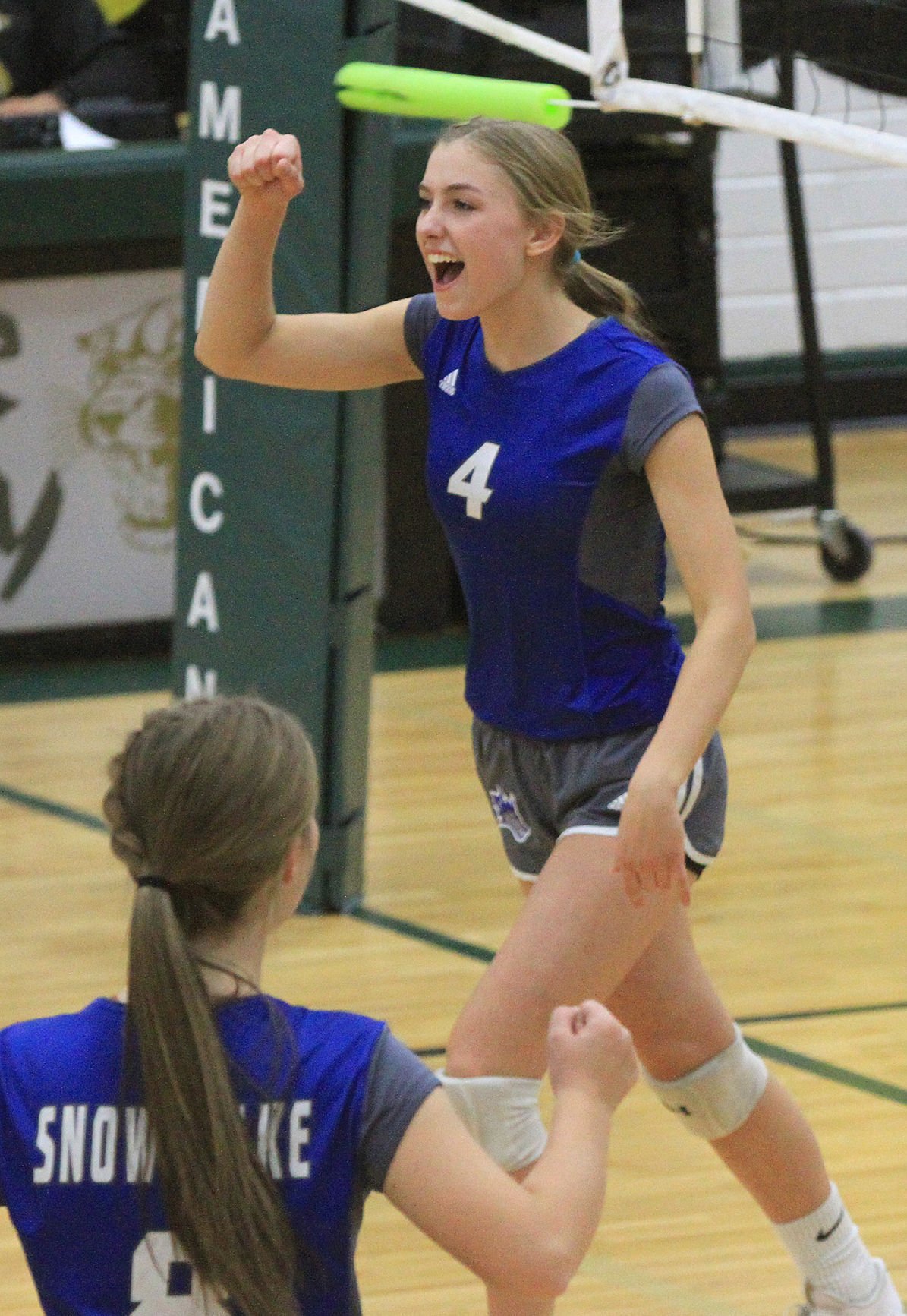 Snowflake’s Reagan Olson is the 3A East Player of the Year. 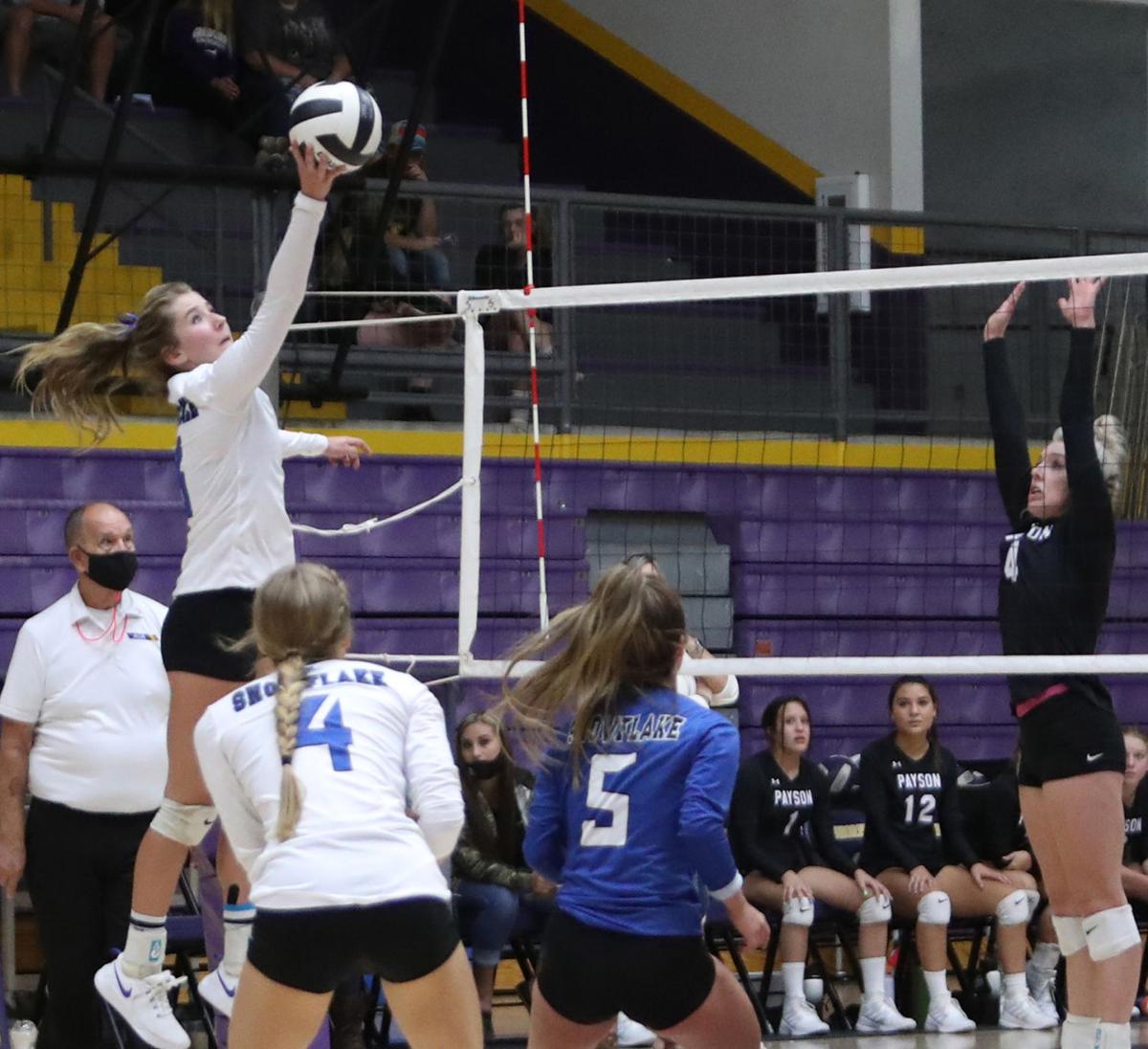 Macee LeSueur of Snowflake (left) is the 3A East Offensive Player of the Year. 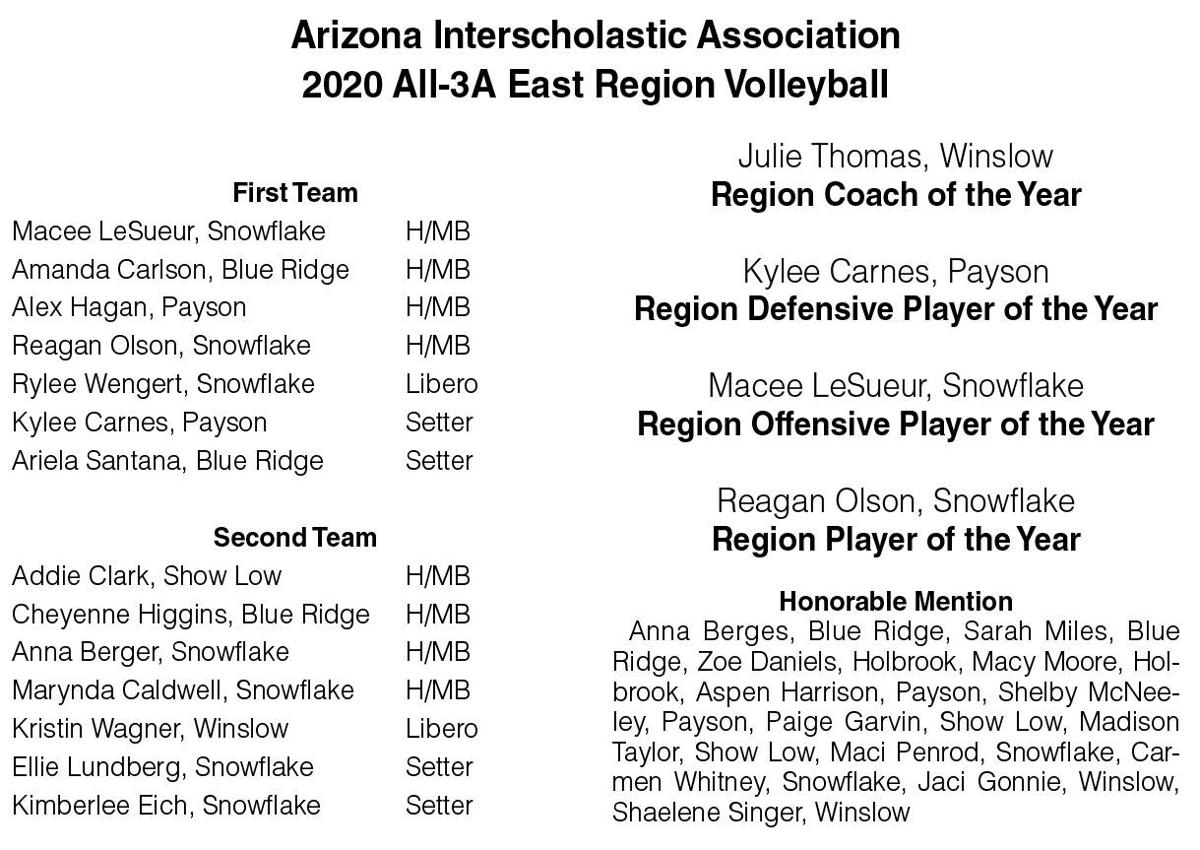 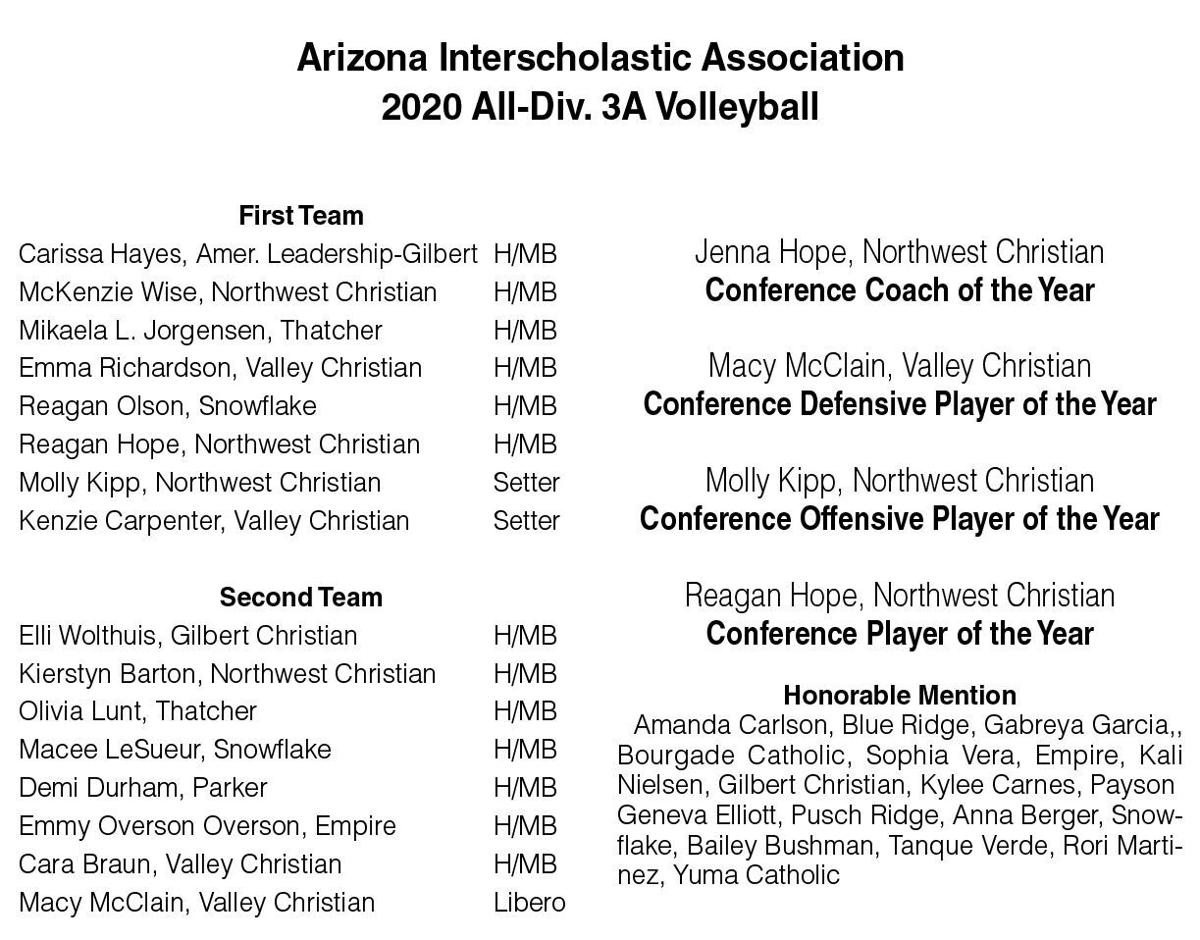 Snowflake’s Reagan Olson is the 3A East Player of the Year.

Macee LeSueur of Snowflake (left) is the 3A East Offensive Player of the Year.

Wengert led the Lobos in serve receiving and she was second on the team in digs (157).

Berger, a NCAA Div. I softball signee and a second-team all-region selection, led Snowflake in blocks this season.

Eich led the Lobos with 228 assists this season. Lundberg was second in assists with 200.

Led by six seniors and four juniors, the 2020 Lobos, under first-year head coach Karen Hargrove, finished the season with a trip to the state playoff semifinals and to 3A’s second best won-lost record at the end of the year. That record included an undefeated, 10-0 record in the East region, never losing a set against region opponents to win the championship.

Others selected first-team, all 3A East, are: Amanda Carlson and Ariela Santana of Blue Ridge, and Payson’s Alex Hagan and the region’s defensive player of the year, Kylee Carnes.

Other second-team all-region selections are Cheyenne Higgins of Blue Ridge, Addie Clark of Show Low, and Kristin Wagner of Winslow.

Winslow head coach Julie Thomas was selected 3A East Coach of the Year.

Macy McClain of state runner-up Chandler Valley Christian is the division’s defensive player of the year.