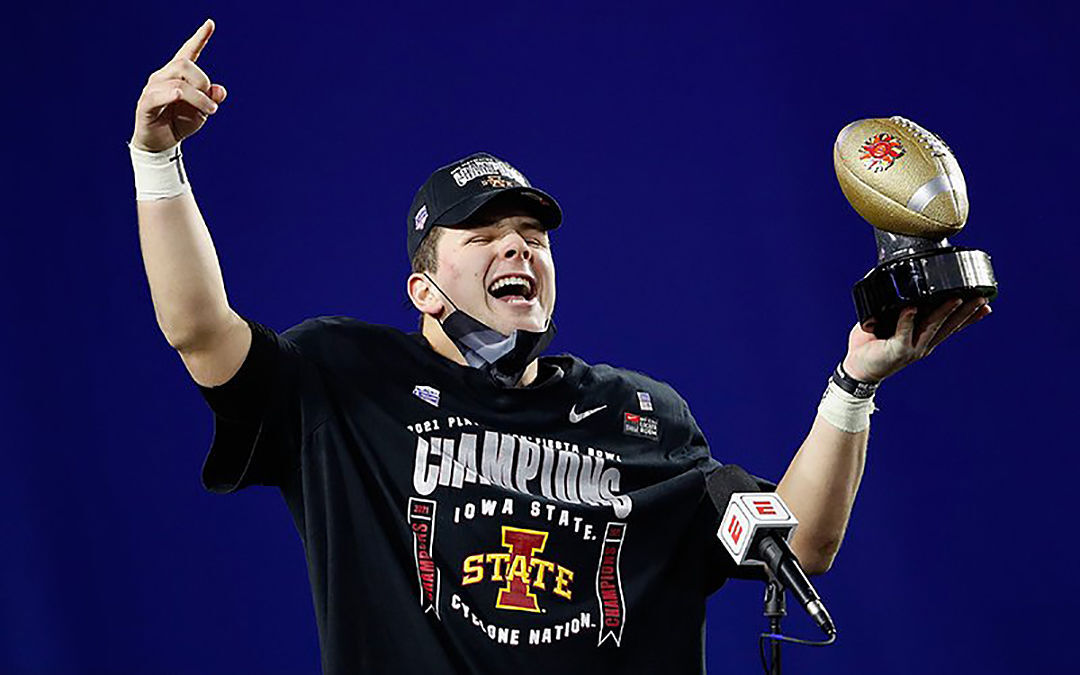 Quarterback Brock Purdy of the Iowa State Cyclones, who started his career at Gilbert Perry High School, celebrates after his team won the PlayStation Fiesta Bowl against the Oregon Ducks. 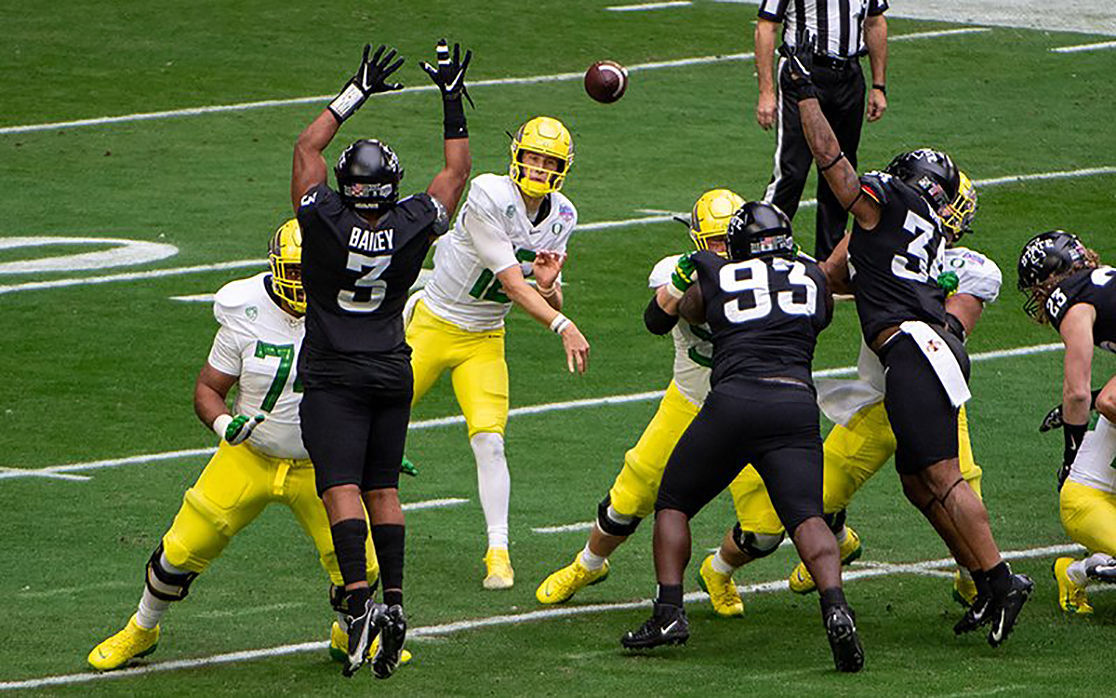 Quarterback Brock Purdy of the Iowa State Cyclones, who started his career at Gilbert Perry High School, celebrates after his team won the PlayStation Fiesta Bowl against the Oregon Ducks.

GLENDALE – Iowa State’s 34-17 victory over Oregon in the 50th annual Fiesta Bowl was its biggest bowl win in team history. And while it was an important moment for the Cyclones program as a whole, it was extra special for quarterback Brock Purdy.

Purdy, who starred at Gilbert Perry High School, was named Offensive Player of the Game Saturday in the bowl and stadium he dreamed of playing in as a child growing up in the Phoenix area.

“When I went out to the field to warm up, saw the nice tight grass and just driving up into the stadium and seeing State Farm Stadium and walking out there for the first time I was like, man, I really am home,” Purdy said. “And I’ve been to a bunch of Cardinal games and I went to the Pro Bowl that was here. And so to be able to play on that field for me. … I don’t even have words for it. It was amazing. And then obviously to be able to win and have the performance we did as a team. For me, it’s everything.”

Purdy had an outstanding game Saturday. The junior completed 20 of 29 passes for 156 yards and a touchdown in addition to nine carries for 39 yards and a score. He led his team to its ninth win of the season, something only done at Iowa State twice before (1906 and 2000).

Iowa State coach Matt Campbell said the significance of the victory for Purdy and the program, which took home its first New Year’s Six bowl championship in school history, shouldn’t be understated.

“I couldn’t think of a greater way for Brock to end his junior year and I couldn’t think of a greater way for this football team to etch its name in the history books of Iowa State football than for Brock Purdy to come home and win the Fiesta Bowl and be the offensive MVP,” Campbell said. “I’m so happy for him. I’m happy for his family. … I know when Brock said he was going to come to Iowa State, I said it’s going to be a leap of faith and man, it’s come full circle.”

Purdy squared off against Shough, who attended Hamilton High School in Chandler, four times on the high school gridiron but the two had not faced one another in college until Saturday’s game.

And while Shough and the Ducks did not have the day they wanted, Purdy said he and his pal had a nice moment talking with one another on Saturday.

“I talked to him a little bit,” Purdy said. “We said congrats on a great year to one another. He did a tremendous job this year. I told him that I loved him, and he loves me, and we want the best for one another.”

Purdy outdueled his fellow Arizona native in the matchup. Shough was 7 of 9 with 79 yards but had an interception late in the game as Oregon gasped for its last chance.

Shough was not allowed to find a rhythm on Saturday as he was pulled from the game throughout the afternoon in favor of Anthony Brown. He did not choose to comment on being removed from the game periodically but did say it was unsatisfactory losing in his hometown bowl game.

“You’re always going to be disappointed when you lose and especially when you come back home,” Shough said. “A lot of people came out to watch. I’m definitely sorry for them. But it is what it is when you lose a football game.”

The game was back and forth for most of the first half until Iowa State was able to score touchdowns 17 seconds apart late in the second quarter due an accidental onside kick recovery with 1:44 to go in the half.

Iowa State sophomore running back Breece Hall could have been Offensive Player of the Game in his own right Saturday. The Associated Press first-team All-American had 34 carries for 136 yards and two touchdowns.

“To see what we accomplished today, it’s Iowa State history,” Hall said. “So just to be a part of that, that means a lot to me, and I’m happy to be here.”

Hall, who is a true sophomore, will return to Ames next season for a run at a playoff appearance, something that became a reality with some exciting postgame news.

“I’m coming back for my senior year,” Purdy said.