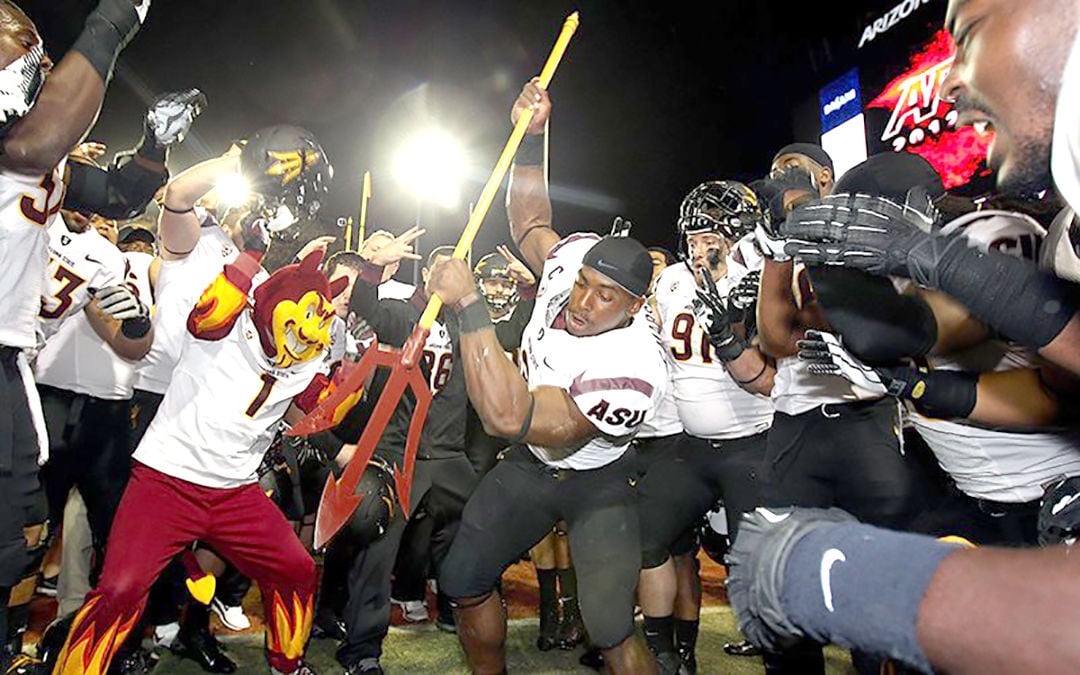 The end of the regular season meetings between Arizona and Arizona State are often spirited, like this one in Tucson in 2012 when the Sun Devils celebrated a victory by spiking a pitchfork in the grass. The 2020 season will have a new spin: the teams open the schedule in Tucson. 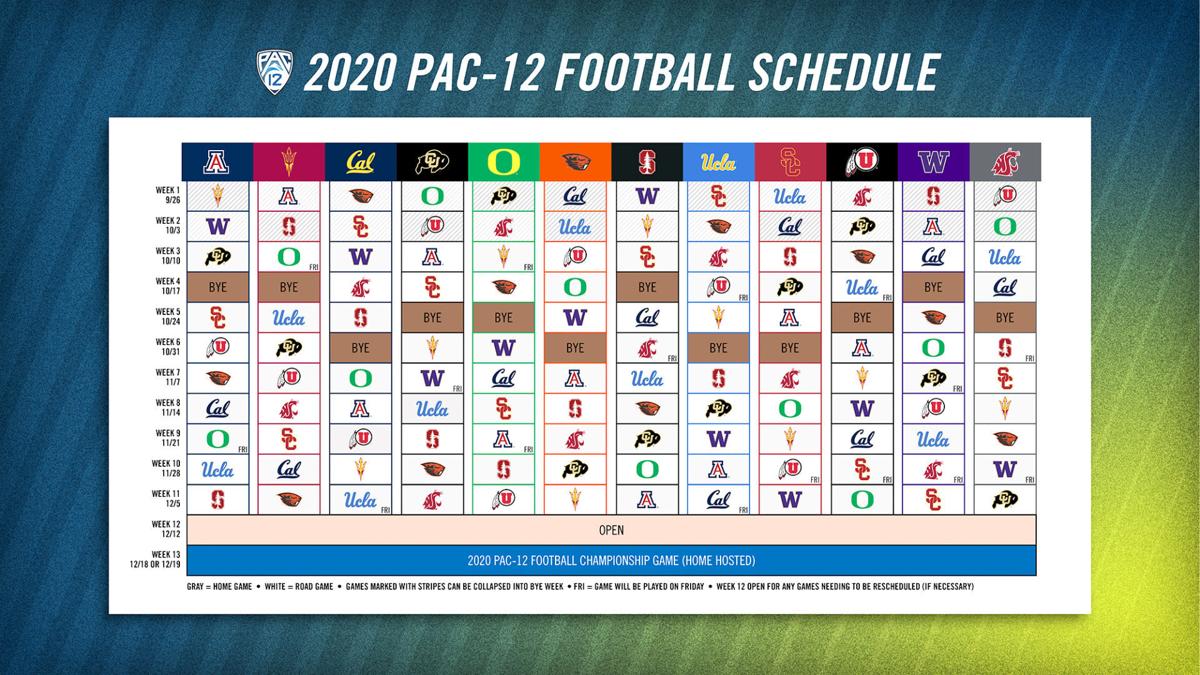 The end of the regular season meetings between Arizona and Arizona State are often spirited, like this one in Tucson in 2012 when the Sun Devils celebrated a victory by spiking a pitchfork in the grass. The 2020 season will have a new spin: the teams open the schedule in Tucson.

GILBERT – The most unusual Pac-12 football season will officially begin Sept. 26 and for Arizona State football, that’s definitely the case.

ASU will open its season in Tucson, the conference announced on July 31. It would be the first time since 1937 in the rivalry’s history that both Arizona schools begin their season against each other.

In a webinar with the media, Pac-12 commissioner Larry Scott said the decision leaves an opportunity for the Territorial Cup to be flexed to later in the season if a delay is caused by the coronavirus pandemic. Scott acknowledged that Arizona is a hotspot.

“We’re going in contemplating that it’s possible not all of our schools can start on September 26,” said Scott, adding that the USC-UCLA game will also be a season opener in California. “The way we’ve scheduled, particularly in these two markets … they’re very easily rescheduled to a bye week, or to the December week, which is when you find the traditional rivalry game.”

Any athlete expressing a desire to opt out will be allowed to do so without repercussions, the conference said in a statement. This comes following Virginia Tech cornerback Caleb Farley becoming the first college football player to opt out of the 2020 season.

“When somebody tests positive, especially if we are the ones ordering the test, we’re going to be notified you know, at the same time, if not sooner than the health department gets notified,” said Dr. Doug Aukerman, an associate athletic director at Oregon State. “We can then promptly begin the isolation and contact tracing discussions.”

When asked about training camp for college football, Scott said that the earliest schools can begin is on Aug. 17 but each program can push to a later date if needed. Scott also admitted he doesn’t know if a football season will happen but remains cautiously optimistic.

“There are elements outside our control that are going to have a lot of influence. … We feel a tremendous obligation, however, for the health and well being of our student athletes, including their mental health.”

As for the Pac-12 Championship game, it will not be played at a neutral field. Instead it will be a home-hosted model, Scott said, and the possibility of fans attending any games will be for public health officials to decide.

ASU has sent out surveys to season-ticket holders gauging their interest in attending games.

Other fall sports such as soccer, cross country and volleyball also have a set start date of Sept. 26 and will be “subject to the approval of public health authorities and medical advice,” per the conference’s official website.

“I appreciate the diligence of Commissioner Larry Scott and all the Pac-12 presidents and athletic directors in coming up with a plan that will allow us to play football this year,” ASU football coach Herm Edwards said In a statement.

ASU Football finished 2019 with an 8-5 record in its second season under Edwards. Key wins included three Associated Press Top 25 teams and a win over Florida State in the Sun Bowl.