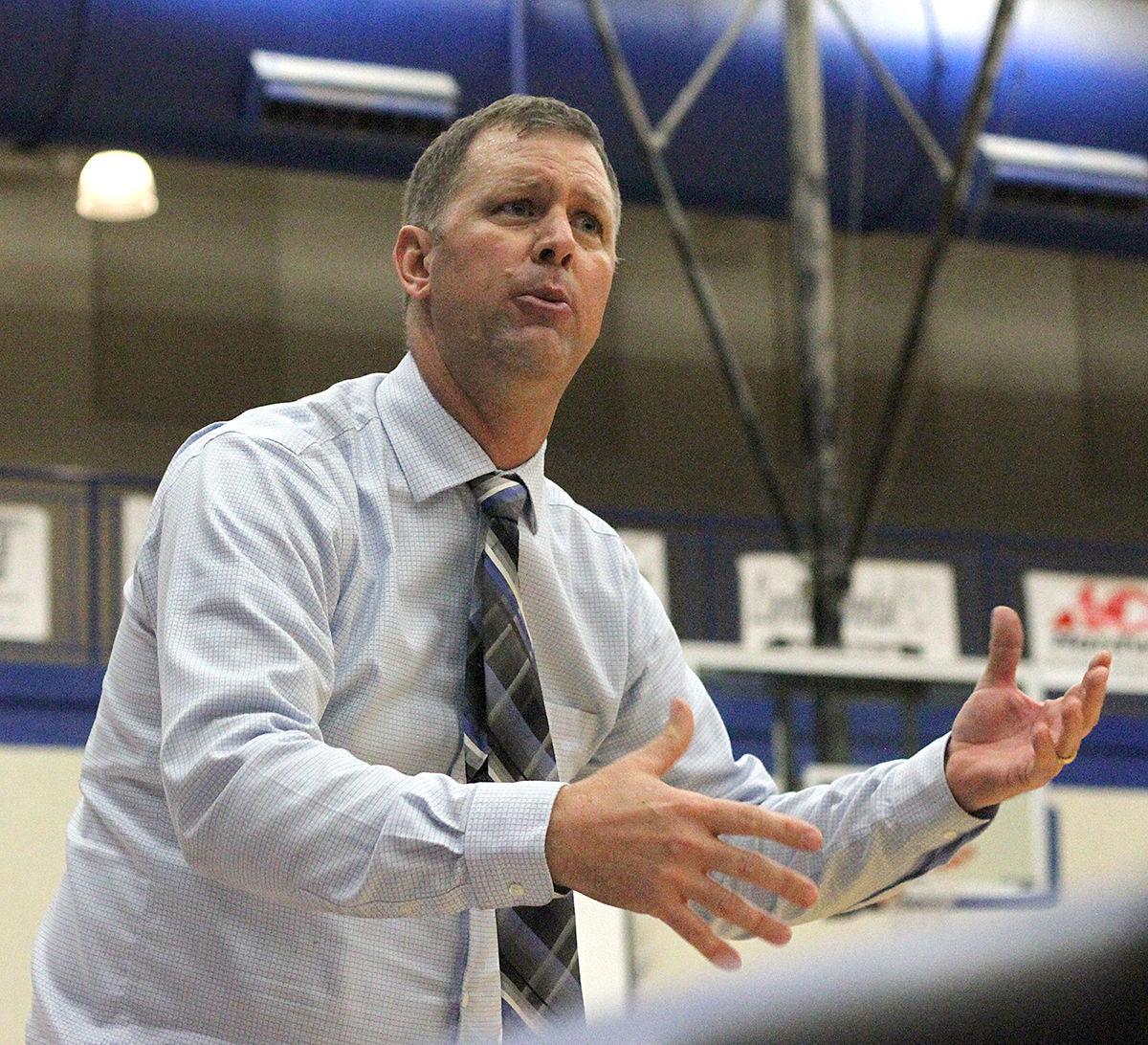 Snowflake Head Boys Basketball Coach Andy Wood was selected as 3A East Coach of the Year by region coaches after last season. 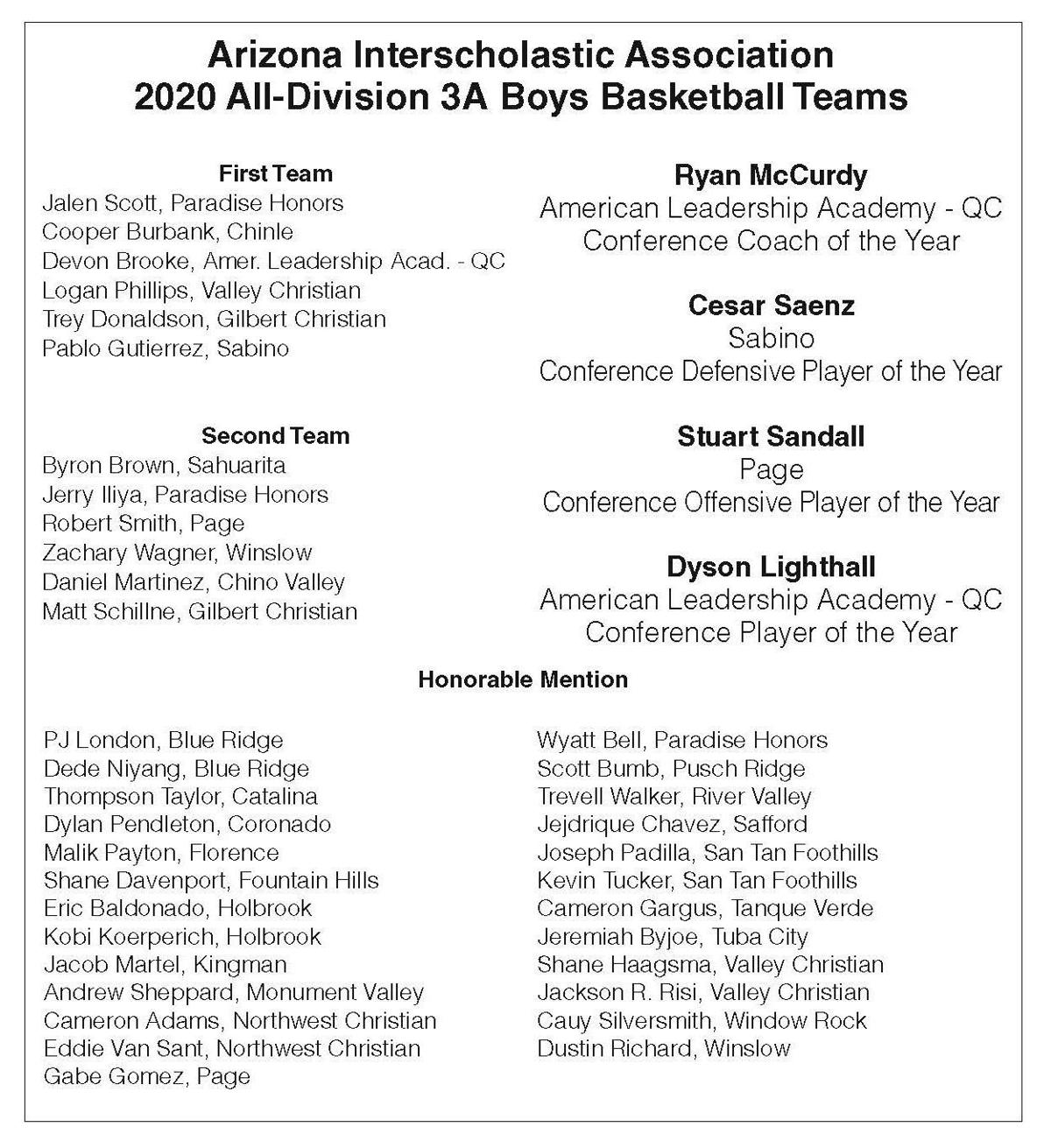 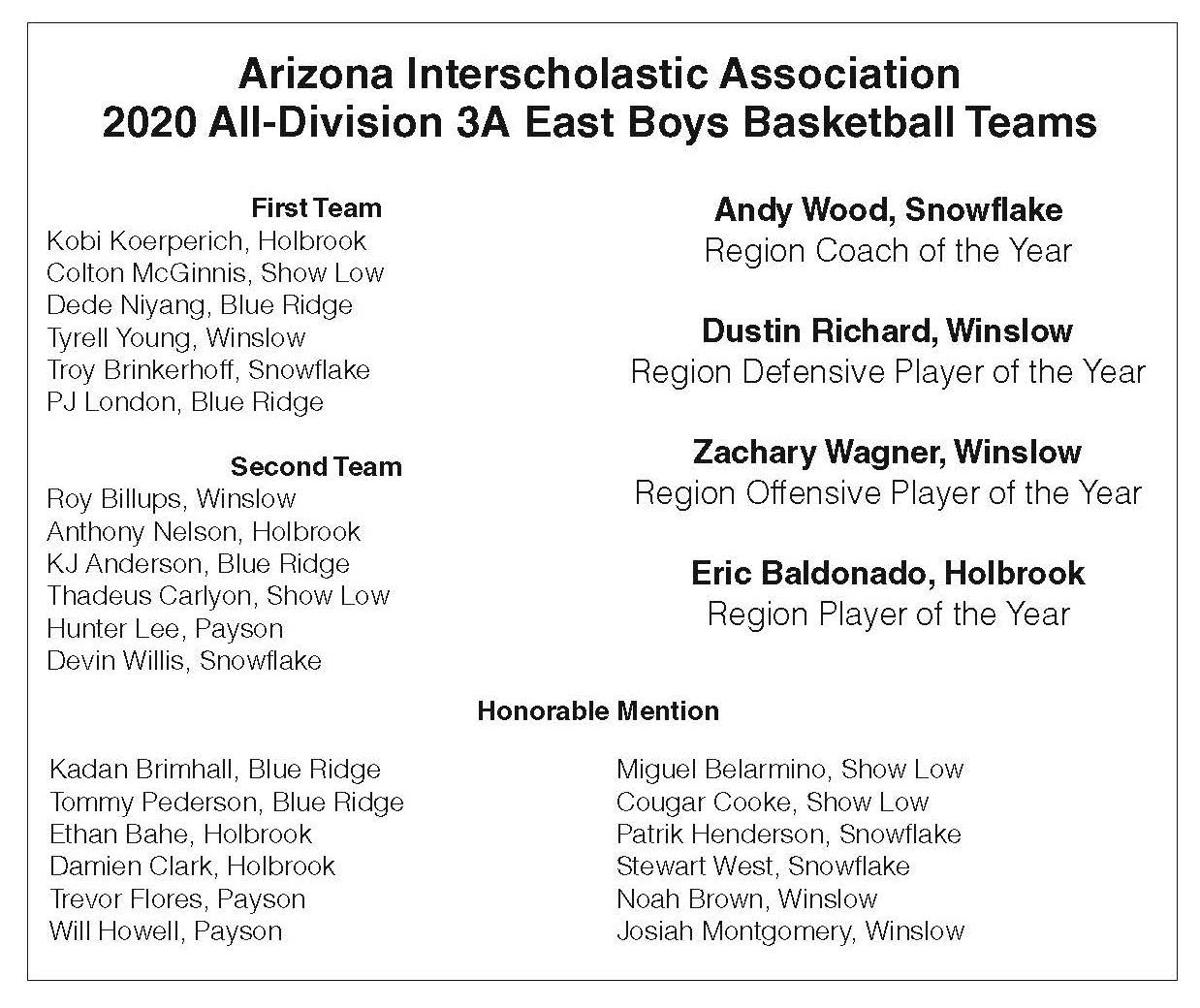 Snowflake Head Boys Basketball Coach Andy Wood was selected as 3A East Coach of the Year by region coaches after last season.

Holbrook’s Eric Baldonado was named 3A East Player of the Year in the Arizona Interscholastic Association’s All-Division 3A teams, selected by division coaches following the 2019-20 season.

Winslow’s Zachary Wagner and Dustin Richard were named Offensive and Defensive Players of the Year, respectively, on the All-3A East Team.

McGinnis scored 15.2 points a game to lead the Cougars and he was second on the team in rebounding with 4.9 per contest.

Niyang, a transfer from Southern Sudan who sat out the season until Jan. 21, led the team in scoring with more than 20 points per game upon his return. He and London were two of the top scorers, rebounders and shot blockers on a 14-11 Yellow Jacket squad that won nine of its last 11 games, including a first-round state-playoff win.

Brinkerhoff led the Lobos with 6.7 rebounds per game and he was second on the team with 9.1 points a contest.

Lobos head coach Andy Wood was selected as 3A East Coach of the Year. Wood led Snowflake to a record of 18 wins and 13 losses and to the second round of the state tournament in 2019-20.

Dyson Lighthall of American Leadership Academy - Queen Creek was selected as the 3A state Player of the Year, and ALA-QC head coach Ryan McCurdy was named Coach of the Year for the state.