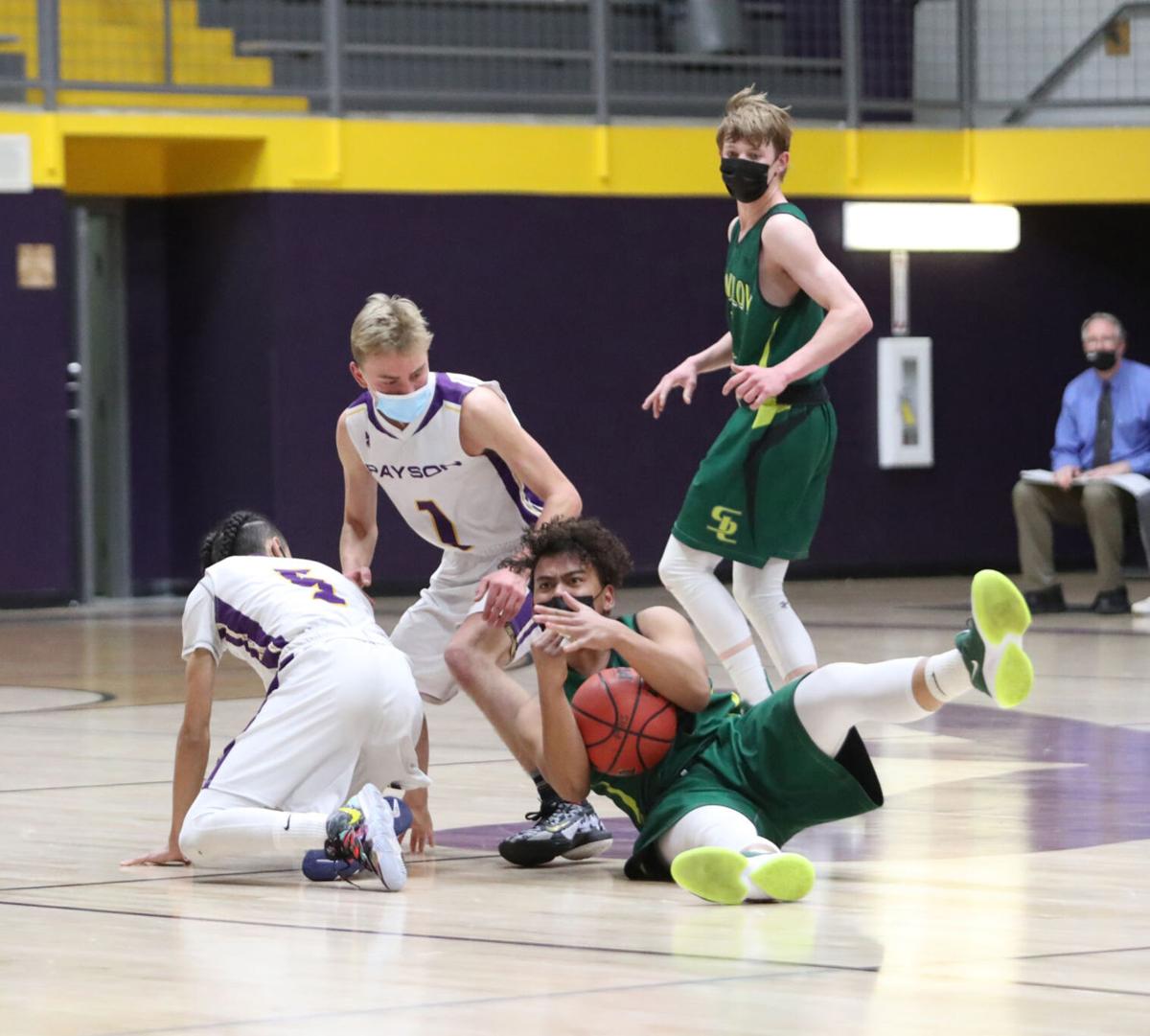 Show Low’s Kylle Dela Cruz calls timeout while sitting on the court as a teammate and Payson’s Easton Redford (1) and Tony Tinnin, and Show Low’s Cougar Cooke look on during the Cougars’ 60-47 road win on Feb. 16. Tonight, Tuesday, Feb. 23, the Longhorns travel to Snowflake while the Cougars host Blue Ridge. 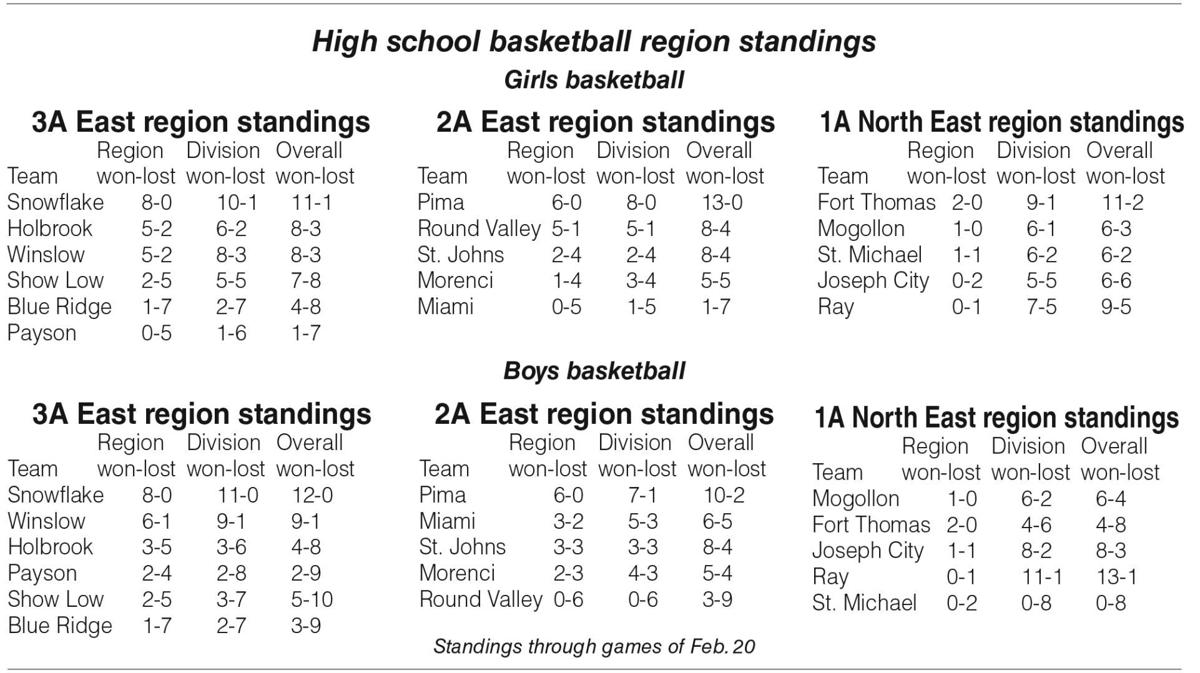 Show Low’s Kylle Dela Cruz calls timeout while sitting on the court as a teammate and Payson’s Easton Redford (1) and Tony Tinnin, and Show Low’s Cougar Cooke look on during the Cougars’ 60-47 road win on Feb. 16. Tonight, Tuesday, Feb. 23, the Longhorns travel to Snowflake while the Cougars host Blue Ridge.

Both the No. 2 Lobos and No. 2 Lady Lobos are 8-0 in region play. The Payson boys are 2-4 in region games while the Lady Longhorns have yet to beat a 3A East opponent.

If both Snowflake teams win tonight it would make Friday’s Lobo games at Winslow inconsequential, other than for 3A overall ranking.

Blue Ridge is at Show Low tonight in 3A East games that have big ramifications for both varsity squads. Game times are also at 6 and 7:30.

The No. 19 Cougar boys are 2-5 in the East while No. 29 Blue Ridge is 1-7, but the Cougars have lost two straight. The Yellowjackets snapped a four-game losing streak with a non-region win at home against Safford on Saturday.

The Show Low girls, ranked No. 9 on Tuesday, are also 2-5, and the No. 12 Blue Ridge girls are 1-7. The Lady Cougars won two of three games against 3A competition last week.

The Redskins (8-4 overall), have three games this week – at Miami on Tuesday, at home against 1A St. Michael on Thursday and at 3A Lakeside Blue Ridge on Saturday.

St. Johns’ games at Morenci on Tuesday, Feb. 16, were postponed until March 1. The boys team has won three straight.

Pima is also close to clinching the 2A East girls title. The Round Valley girls are still one game behind the undefeated Roughriders at 5-1. The Lady Elks, winners of four of their last five games, will host 3A Show Low on Wednesday, Feb. 24 and then will host Pima in what could be the region title game on Friday, Feb. 26. Round Valley (8-4 overall) was to have played host to St. Michael on Monday but the games were canceled.

A big game in 1A on Tuesday evening will be in Heber as Mogollon plays host to Joseph City, which won three games last week. Tip-off time is 5:30 for the girls varsity and 7 for the boys. The Mustangs travel to Joe City on Thursday in a game that counts toward the 1A North East standings. Mogollon (6-4 overall, 1-0 in the region) leads Fort Thomas (4-8, 2-0) due to its higher ranking by the AIA.