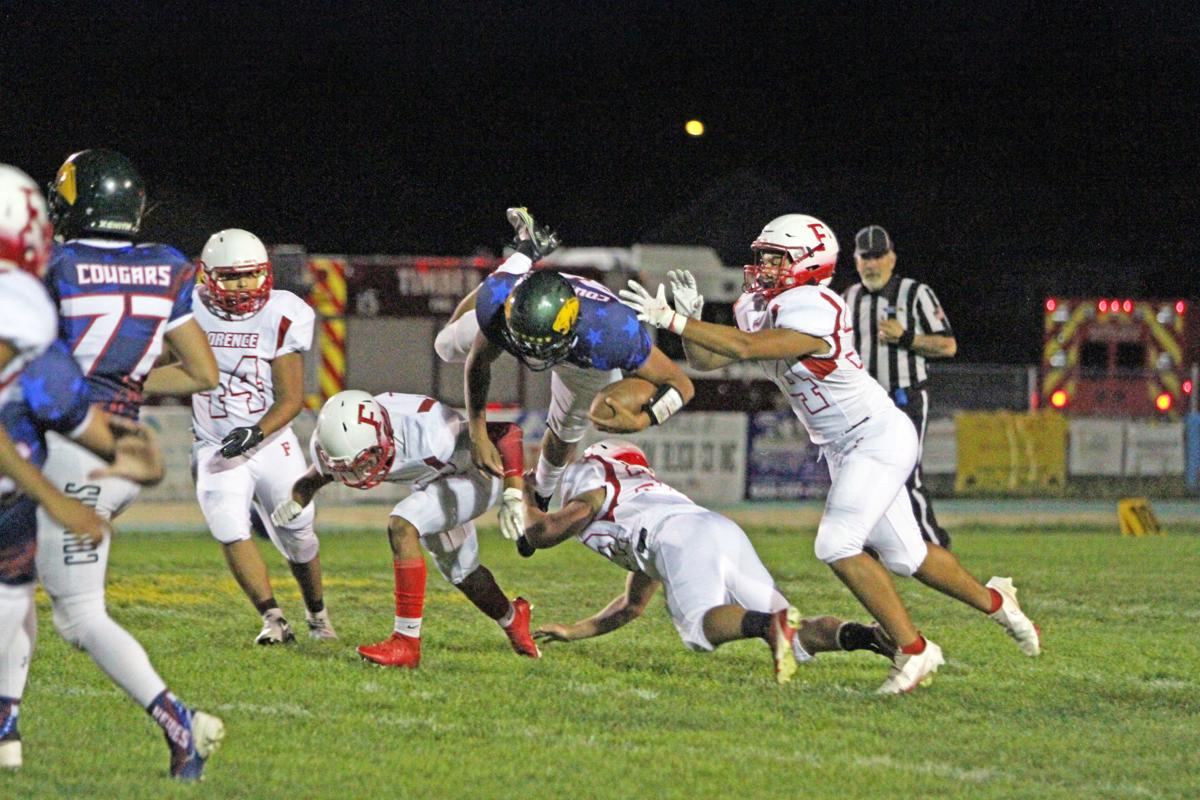 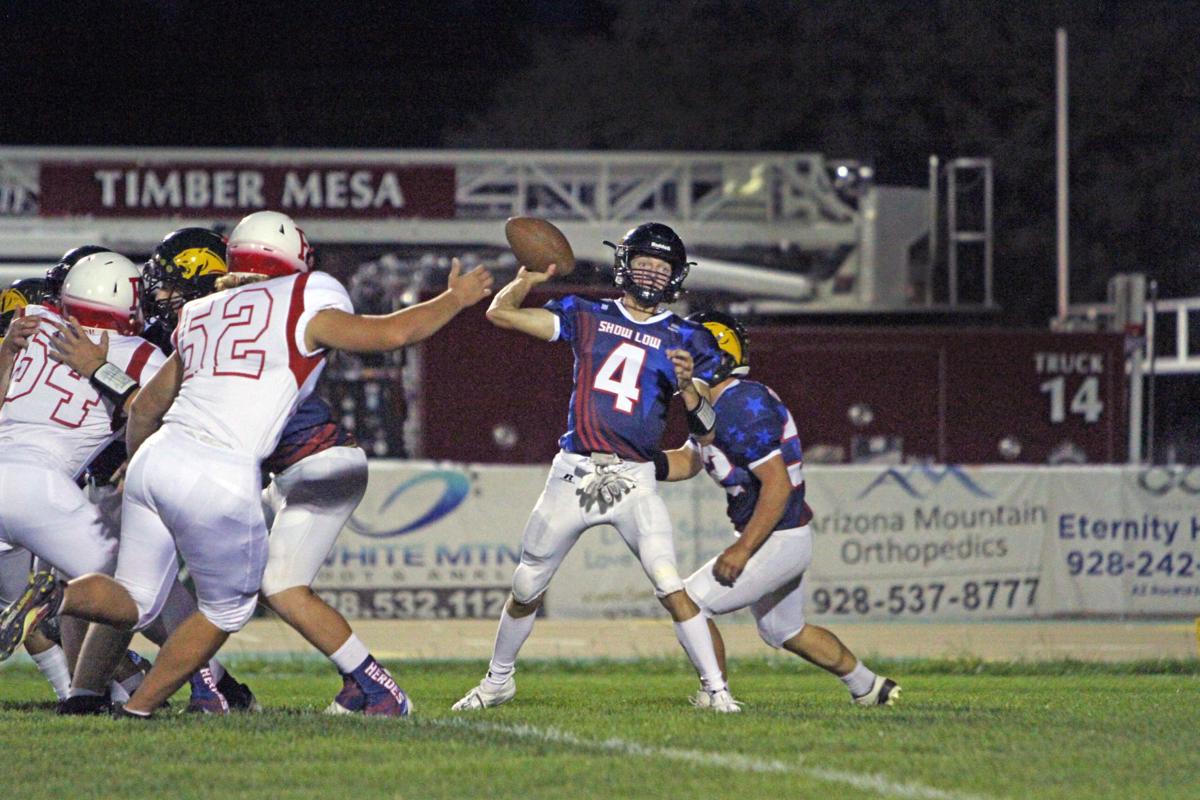 Cougars quarterback Colten Yeager winds up to throw a pass in Friday’s game against Florence. 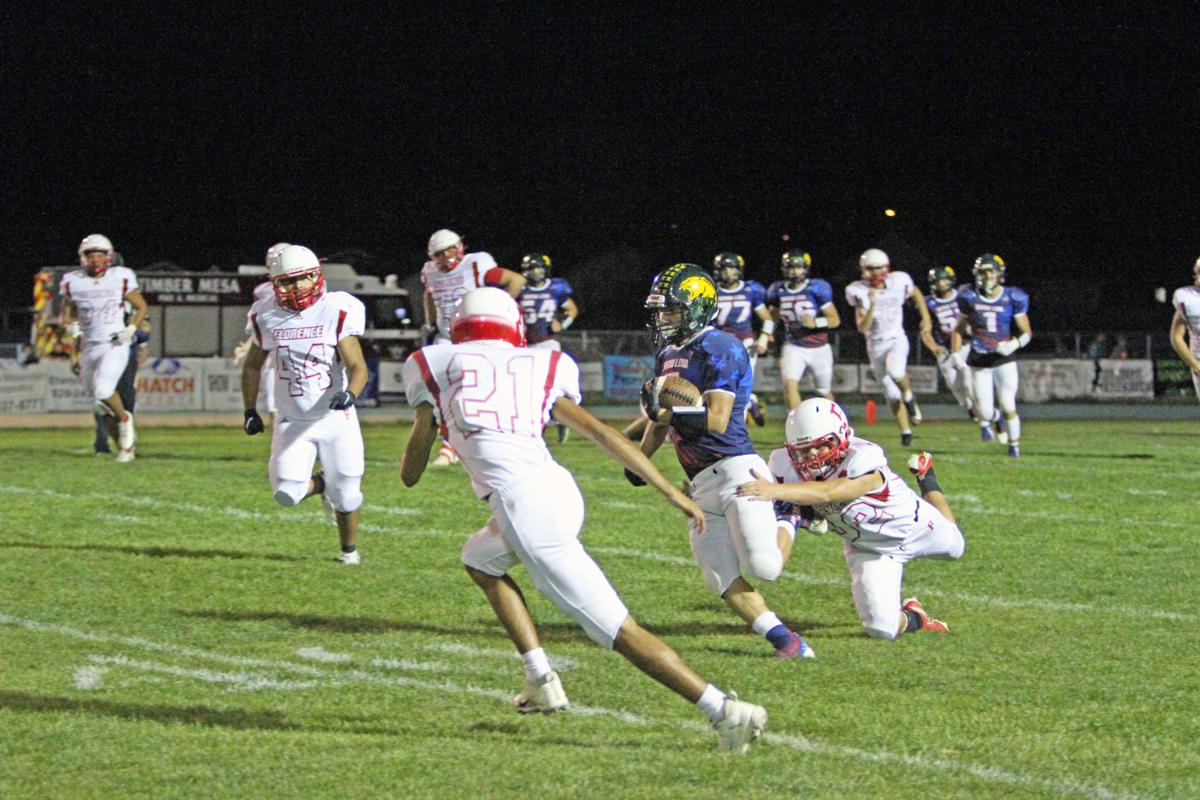 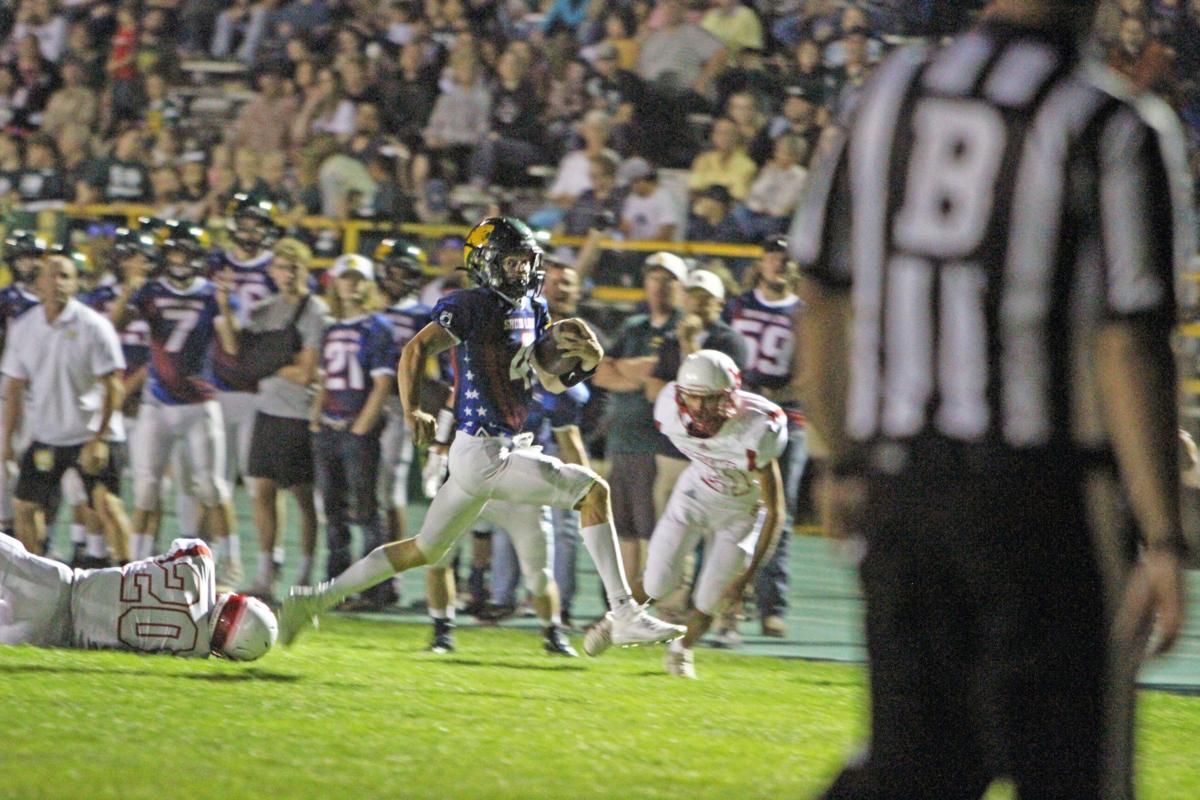 Cougars quarterback Colten Yeager winds up to throw a pass in Friday’s game against Florence.

SNOWFLAKE — Occasionally a moment transcends sports and touches the hearts of everyone watching. Fans and players alike experienced this when Snowflake and Fountain Hills tossed aside football norms and entered the field at the same time with each player carrying an American flag.

Thirteen players then separated themselves from their peers still holding their flags to honor the US soldiers killed in Kabul. The teams and crowd participated in a silent memorial for them.

Then the teams took the field. The Lobos received the kick and charged down the field. Led by quarterback Caden Cantrell, Camden Brimhall and Noah Baum Snowflake quickly made its way toward the end zone.

After a touchdown was called back on a penalty, the offense turned to Sam Crockett, who made a 32-yard field goal look easy as the ball sailed between the goal posts.

The Lobos' defense was stellar all game. The Falcons had no success running the ball. A great Snowflake D-line refused to give and stopped Fountain Hills consecutively. An errant snap on a fourth down rushed its kicker into a missed field goal attempt.

On the Lobos’ second drive, sophomore Jett McCray displayed power and skill at his new position as a running back. After a 30-yard run, he followed it up a couple plays later breaking a tackle and getting an additional 5 yards before getting swarmed by the Falcons' defense.

Brimhall showed up big when the Lobos needed a first down, opening the door for J.J. Lerma's touchdown.

For the remainder of the night, Fountain Hills’ offense predominately revolved around its throwing game. Receivers Savion Boone and Jake Barnard were the main challenge for Snowflake.

Early in the game, it was apparent that Boone was the Falcons' star. Boasting speed and athleticism, Boone presented a challenge for Lobo senior Jace LeSueur, who did well containing the quick receiver.

Brimhall had a punt return to score from past the 70-yard line. He wove between defenders and used his blockers well.

In the next Falcon series, big stops from Garret Flake and Dagen Cates forced Fountain Hills to throw deep. The Lobos' defensive line played extremely well, forcing the FH quarterback out of the pocket and off to the right side. As he neared the sideline, he lobbed a pass toward his star receiver, but it landed LeSueur's arms.

Baum and Brimhall both scored to give the Lobos a 30-0 halftime lead.

The game resumed after a patriotic halftime show, but only for a couple minutes before the power went out. Only the stadium lights remained on. The scoreboard, announcing booth and the school lights lost power.

A driver had hit a power line next to the fire station causing a temporary power outage. The estimated time to restore power was around midnight, so the officials decided to play on despite the loss of power.

In another town, the fans might have left instead of waiting for the lights to return. Maybe it was due to fans feeling starved for sports after enduring the COVID-19 restrictions, but the stadium remained packed until the end of the game.

The Lobos continued to dominate for the remainder of the second half. The final score was 46-6.

There was some confusion during the game, and it seemed as if Snowflake's Clayton Smith got ejected and won’t be able to play this week against Blue Ridge.