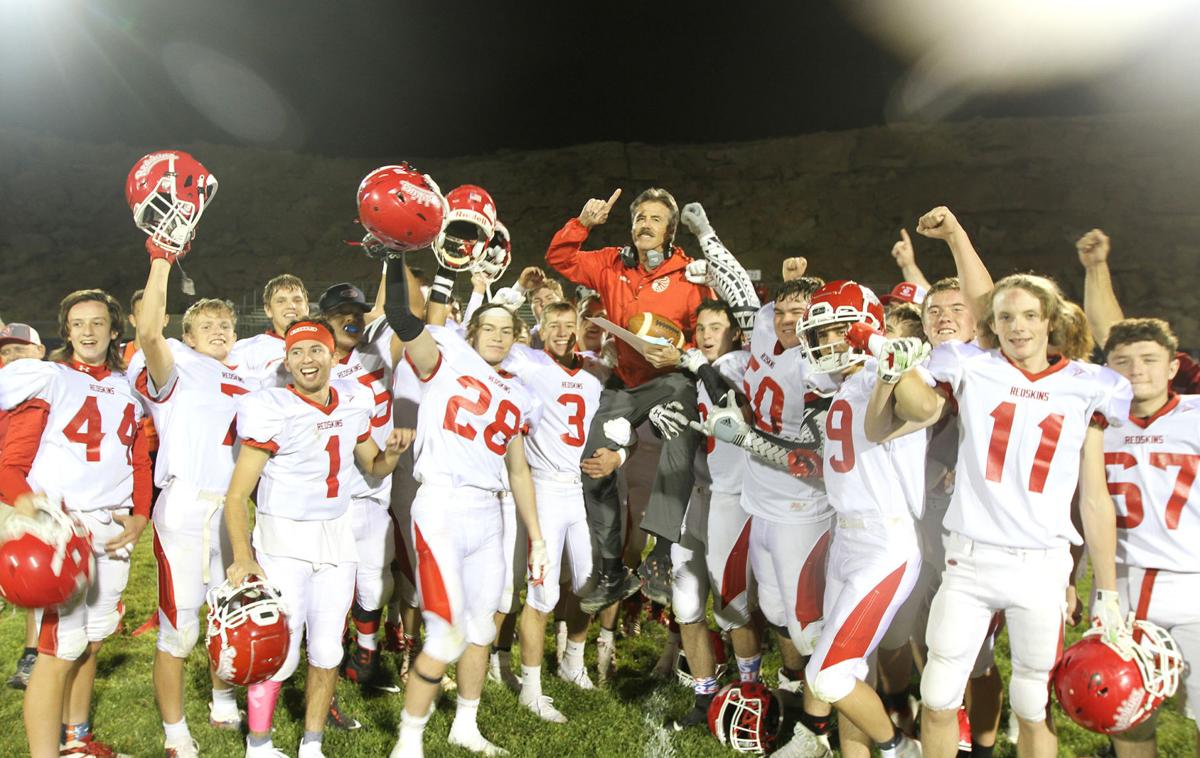 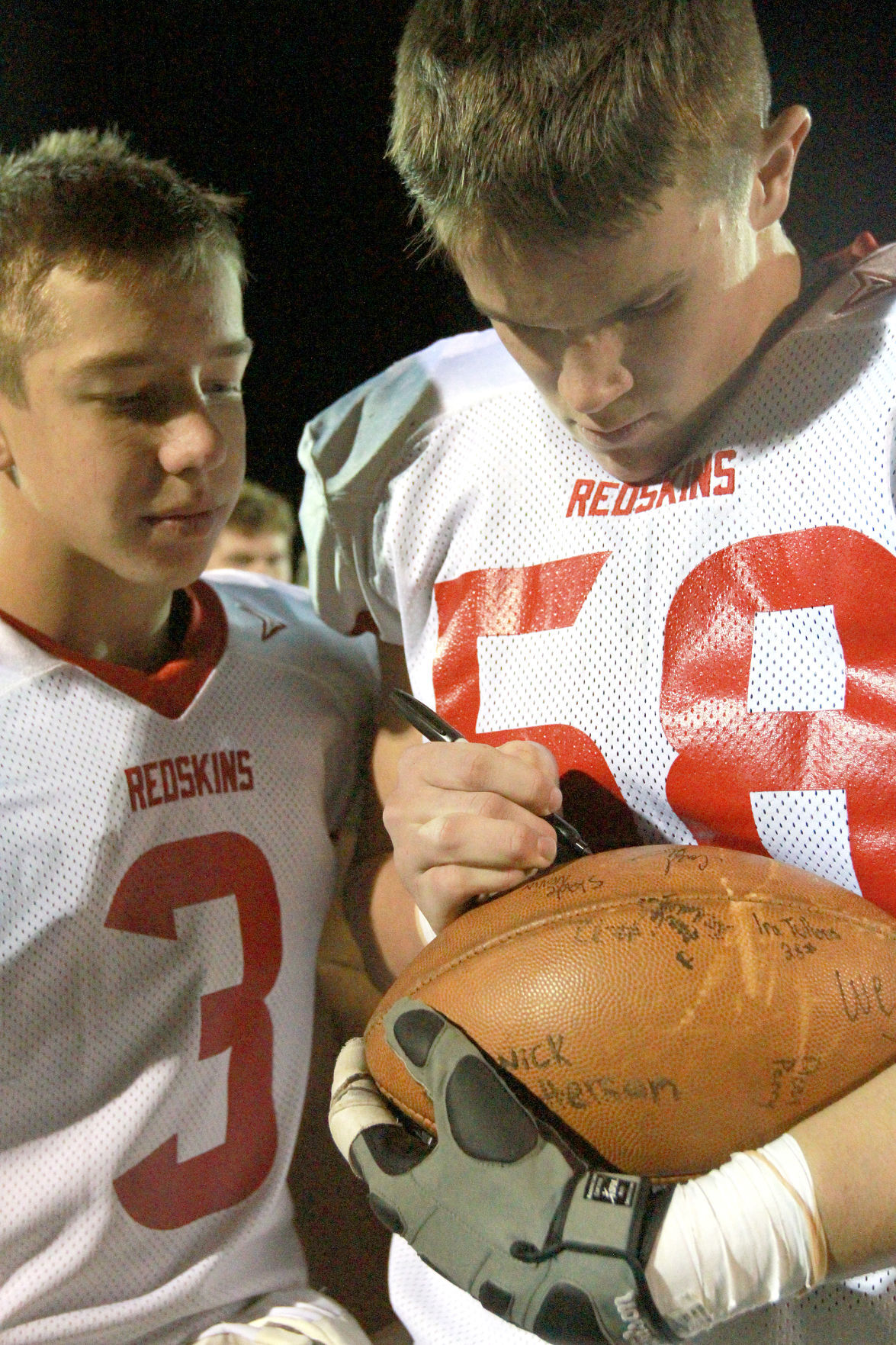 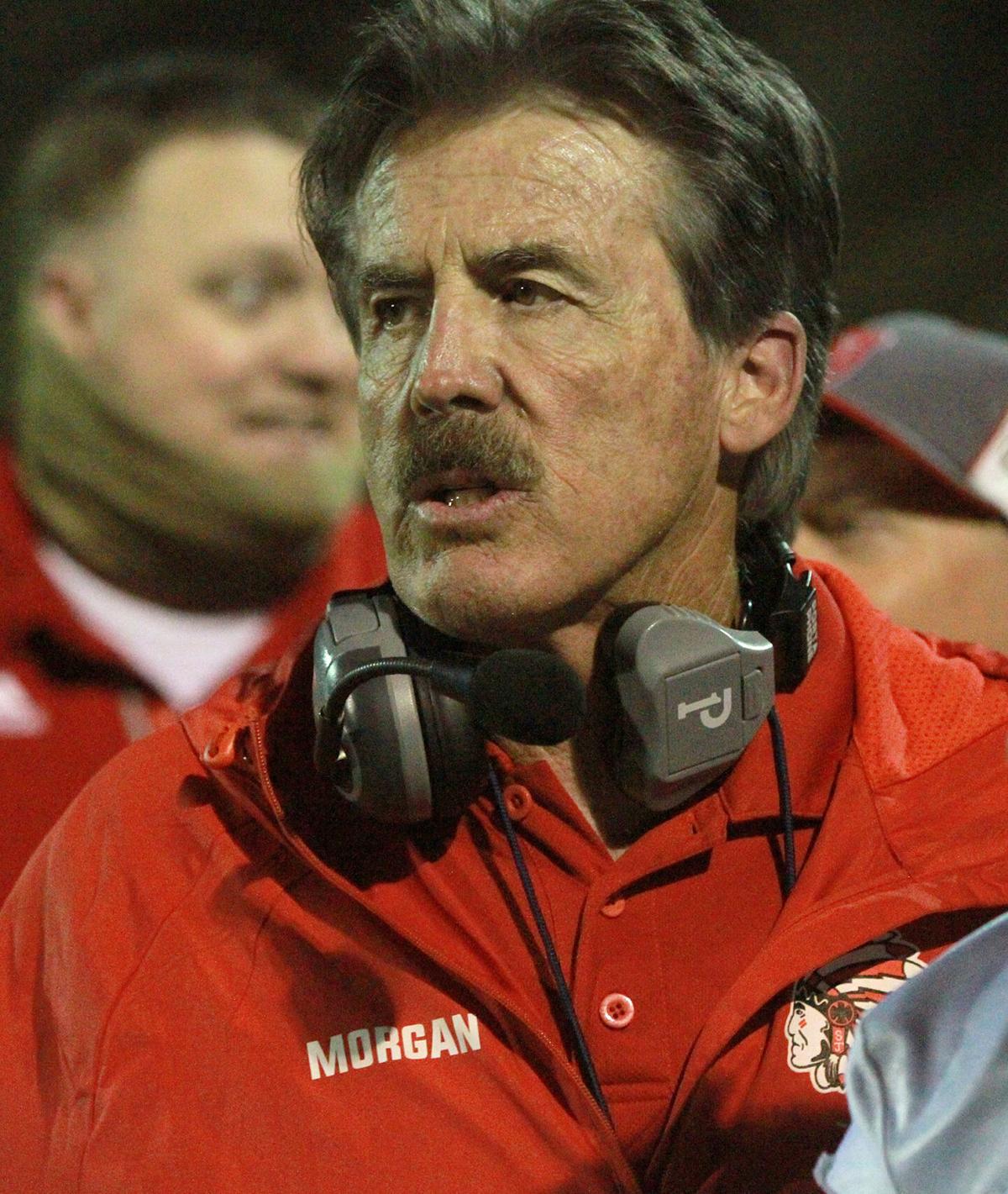 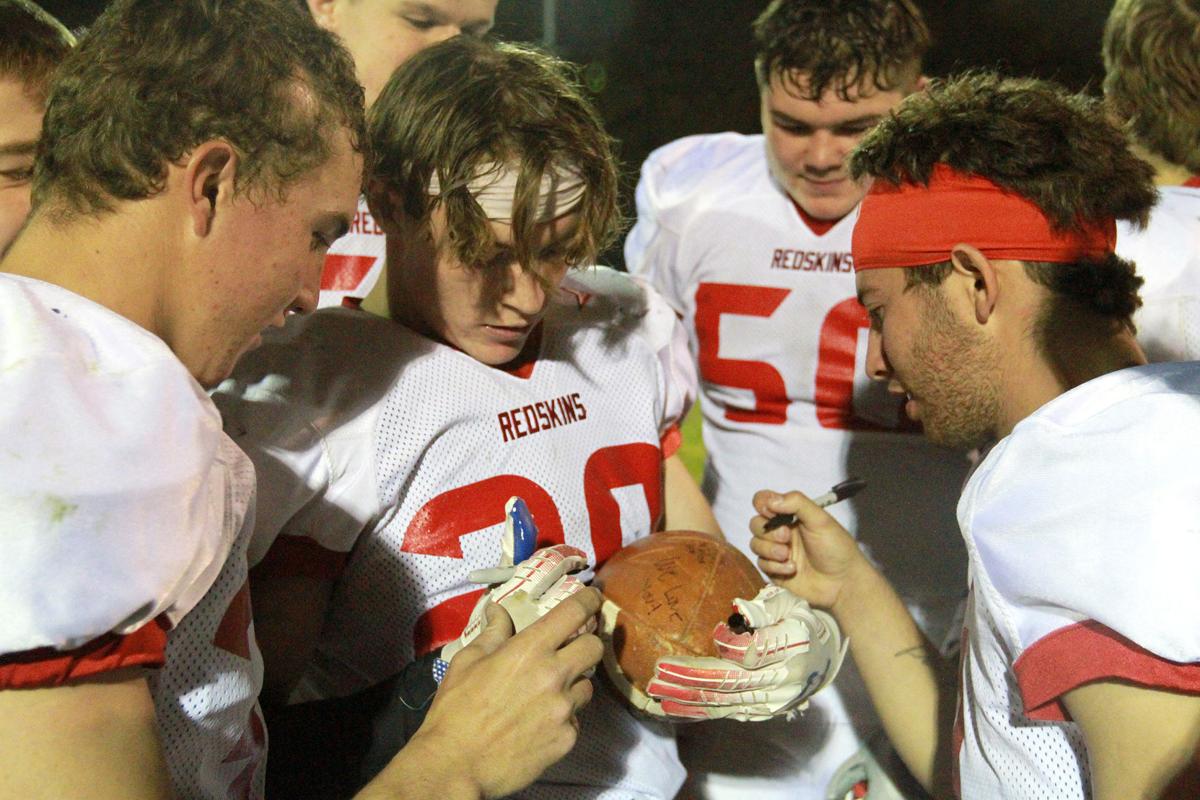 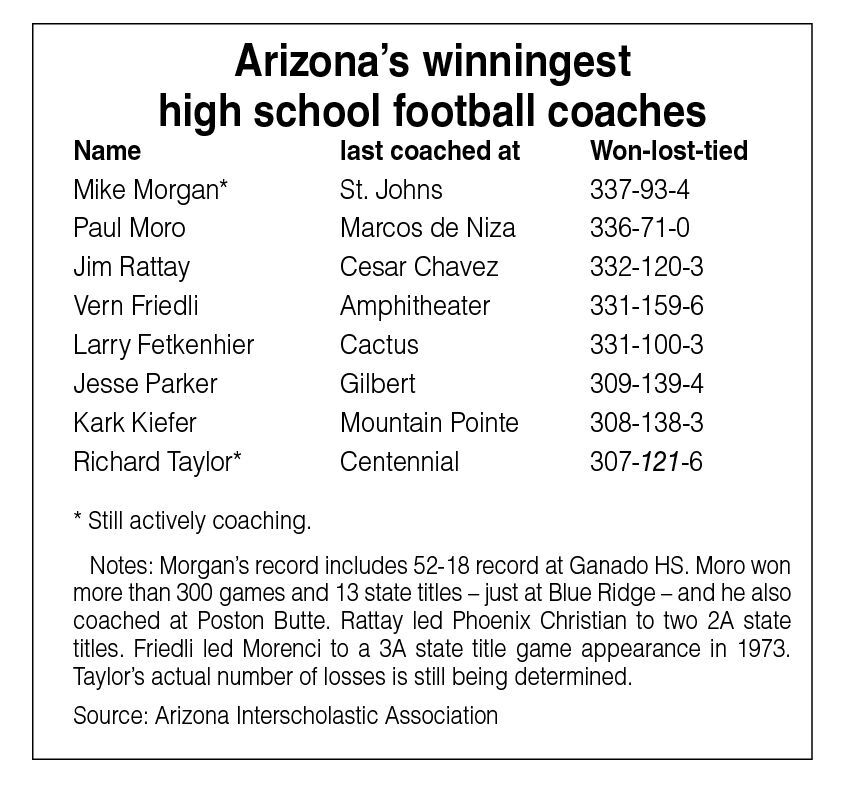 The historic win gave Morgan his 337th career victory, surpassing the late Paul Moro, who guided Blue Ridge to 13 state championships and won more than 300 games there. Moro died of cancer in January, 2019.

This is Morgan’s 38th season as a head coach and 43rd year coaching football overall.

Morgan, a 1973 Coolidge High School graduate, was one of the top pole vaulters in the nation while attending Central Arizona College and Northern Arizona University in the late ‘70s.

He had brief stints as an assistant coach at Chinle, Apache Junction and Mesa High between 1979 and ‘81. Then in 1982 he married Diana and the newlyweds moved to Ganado, where he got his first head coaching job.

“I stayed there seven years and had a 52-18 record, and made the playoffs six of the seven years,” Morgan said.

He told his players after the win at Holbrook that they are part of a legacy of large, supportive families in the community, much like his own, that has produced a consistently successful program in St. Johns. Morgan and his brother Bill, who coached state championship teams at Show Low and Chandler Valley Christian, are sons of educators and his dad once coached but “had so many children, he had to give it up,” Mike said.

Morgan’s own sons, Vince and Clint, were quarterbacks on St. Johns’ 2000 and 2002 title runs. His current coaching staff is composed of several former players.

His assistants also include former Thatcher player and coach Derek Romney, as well as Chris Ervin, who coached football under Larry Delbridge and Carlo Hernandez at Coolidge.

“Chris is in his first year at St. Johns,” Morgan said. “He works on the defensive side with Jon and with the quarterbacks.

“We have a relatively young coaching staff,” Morgan said. “If they stay together, they can become pretty good.”

Morgan also gives credit to the great coaches he had along the way for being able to achieve the wins record. He played football for Alva Hawkins and partipated in track and field under Richard Maynes at Coolidge High and was recruited by four-time Olympian George Young for the CAC track-and-field team. He did his student teaching in Casa Grande and worked with Jack Spilsbury and Al Van Hazel.

“I wanted to be a teacher and a coach,” Morgan said. “I really wanted to be like them. I took a little bit from all of them.”

Morgan also faced off against many of the state’s most successful coaches, including the next two winningest in Moro and former Phoenix Christian coach Jim Rattay.

Morgan’s winning percentage of 78.1% ranks second among coaches with more than 300 wins. Moro tops the list after having won 82.4% of his games.

“I’m honored to be mentioned in the same sentence with Paul,” Morgan said. “It was sad to see cancer take his life. I felt he had a few good years left in him.

“I bet I played against Paul seven or eight times and only won one time. What I remember most about him was that his teams were sound. The defense was solid, the line always blocked well and his special teams were solid.”

“Joe was here 32 years. We worked together for 30 of those years,” Morgan said.

Diana has also been a large part of the success. She has cooked meals for her husband’s teams on a weekly basis since the beginning. Wtih help from Alex Madrid, she also does most of the audio-visual and online work for Mike.

“They do all the filming and duplicating, he said. “And Diana is a tremendous cook. She learned how to cook in Germany where she grew up.”