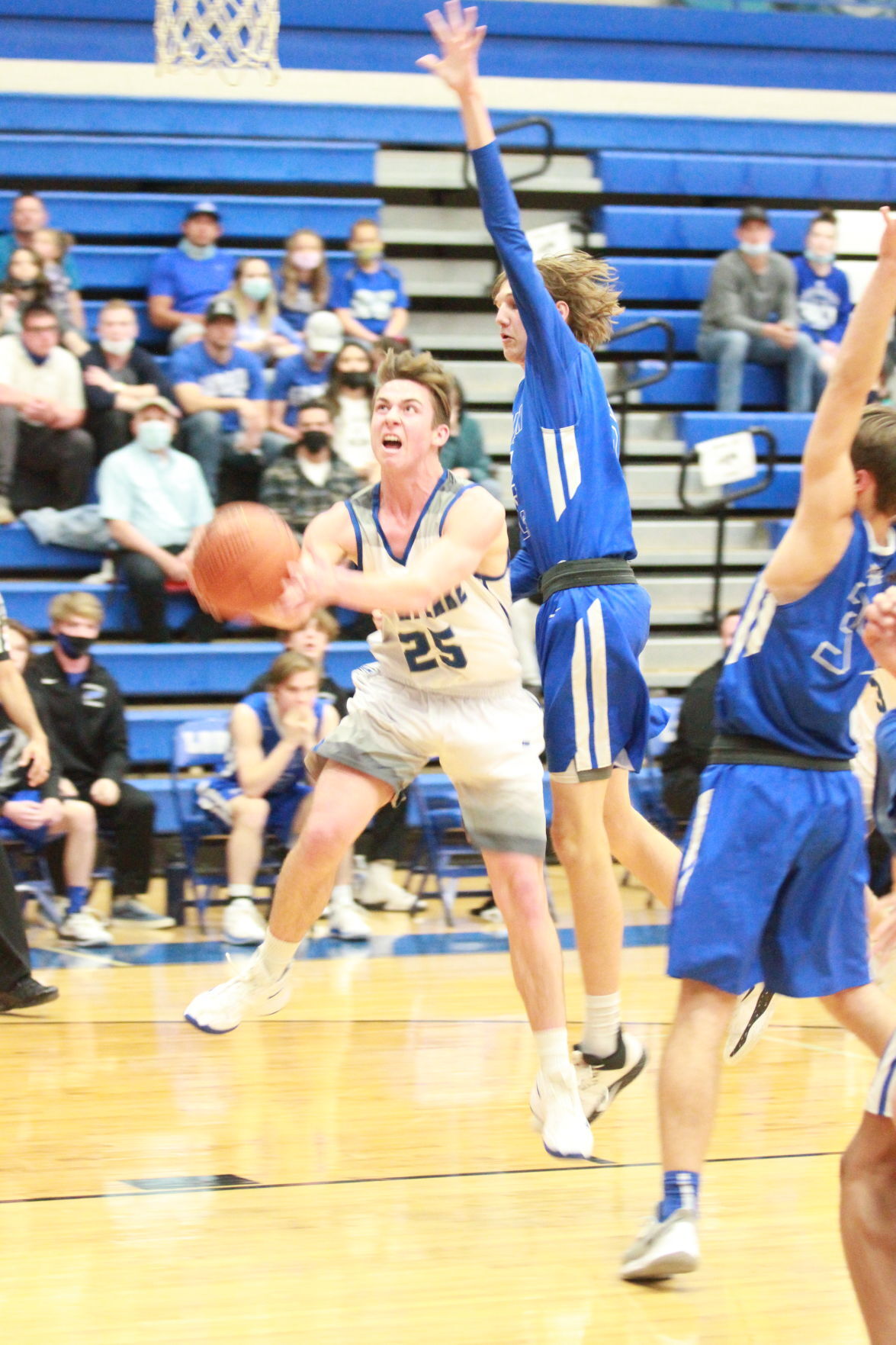 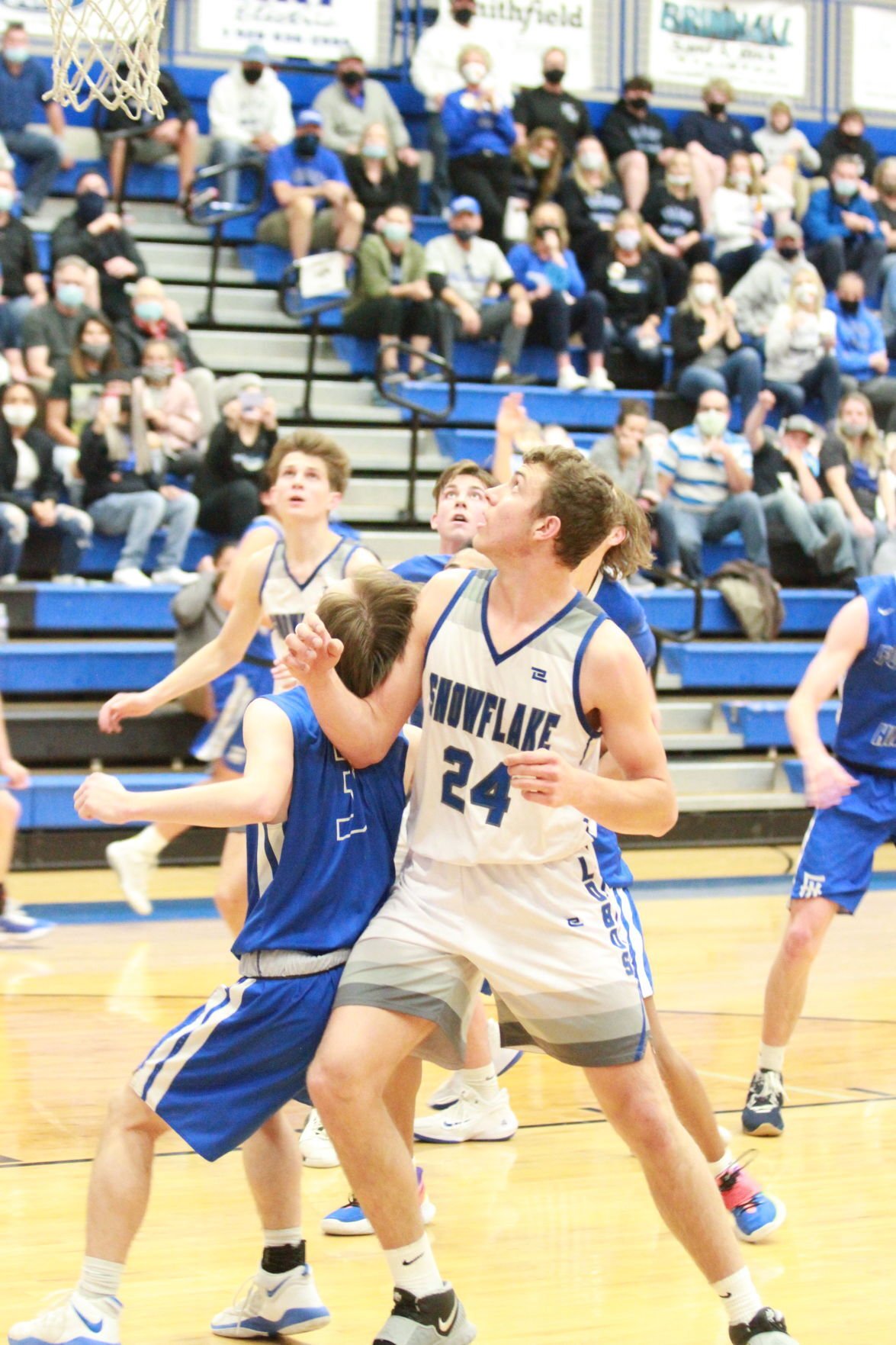 A “pretty special season” had a sad ending for Snowflake’s boys basketball team Saturday in the Class 3A state championship game in Mesa.

The second-seeded Lobos entered the state final with only one defeat this season — and that by a single point to Winslow — and had already beaten their opponent, Page, earlier this season in a road game. But a repeat victory did not materialize for Snowflake, which fell 64-51 to the fifth-seeded Sand Devils.

“Obviously we didn’t end like we wanted to but we had a great group of boys,” coach Alex Wood said Sunday in a phone interview. “I can’t say enough about the young men that we had in the program this year. They all worked hard. They all got along together very well. They didn’t care who was on the court or off the court. They all treated each other as equals. (We) kind of had a pretty special season. We fell short in the last game but to go 19-2 and the kind of season we had and the success that we had it was pretty special.”

The Sand Devils, who lost at home to Snowflake 76-69 on Feb. 13, used a double-threat of outside shooting and a power inside game from 6-foot-10-inch senior center Stuart Sandall to control most of the championship game Saturday. The White Mountain Independent followed the game from the radio broadcast on KNKI.

“We held them to 64 points. I liked our game plan. Our big guy (Stewart West) got in foul trouble early and that was kind of hard to overcome. They had a good outside game and a good inside game and we struggled making some shots. That’s how the cards fell,” Wood said.

Sandall led all scorers with 18 points and used a 6-inch size advantage over the Lobos’ West.

Wood said he was proud of the effort from West and his teammates against the taller Sandall.

“It was a big discrepancy, although Stewart held his own and they had a pretty good battle underneath. Our big got into early foul trouble. It really set the tone for them or gave them some advantages and kind of took us out of our game plan a little bit,” Wood said.

Snowflake’s defense in the fourth quarter kept Page from winning in a rout. A 12-point margin early in the fourth quarter was trimmed to seven and eight points as the Lobos clung to their hopes of a rally. Kaiden Brewer drilled a three-pointer, followed with a defensive steal and West scored to cut Page’s lead to 46-39.

“In the fourth quarter we went to a full-court press and had to pick up our defensive intensity and we made a couple of runs to where we pull within six or so, and then Page just seemed to inevitably make one of those dagger shots that would get them back up by nine or 10. They made some timely shots and squelched our ability to build some momentum,” Wood said.

The Lobos did have a come-from-behind victory on Thursday in a semifinal game against visiting Fountain Hills, winning 40-35 to reach the state final.

In that game, Brewer and West combined for 14 of the Lobos’ 16 fourth-quarter points to overcome the Falcons, who led 25-24 after three periods and increased their cushion to as many as five points.

With Snowflake trailing 33-29, Brewer made the first of his two three-pointers to pull the Lobos within one. Fountain Hills followed with another score, but West tied the score at 35 with a bucket and foul shot. A Falcons’ turnover put the ball in Brewer’s hands, and he drilled from long range to put Snowflake ahead 38-35 with 1:15 to play. Brewer sunk two free throws with five seconds to play for the 40-35 final score.

“During the pandemic that we’re having I think Snowflake’s grown closer together, and it was great to have the opportunity to have a group of boys that represented our community so well,” Wood said.