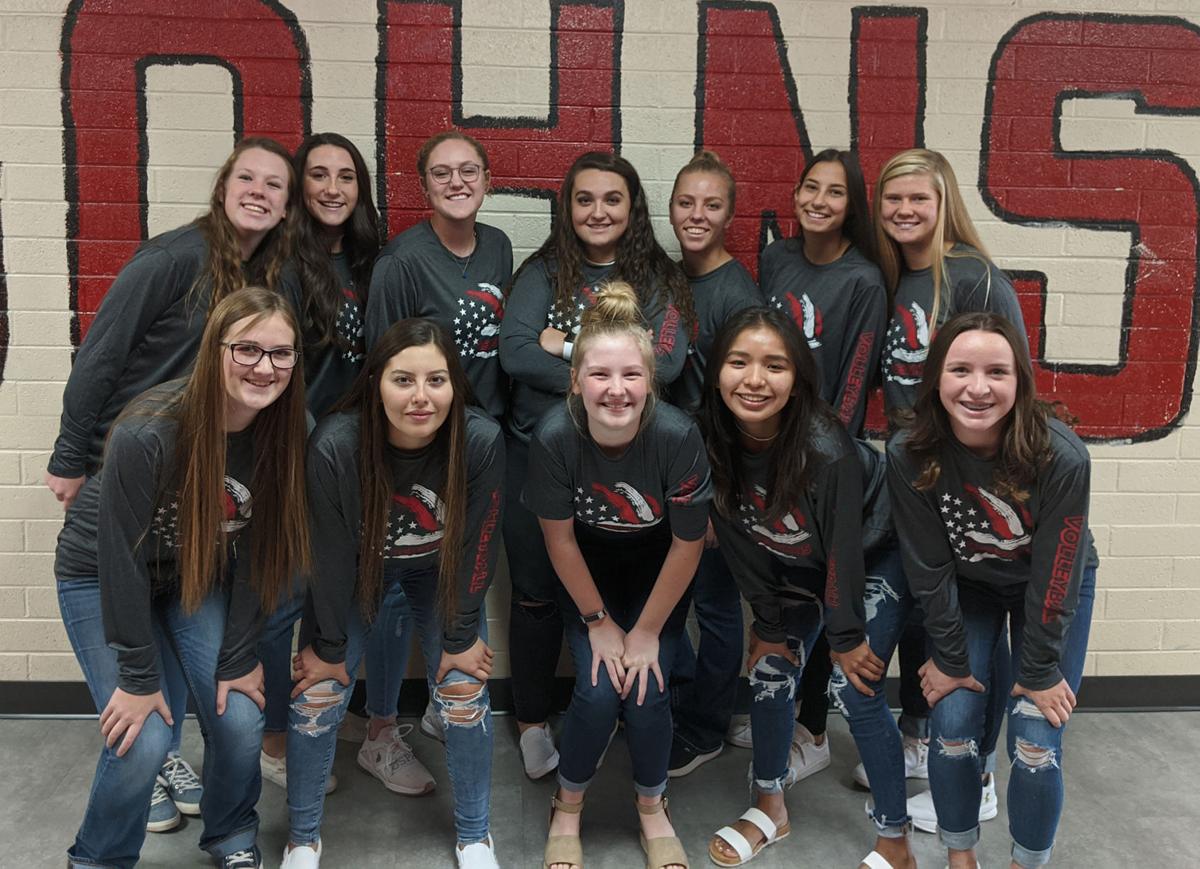 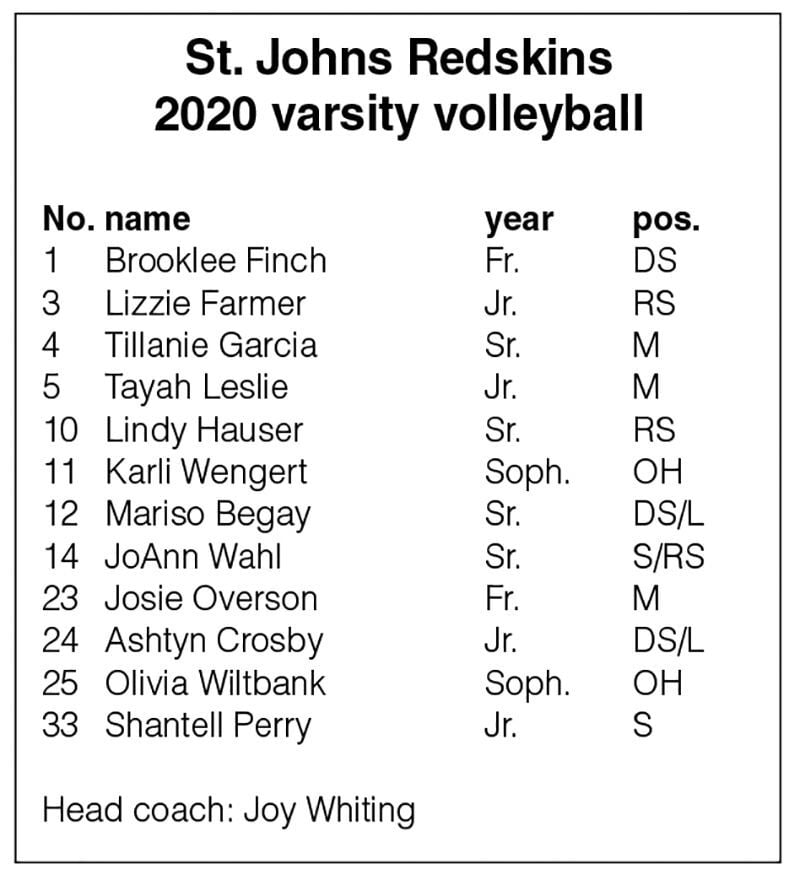 The St. Johns Redskins varsity volleyball team is looking forward to a winning season despite having an almost entirely new starting lineup from last year.

The team’s fortune lies with younger players who have earned starting spots with their incredible talent and technique.

“The St. Johns volleyball program has one of the youngest teams we have seen in several years,” head coach Joy Whiting stated in an email response. “These young players are coming together with a couple of seniors who hope to bring chemistry to the team.”

“The players have an intense outlook for the season. Even though some of the starters are young and new to varsity, these players do exceptionally well in the classroom, which means very smart volleyball players,” Whiting said. “The players already have great chemistry in practice, and have learned to trust each other.”

Whiting said that St. Johns has both a strength and weakness in the young players.

“These players are a big strength because they are extremely good athletes and have great mechanics, otherwise they would not have earned those spots at such a young age,” said the coach. “These players are also the only weakness, as they will start the season with little experience, but as time goes on they will exceed all expectations.”

Senior middle Tillanie Garcia is the only player returning to her spot from last season, and the other returning senior is JoAnn Wahl.

“Tillanie brings a lot of experience with her. JoAnn started as outside hitter last year but was moved to setter, and she will stay setter and right side this year,” said the coach.

Expected to excel at setter is Shantell Perry, a junior, as well as with two new outside hitters in sophomores Olivia Wiltbank and Karli Wengert.

“Shantell is also new to varsity and will be a nice addition to back row, setting for JoAnn to play right side hitter. The two young players, Olivia and Karli “have much riding on their shoulders this season, and are going to make their mark huge as they are both a force to be reckoned with.”

“Senior Mariso Begay and junior Ashtyn Crosby, both new to varsity, will pull up the Redskin defense as defensive specialists and liberos this season.”

“Lizzie moved to St. Johns from out of state at the beginning of last year and played her first year of volleyball last year,” Whiting said. “Lizzie’s athletic abilities are outstanding, and she has earned a spot at right side with her quickness, hard swing, and power vertical. Also at right side is left-handed senior, Lindy Hauser, and who is new to varsity. Lastly, is the newby freshman at middle. Josie has an extremely competitive, yet quiet demeanor that has pushed her into the varsity starting lineup.”

Because the COVID-19 outbreak forced many northeastern Arizona reservation schools to postpone all athletics until 2021, the Redskins will be encountering more travel time this season to compete against unfamiliar opponents.

“The two biggest questions at the beginning of this season is of course our new region, and the loss of so many opportunities due to COVID-19,” Whiting said. “Because the 2A North region had all teams except two postpone their fall sports, it put St. Johns in a position with no region. There was much debate about what was to be done. St. Johns picked up some freedom games with schools closer, but the end result for the Redskins was to join the 2A South region, even though that meant much more travel time. The teams from the 2A South are not familiar teams, so the unknown will be a big factor.

“The second question is how the young and inexperienced new varsity members will perform. Normally, with so many new and young varsity starters the opportunities in the spring and over the summer can compensate,” said the coach. “But with COVID-19 causing a shutdown of all gyms during the spring and no camps or tournaments over the summer, the Redskins will face inexperience.”

Whiting is returning for her second stint as the head coach of St. Johns Redskin Volleyball. She took a short break for a year after her first stint, then returned as the junior varsity coach for a couple of years, but she is back as the head coach again.

“I am excited about volleyball and have a strong love for helping young athletes enjoy the sport and I love helping them work hard to achieve their goals,” Whiting said.

Shaylee Leslie, a former player for Whiting, joins the coaching staff along with Deanne Wahl.