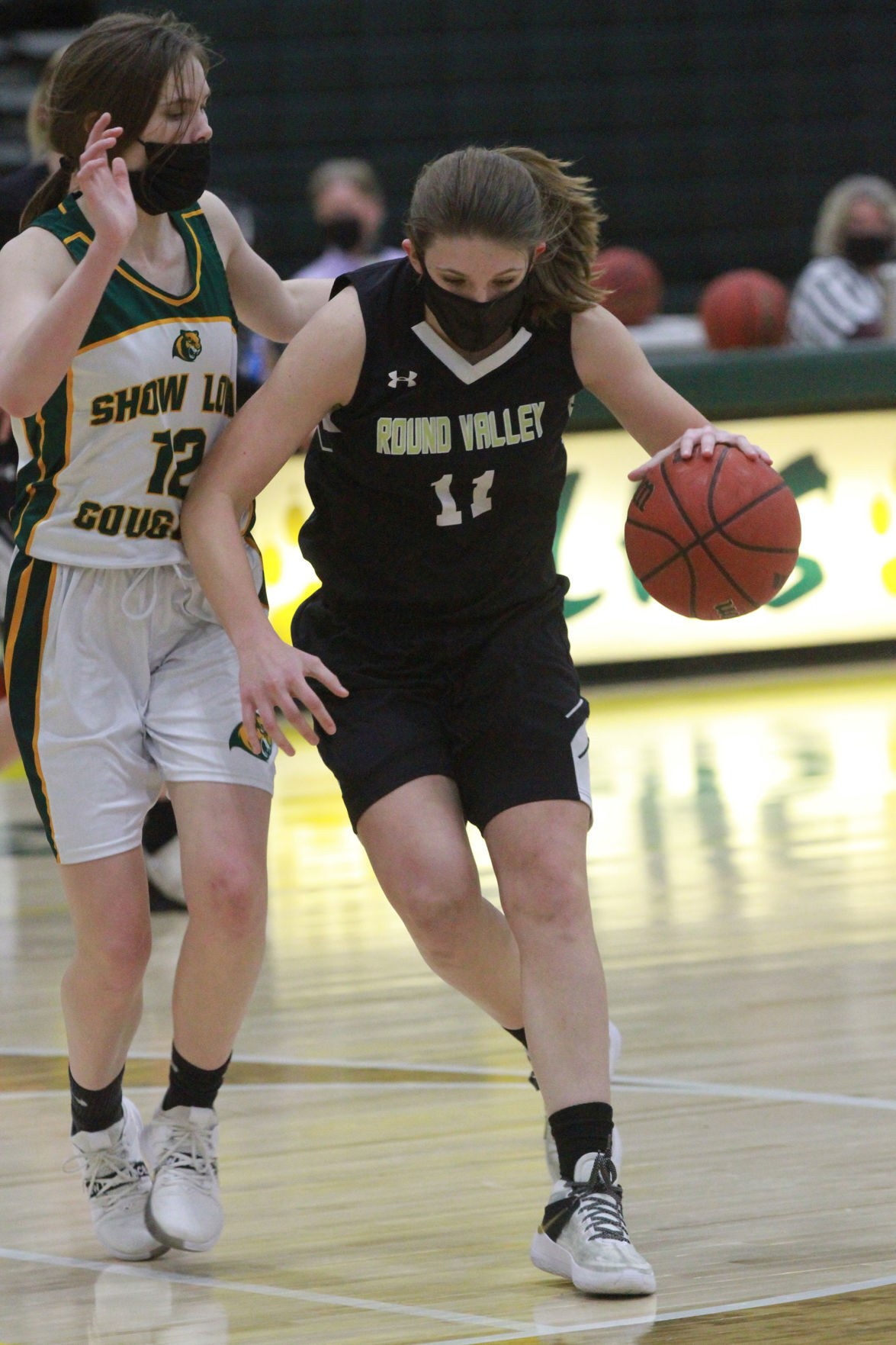 Round Valley’s Karli Haws (right) begins a successful drive to the hoop against Cougar defender Kyra Brogan near the end of the Elks’ 40-38 win at Show Low on Wednesday, Feb. 3. Haws’ basket with a little more than a minute left in the game up Round Valley up 37-33. She had nine points in the win. 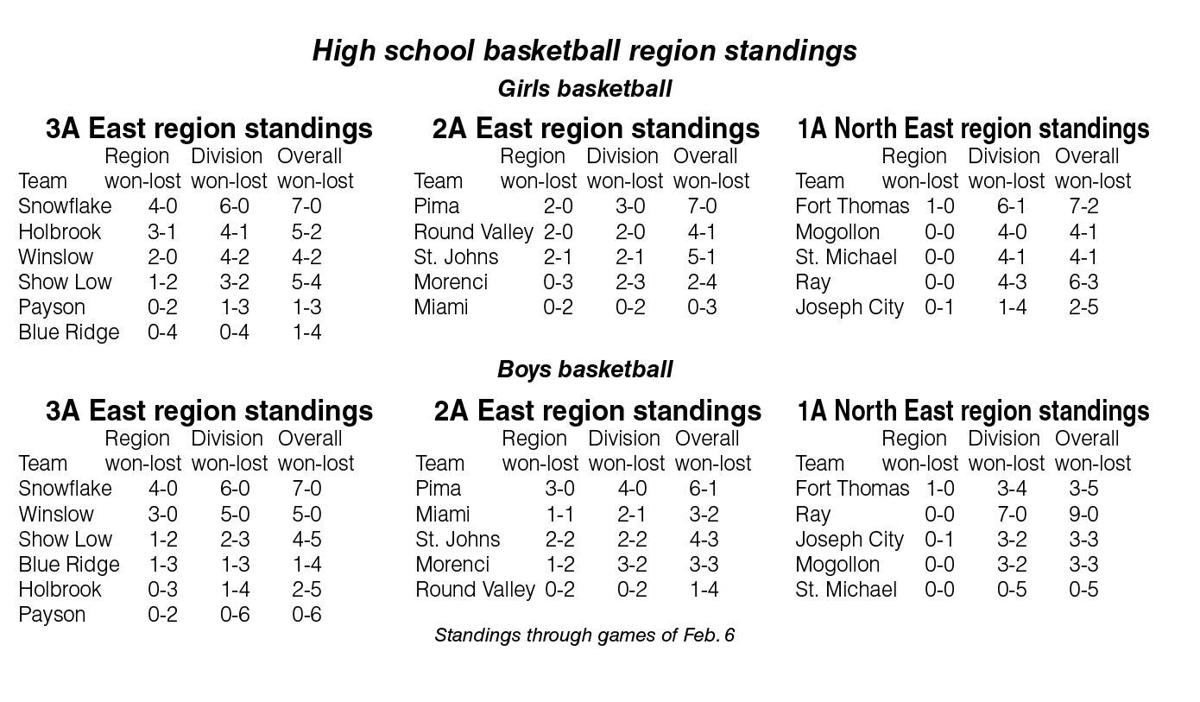 Round Valley’s Karli Haws (right) begins a successful drive to the hoop against Cougar defender Kyra Brogan near the end of the Elks’ 40-38 win at Show Low on Wednesday, Feb. 3. Haws’ basket with a little more than a minute left in the game up Round Valley up 37-33. She had nine points in the win.

The Round Valley High School girls varsity basketball squad has won four games in a row since a season-opening loss at 3A Snowflake on Jan. 21.

Last week the Lady Elks defeated St. Johns in a big 2A East contest on Tuesday, then went on the road to 3A Show Low and came away with a 40-38 win.

The Round Valley girls were also 2-0 the previous week, with a win at Morenci and a non-conference home win against Mogollon on Jan. 30.

Tonight, the Lady Elks travel to Pima in a game featuring the top two teams in the East region.Both teams are 2-0 in region play. The Roughriders are 7-0 overall.

Mogollon plays host to St. Johns in a non-conference game tonight in Heber. The Mustangs host St. Michael in the 1A North East opener for each team on Wednesday.

Tonight is also a big night in 3A girls basketball, as Snowflake plays host to Winslow. The Lobos are 4-0 in the 3A East while the Bulldogs are 2-0.

The Lady Elks surged ahead in the closing minutes in a back-and-forth game that was tied at the end of each of the first three quarters on Wednesday, Feb. 3.

Emma Young led Round Valley with 14 points, including 10 in the second half as the Elks came away with a 40-38 non-conference win.

The game was tied at 33 with about two-and-a-half minutes left when Karli Haws made the first of her two clutch baskets in the closing minutes.

Turnovers hurt the Cougars’ effort to match the scoring.

The Elks also used a six-of-eight effort at the free-throw in the fourth quarter to secure the victory.

Karli Haws led the Elks with 10 points and Ada Mortensen came off the bench to score nine as Round Valley held on for a win against St. Johns on Feb. 2.

The Lady Elks led 19-9 at the half but the Redskins got back in it with a 10-2 run in the third quarter.

EAGAR — The Round Valley opened the game with a 19-3 run and cruised to a 55-28 non-conference victory against visiting Mogollon on Jan. 30.

The visiting Lady Elks used second- and third-quarter rallies to outscore the Wildcats 30-17 on the way to a 61-42 win on Jan. 27.

Ada Mortensen, who went four-of-four at the free-throw line to lead a 13-of-17 team effort, came off the bench to lead four Lady Elks in double figures with 16 points.