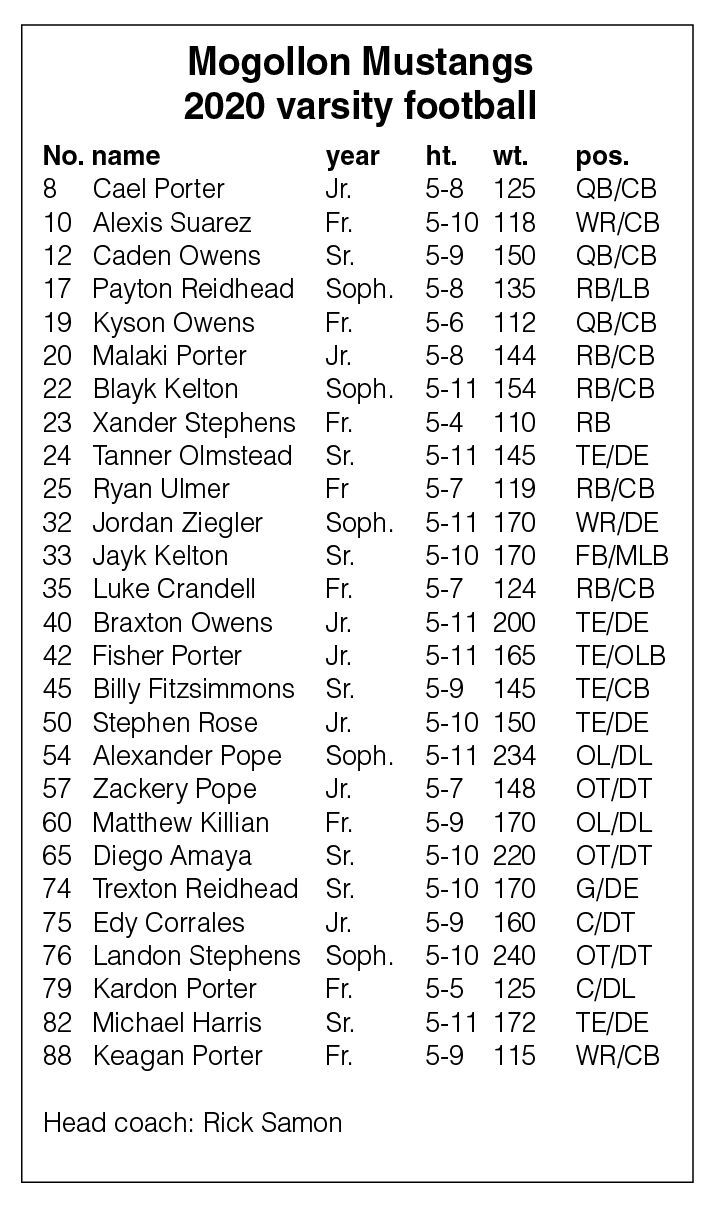 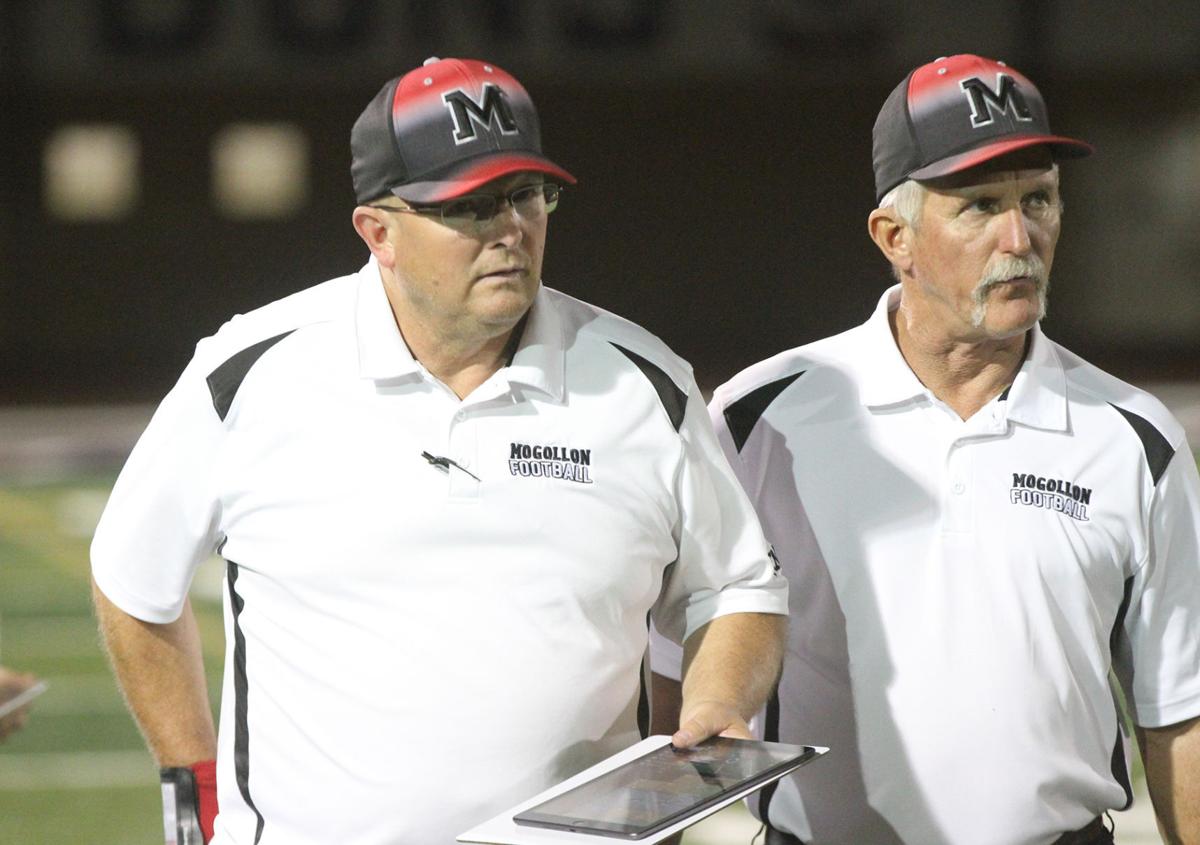 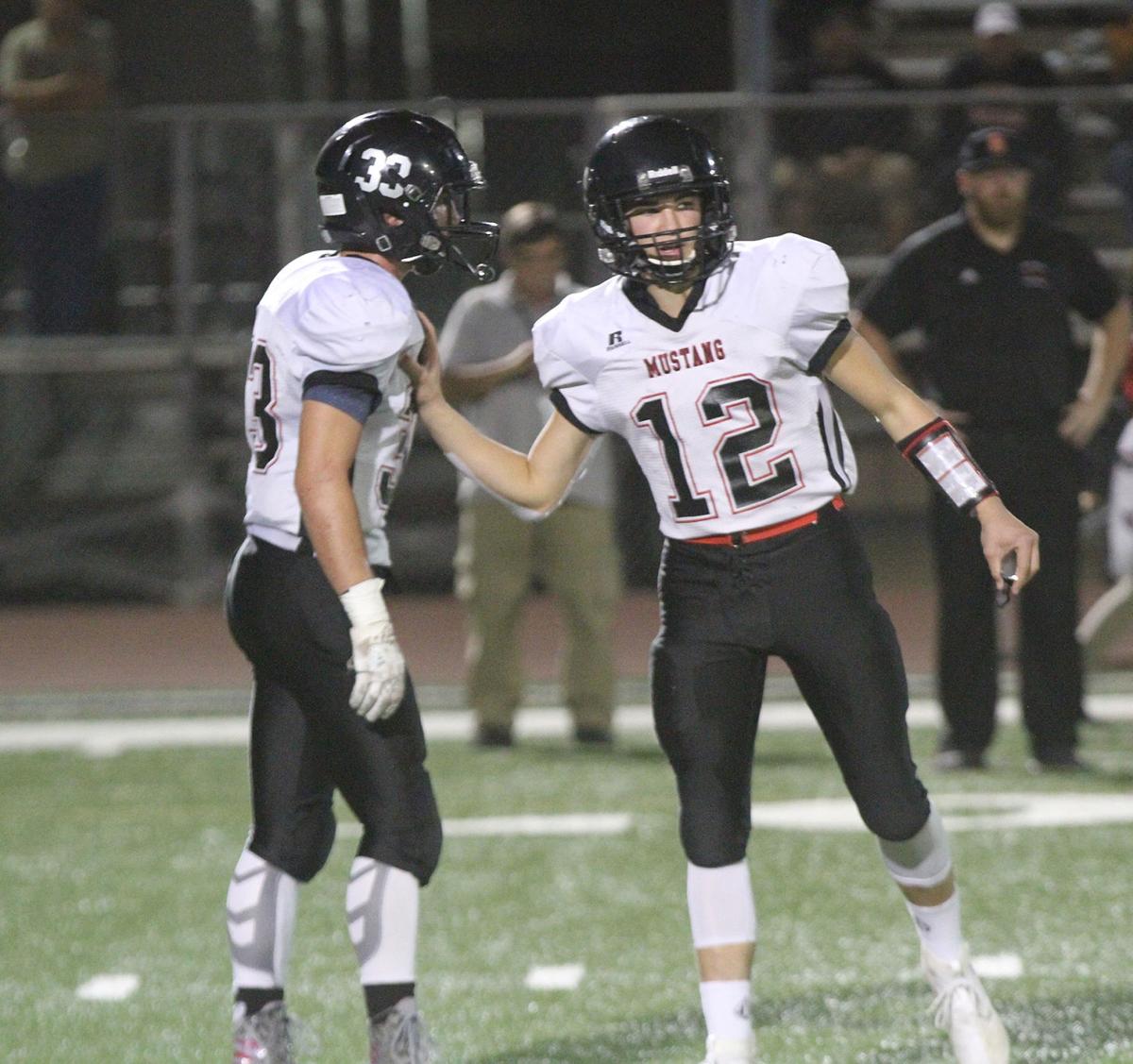 Seniors Jayk Kelton (left) and Caden Owens are the key seniors for the Mogollon Mustangs this season.

Seniors Jayk Kelton (left) and Caden Owens are the key seniors for the Mogollon Mustangs this season.

HEBER — Mogollon High School varsity football teams have historically been among the most successful programs in Arizona eight-man football.

Only two other schools have made more Division 1A (VI from 2011-15) state-title-game appearances than Mogollon. The Mustangs are tied with Williams for the fourth most state championships in playoff history (four).

The 2020 Mustangs have the depth and experience to challenge for another title-game berth or better yet, a possible fifth state title for the school.

“We have 25 kids, and a strong group of seniors,” said first-year head coach Rick Samon, Mogollon’s defensive coordinator for most of its existence, who takes over the Mustangs from current school superintendent Ron Tenney, who served as head coach in 2019.

Tenney, who coached the Mustangs to two state titles in 2003 and 2008, returned to Heber last season after a stint as Snowflake head coach, replacing Tim Slade, who led Mogollon to its most recent title in 2014. Tenney will focus on the offense this year and serve as a mentor to one of his former players, Nolan Porter, as the future coordinator on offense.

The Mustangs will be a huge favorite this Friday, Oct. 2, when they travel to Glendale to take on Desert Heights Prep in the season opener at 7 p.m.

“Desert Heights is coming into the league from a charter league where they have had some success,” Samon said. “I would not want to have to play us first, but it should be a good game for us to see where we are this season.”

Mogollon returns experienced players at nearly every position this season.

Caden Owens, a two-year starter at quarterback, returns as the Mustangs’ senior signal-caller.

Jayk Kelton, another senior, will key the defense at middle linebacker and he will also start at fullback offensively.

“Caden reads the defenses well and he has a great passing arm,” Samon said. “Jayk, in his fourth year starting at middle linebacker, is very strong and very disciplined.”

Some less-experienced players are expected to contribute like veterans.

A pair of sophomores, Landon Stephens and Blayk Kelton, and junior Malaki Porter return after a year on varsity.

“Landon is a fast and strong defensive linemen. Malaki, a running back, is stronger and faster this year and is doing well. Blayk will be starting at wide receiver and at defensive corner – he has great hands and is explosive.”

“We have a team full of competitors and that is our strength,” Samon said.

Most of the team’s experience is with the coaching staff.

“I also brought Coach Ross back to work with the line. Coach Tenney and Coach Ross combined bring about 65-plus years of experience to the team,” Samon said.

The other big key to success is to avoid illness and injuries.

“We are trying to stay healthy and free of injuries,” Samon said. “We are just trying to meet all the COVID-19 requirements to play and (are learning) how to keep our kids healthy.”