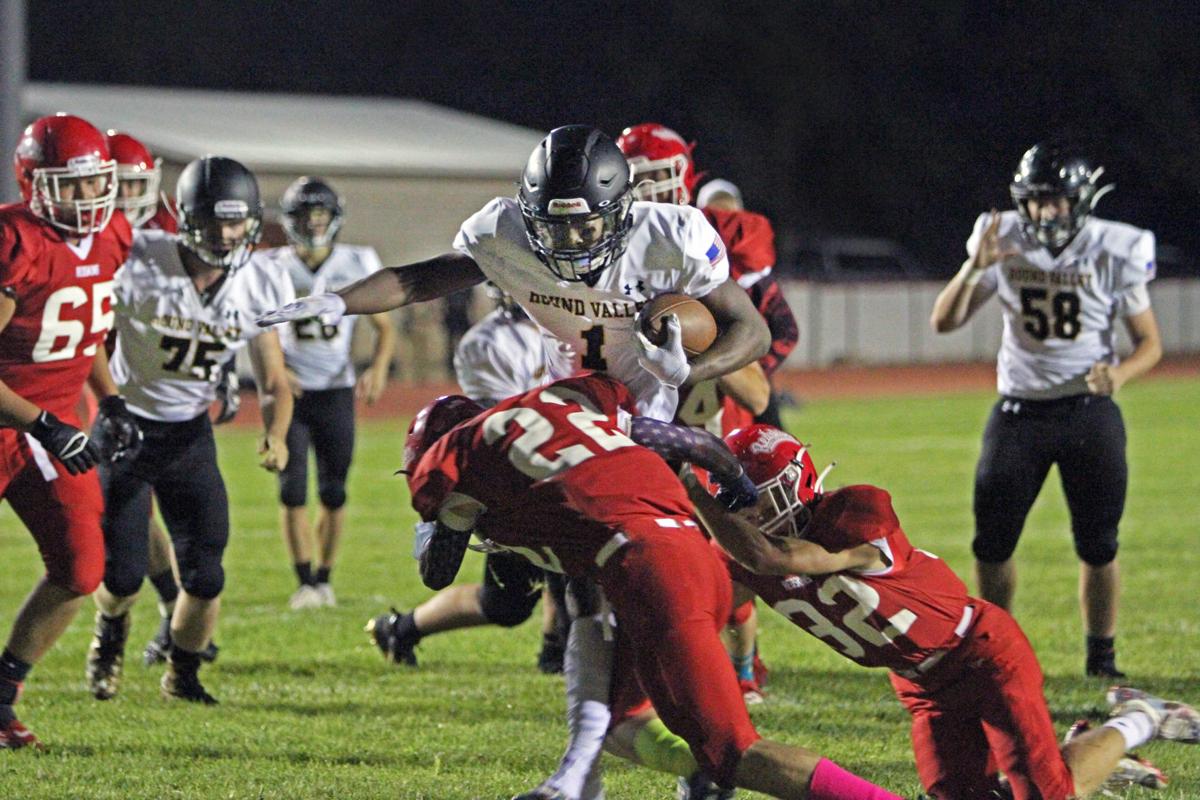 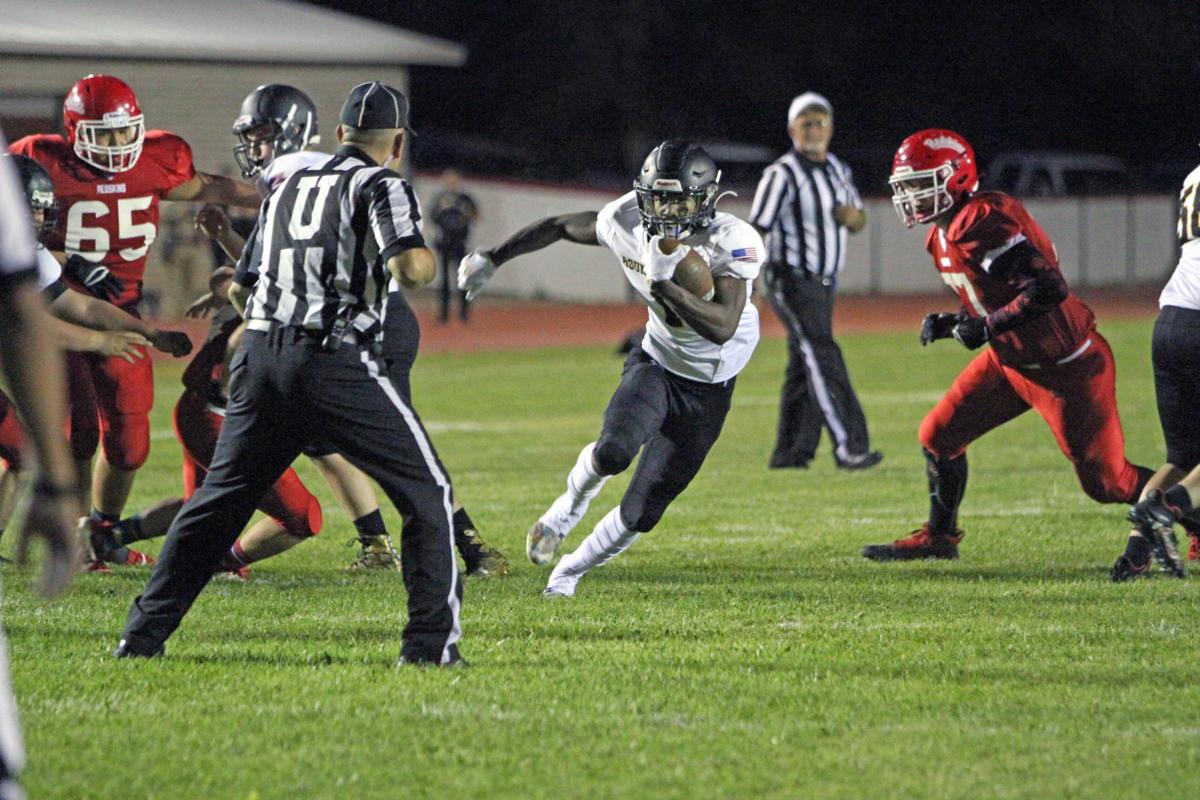 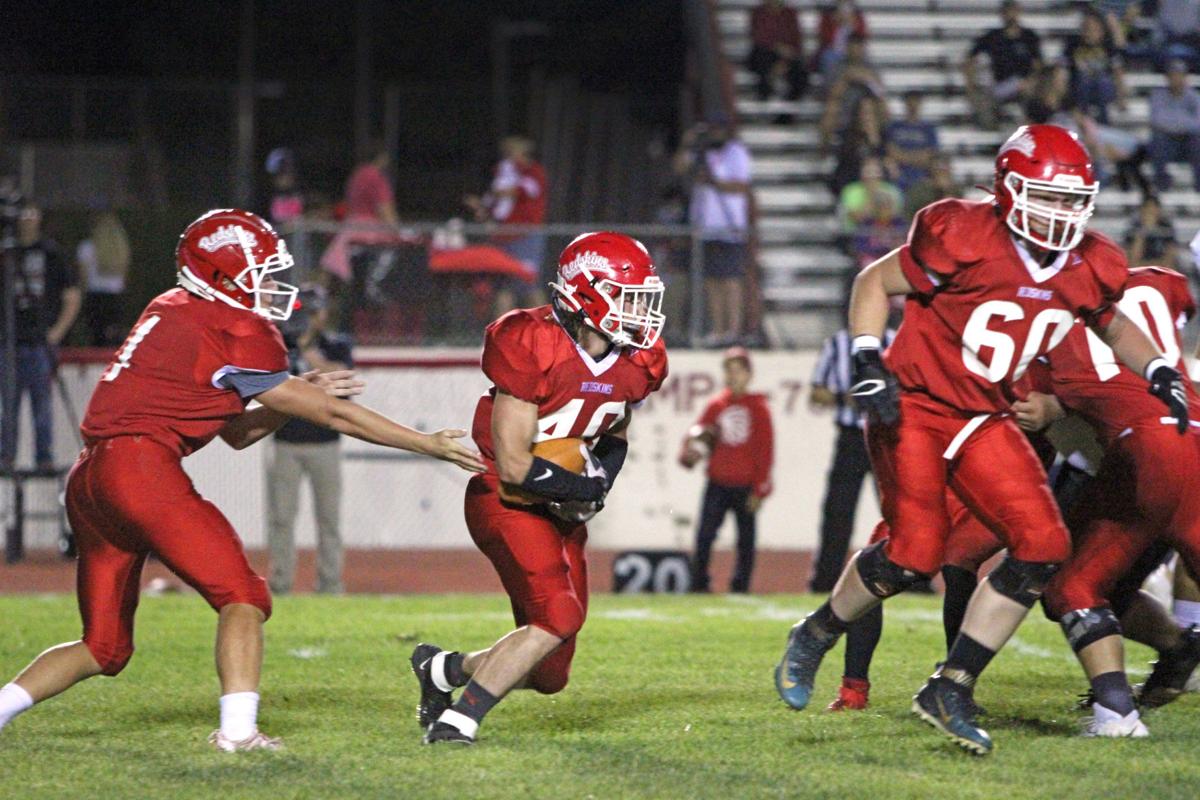 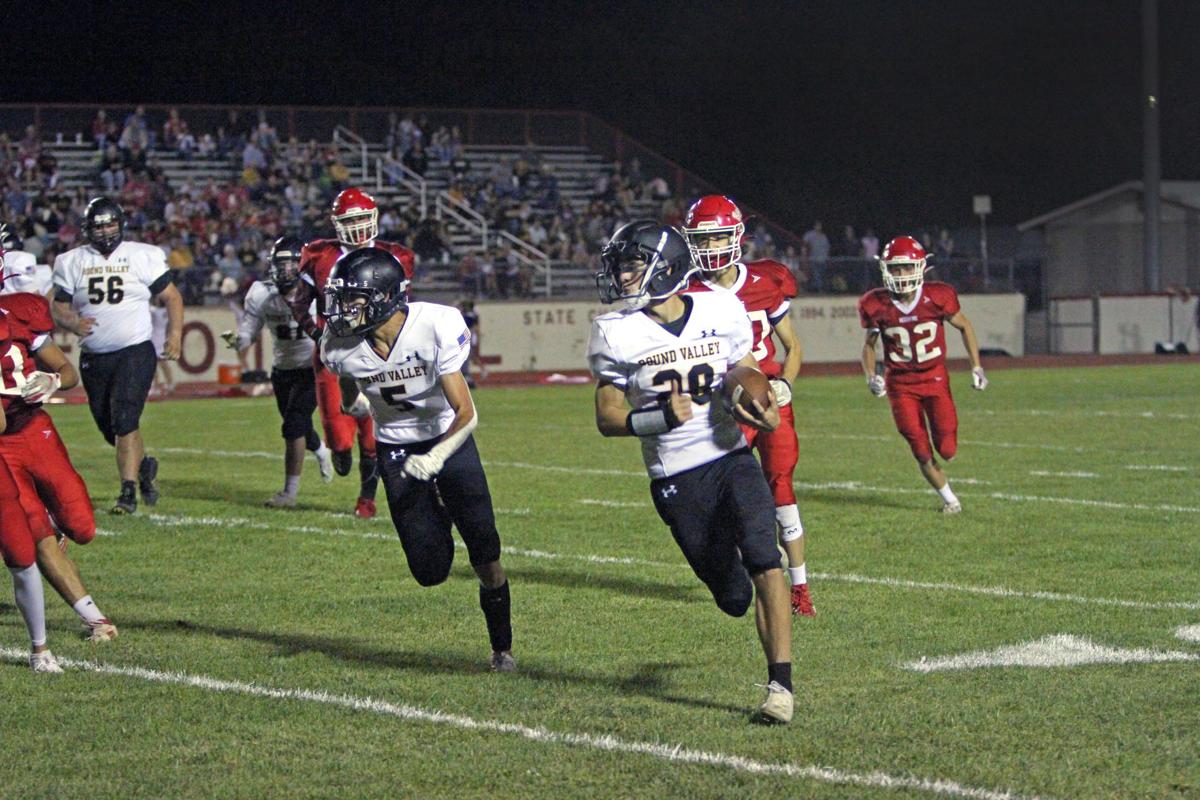 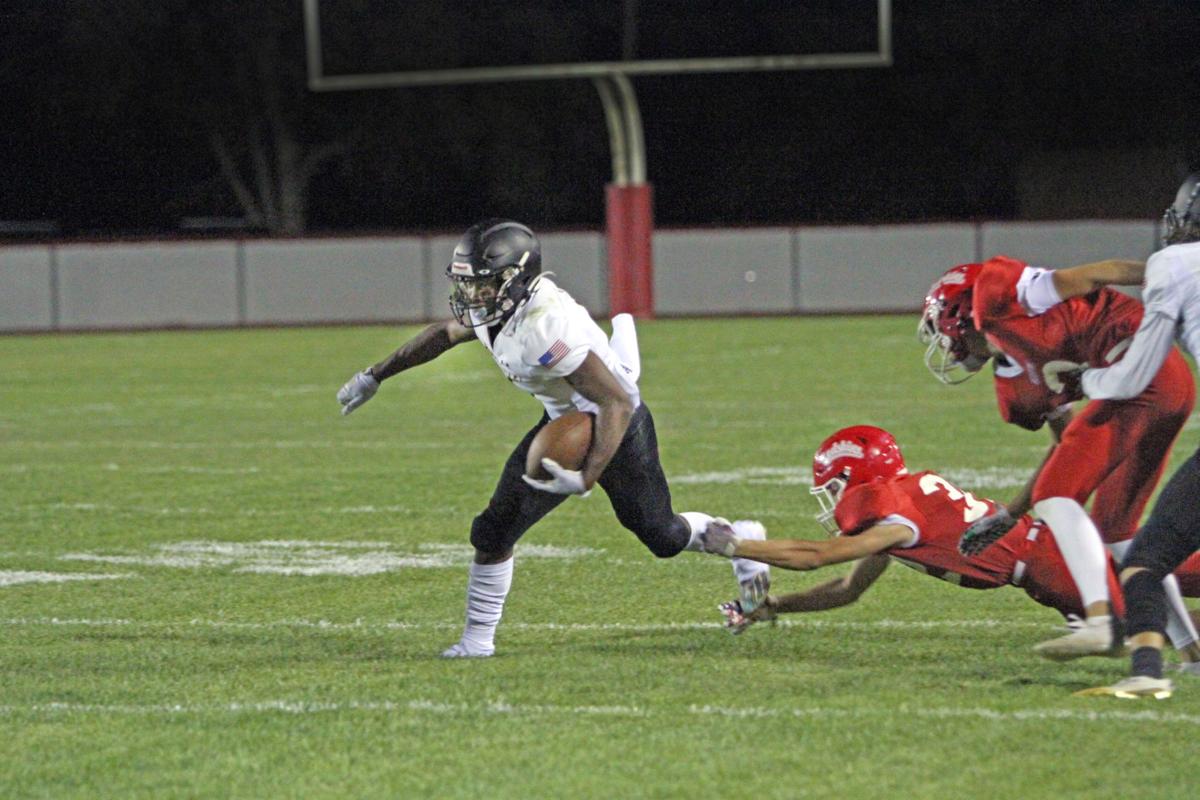 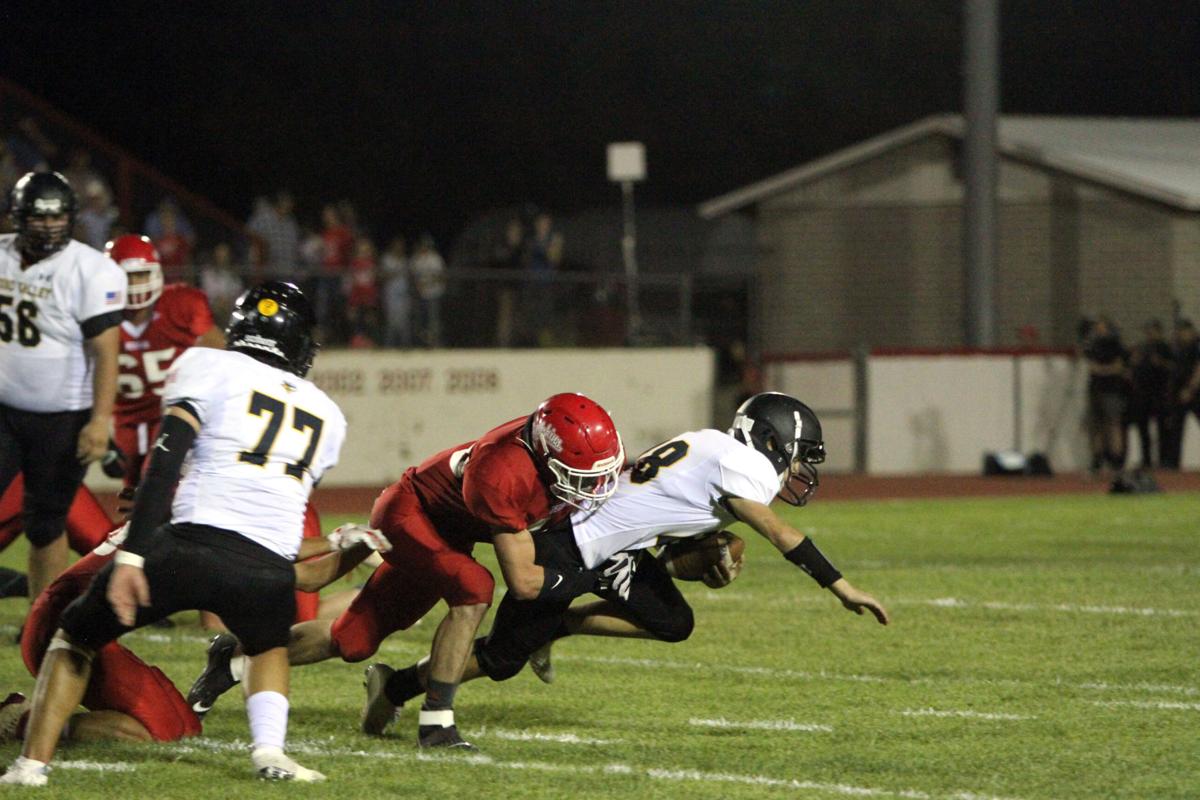 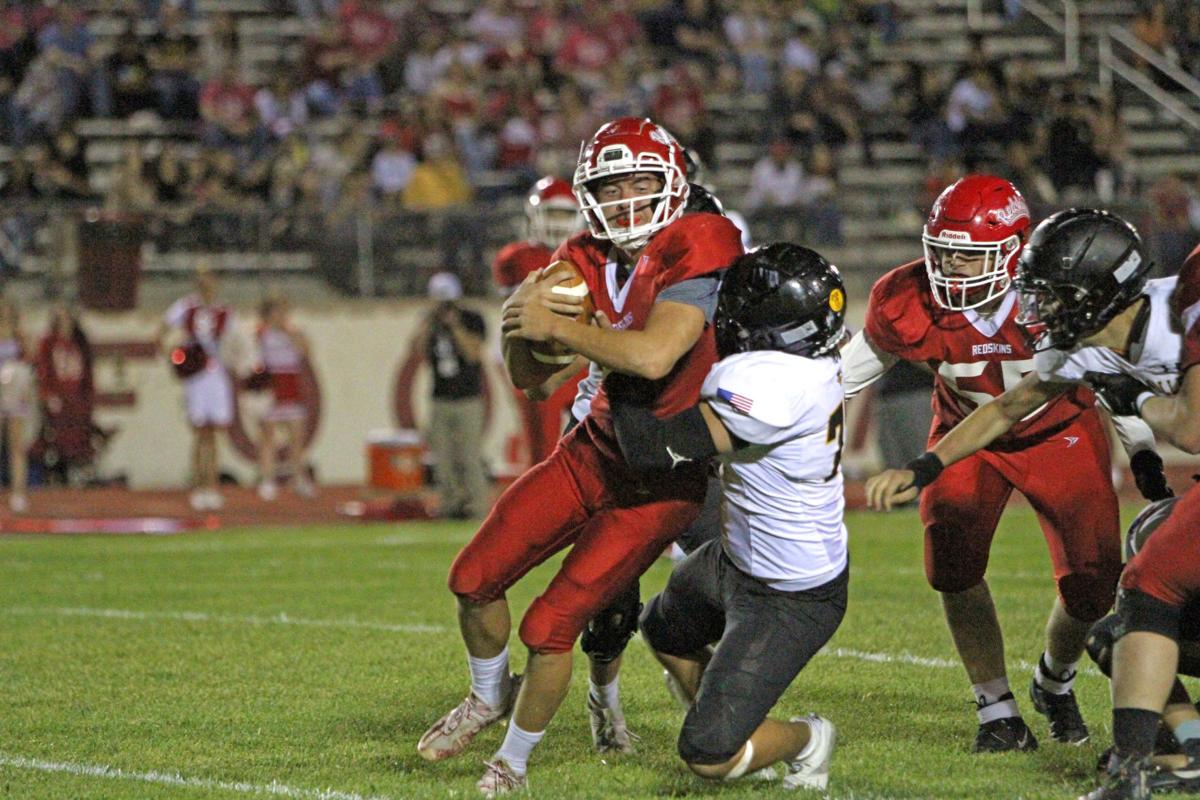 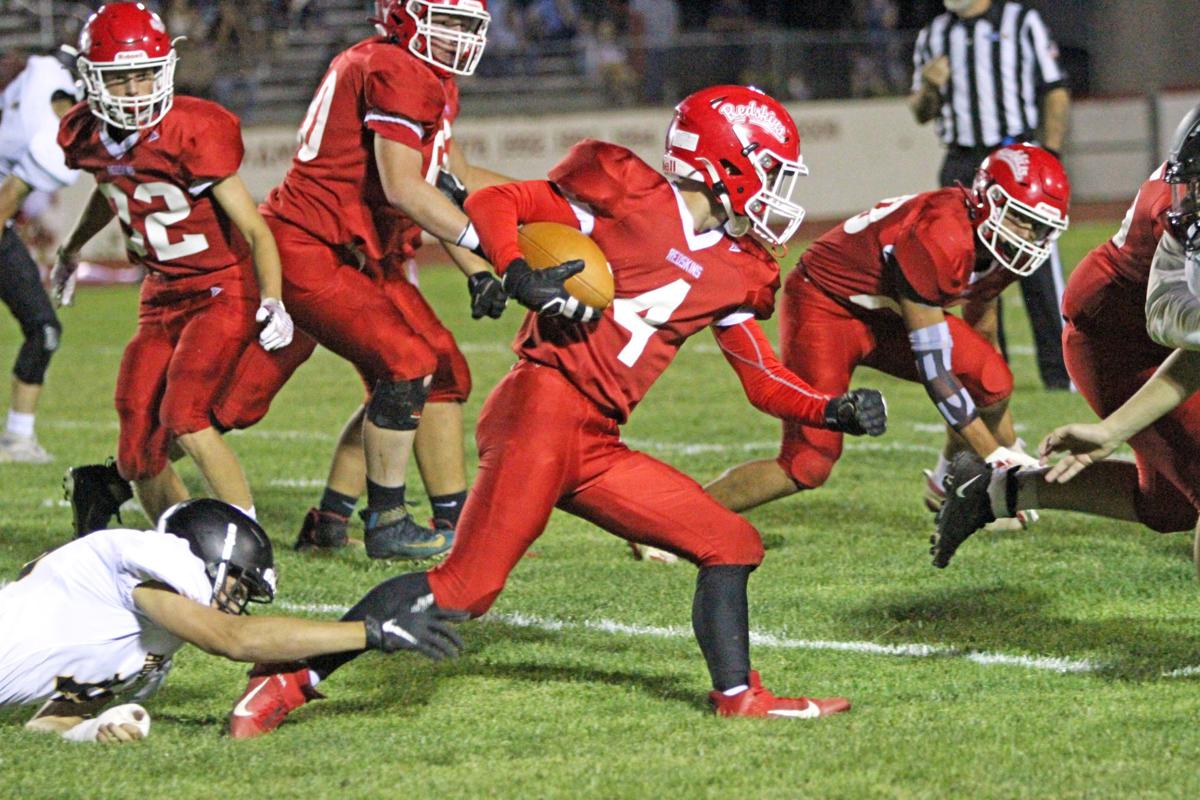 The dichotomy of special teams play manifested itself in Round Valley’s 62-20 nonconference victory Thursday in this longstanding rivalry.

James Thomas returned a kickoff for a 92-yard touchdown early in the third period for the Redskins’ first points, making the score 28-6. Thomas, the creative St. Johns quarterback, scored a 1-yard touchdown on the next drive to cut Round Valley’s lead to 28-14.

The first of the two crucial kickoff plays came next. Jovan Ortiz took the ball 95 yards for a score that gave the Elks a 35-14 lead at 6:34 of the third quarter.

Instead of trying a squib kick as planned, the Redskins kicker sent the ball to the 5-yard line where Ortiz was waiting.

“The kid kicked it deep right to (one of their best kids.) We thought we were back in it but (for) that little lapse there,” St. Johns coach Mike Morgan said, laying the blame on a coaching mistake. “Part of our kicking game was really dumb. The mental edge shifted totally. That’s football. Communication breakdowns are bad on the sidelines.”

When the Elks, now 3-0, kicked off the ball went sideways for an onside squibbed kick they recovered at the Redskin 45-yard line. Four plays later, Seth Wiltbank scored from 2 yards out to give the Elks a 42-14 lead.

Not only did the kick catch the 1-2 Redskins off guard, Round Valley coach Brad Baca also was surprised.

“We were trying to squib kick it so the Thomas kid wouldn’t have a chance to return it. First of all, it worked out in our favor so we were happy about that. We didn’t call it, though,” Baca said.

Baca also said he was surprised that St. Johns kicked the ball so Ortiz could show off his speed and running skills. The senior had one kickoff TD earlier this season and has had “quite a few” in his three years as an Elk return man.

“I still get surprised people still kick to him. Every time he touches the ball I’m thinking he’s taking it. He has a chance to take it back for a touchdown. Sure enough he broke one and he was gone, and it was at a huge time for us because we needed an answer,” Baca said.

In addition to that score, Ortiz caught a 33-yard scoring pass from southpaw quarterback Ryker Marble and rushed for a third touchdown.

“It was his birthday too, so it was a special day for him. We’re proud of him and we’re happy for him,” Baca said.