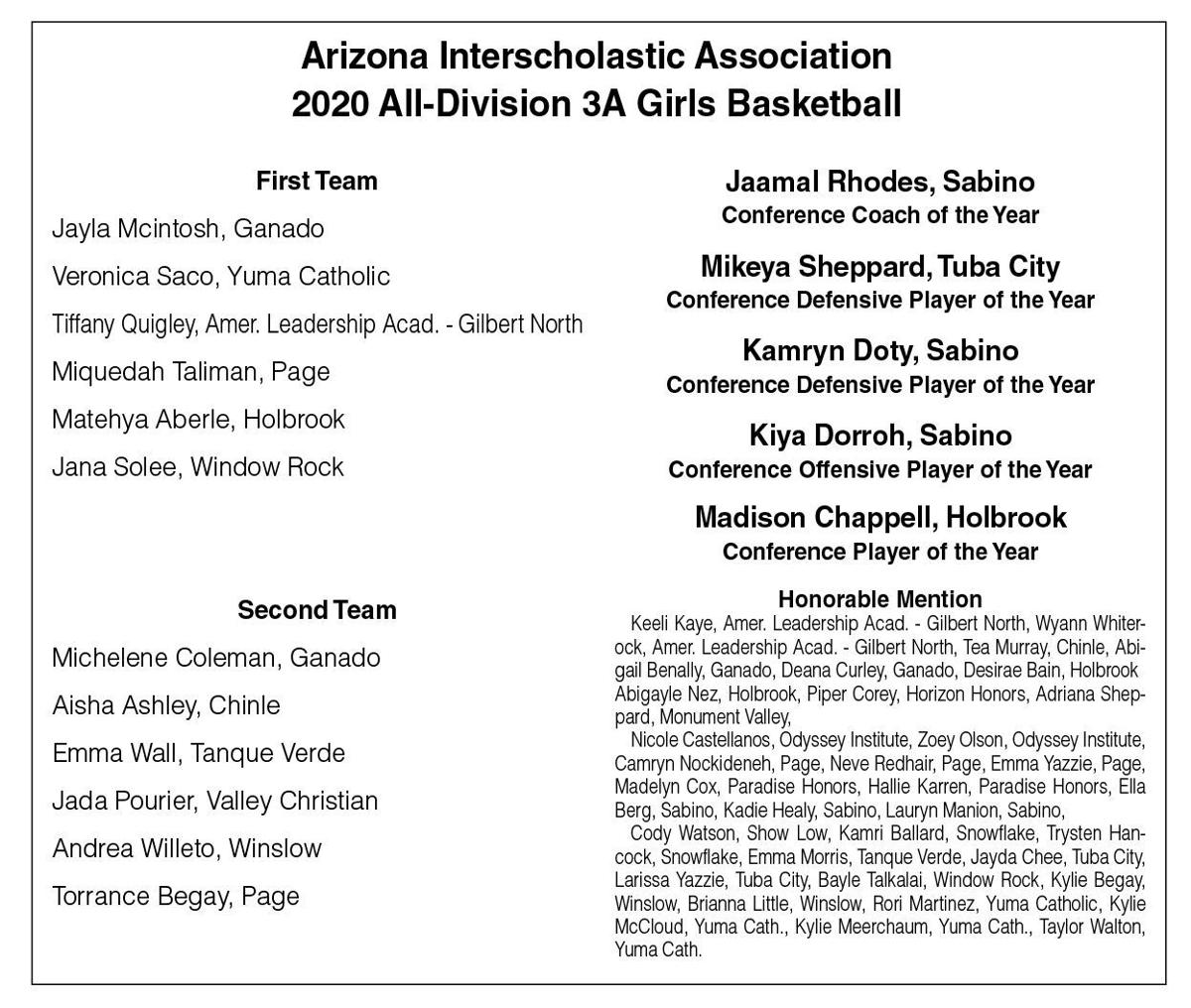 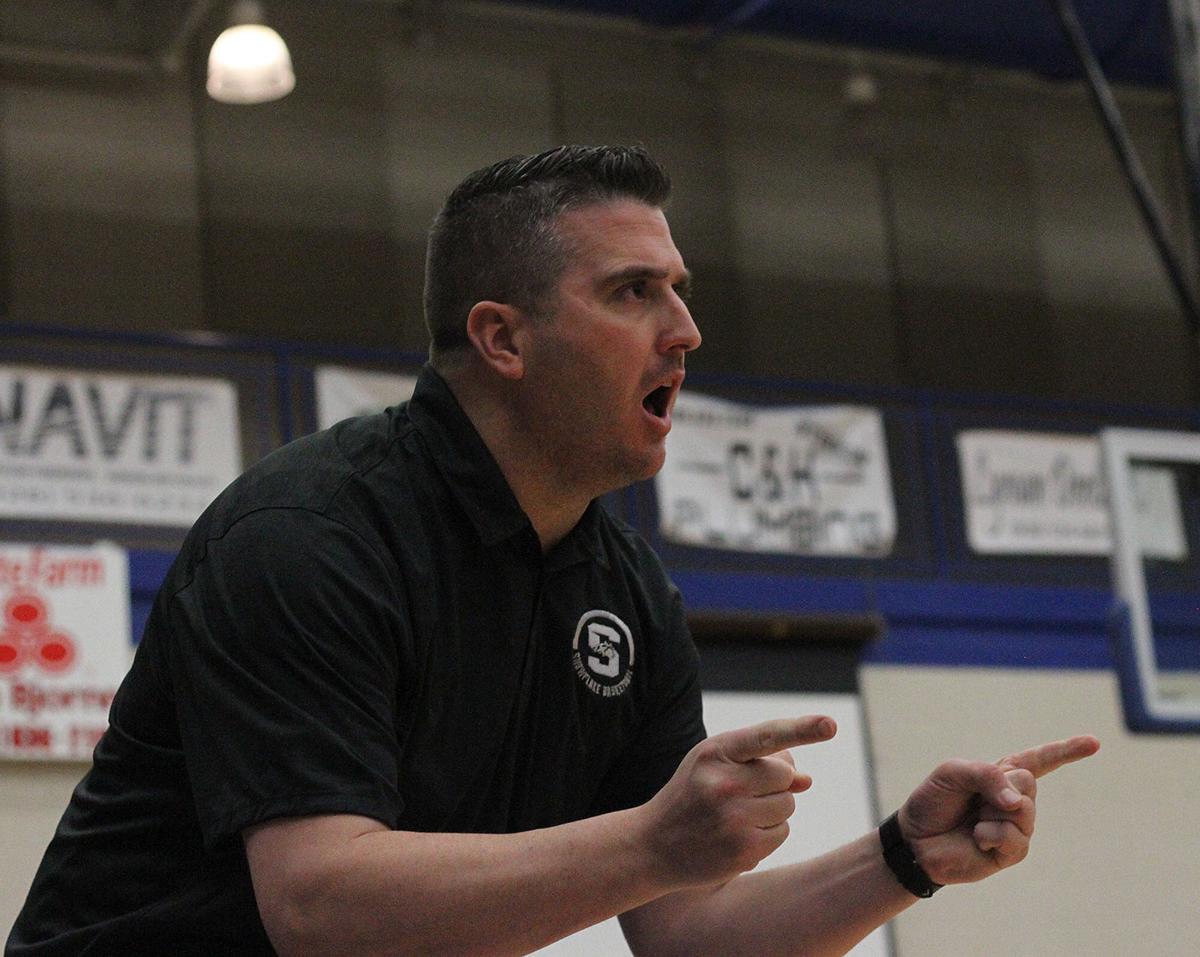 Snowflake High School Head Basketball Coach Joseph Clare is the 3A East Coach of the Year for 2019-20. 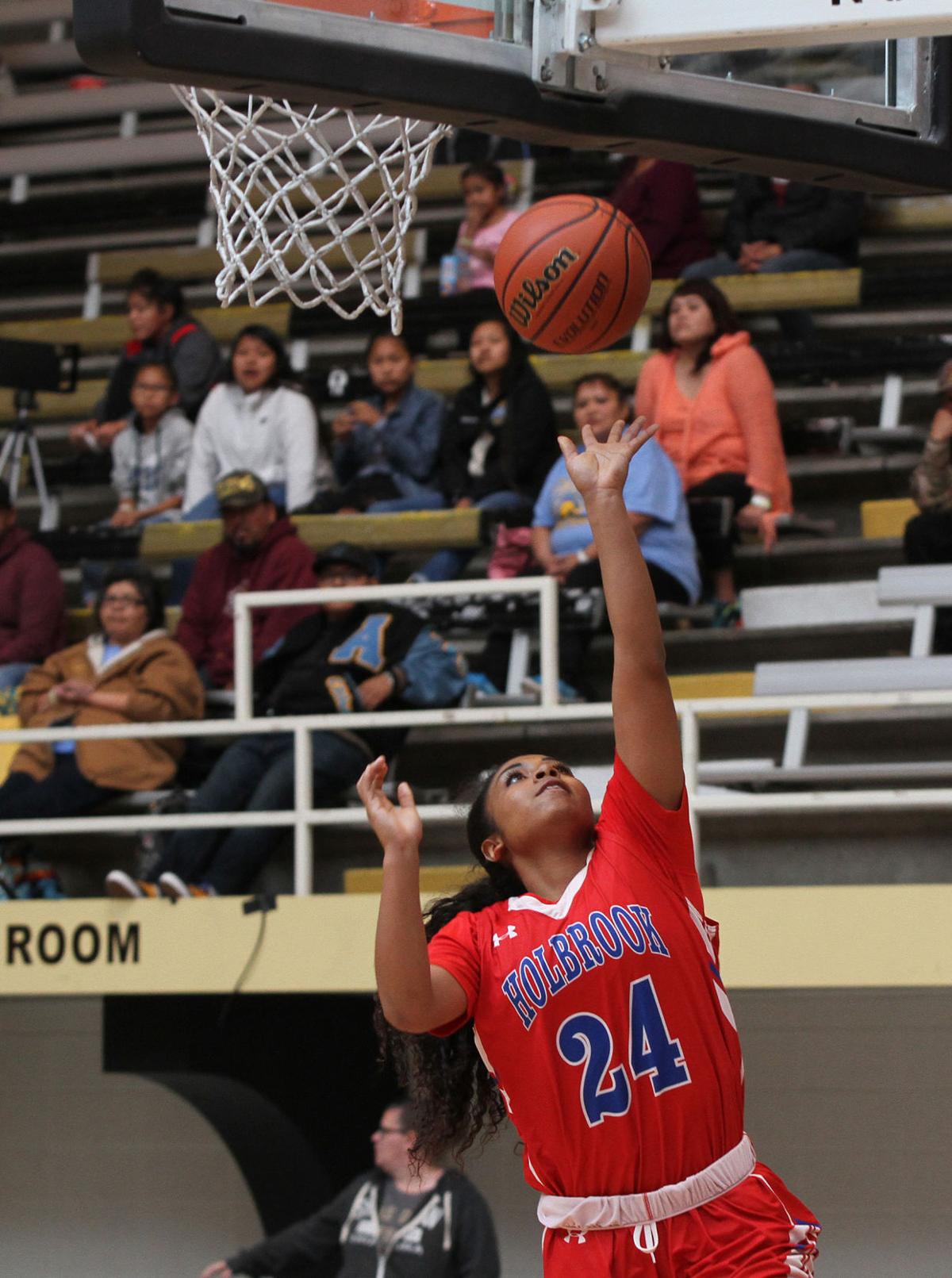 Holbrook’s Madison Chappell is the 3A East and 3A state Player of the Year, as selected by the division’s basketball coaches after last season. 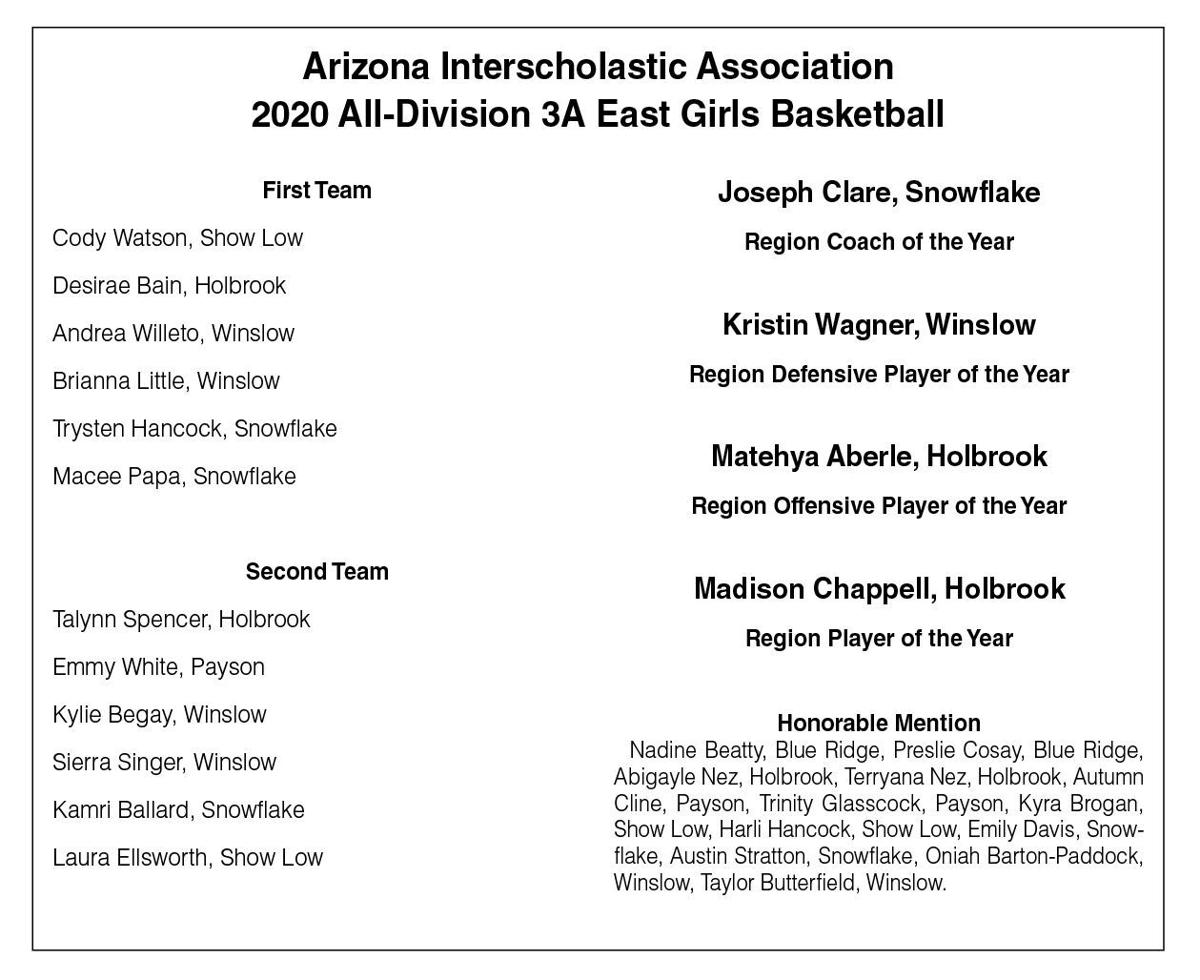 Snowflake High School Head Basketball Coach Joseph Clare is the 3A East Coach of the Year for 2019-20.

Holbrook’s Madison Chappell is the 3A East and 3A state Player of the Year, as selected by the division’s basketball coaches after last season.

After last winter’s basketball season, coaches selected Holbrook senior Madison Chappell as the East region and state Player of the Year for Division 3A.

The 2020 graduate was second in the state in rebounding with 10.0 per game as well as in steals (5.8 per game) and she averaged 12.0 points and made 100 free throws (also second in 3A – 71% from the line) last season. She was also sixth in the state in assists (3.9 per game), leading the Roadrunners to the quarterfinals of the state playoffs.

Snowflake head coach Joseph Clare was selected 3A East region Coach of the Year after leading the Lady Lobos to a 22-8 overall record, including a 6-4 mark for third place in the region. As the No. 13 seed, his team advanced to the third round of the 24-team state playoffs, and defeated No. 20 Gilbert Christian (49-19) and No. 4 Florence (52-43) in post-season play. A 44-39 loss to No. 5 and state semifinalist Ganado ended Snowflake’s 2019-20 season.

Matehya Aberle, a Holbrook junior, was selected as 3A East Offensive Player of the Year, and she was also a first-team all-state selection.

Kristin Wagner of Winslow, who led the Bulldogs with 3.0 steals per game, was selected as the 3A East Defensive Player of the Year.

Cody Watson of Show Low, the Cougars’ leading scorer and playmaker, is a first-team all-region and honorable mention all-state selection.

Trysten Hancock, a Snowflake junior, is a first-team all-region and honorable mention all-state selection. Hancock led the Lobos in assists with 2.1 per contest. She was second on the team in scoring with 8.1 points per game.

Holbrook’s Desirae Bain, who led her team in three-point shooting, Winslow senior Andrea Willeto (11.8 ppg, 7.5 rpg), who led the state by making 57% from three-point range, and Brianna Little (second in the state in assists – 4.8 per game) as well as Snowflake’s Macee Papa (team highs of 10.4 ppg, 5.9 rpg, 2.1 apg, and 2.5 spg) round out the first-team, all-region selections.

Tucson Sabino, the 3A state champion, swept three of the top spots on the all-state team.